And the gozadera was mounted. In the media they have been so much on the subject of Stockouts that some already believe that we are going to become little less than Chuck Noland, but without the possibility of getting a Wilson to chat for a while in a scenario of extreme shortages.

I’m surprised people haven’t already rushed out in droves to hoard ass paper o ear swabs or even wiping out the world’s stockpile.

In El País they reassure us securing that we won’t be short of gin and toys for Christmas, which will ensure that western civilisation does not collapse thanks to gin and tonics.

In ABC they twist the alcoholic alarm even more and under the headline headline the headline“Global shortage: towards a Spain with no choice?“, which invites you to pull your hair out and run around in circles screaming, is how they start their article:

“Alcohol is not just leisure, it is part of our culture. That’s why the lack of bottles on many shelves is becoming a cause for concern. Brexit, the maritime trade crisis and rising energy prices threaten to spoil the upcoming celebrations”.

But the nonsense doesn’t stop there: can you mix and match this pod with confinement, ETA, some independence, a meteorite, some Frenchman and a couple of aliens? Of course, without anyone holding your drink.

“The Spanish people can bear without complaint a confinement, an illegal suspension of their fundamental rights, unemployment figures typical of an underdeveloped country, the government making deals with terrorists who kill their own comrades, pardoning coup plotters because it suits a pivotal wing, a meteorite falling, the French invading us or even aliens. But, even so, there is a limit. And that limit is a situation of alcohol shortage, of course, which is the only one that has been able to set off all the alarms”.

This text is not presented as what it is, an opinion or a supposedly satirical piece. Quite ridiculous, by the way. It is under the“Economy” section. A teaser of a paid-for article that makes me prefer to throw the 50 euros they ask for a subscription into the sea rather than give it to the publishing company.

If you consider yourself one of those who still believes that the capitalism is not going to allow you to buy with two hands as if there were no now and no tomorrow, either you were born yesterday or you have just woken up today after having spent 35 years in coma. 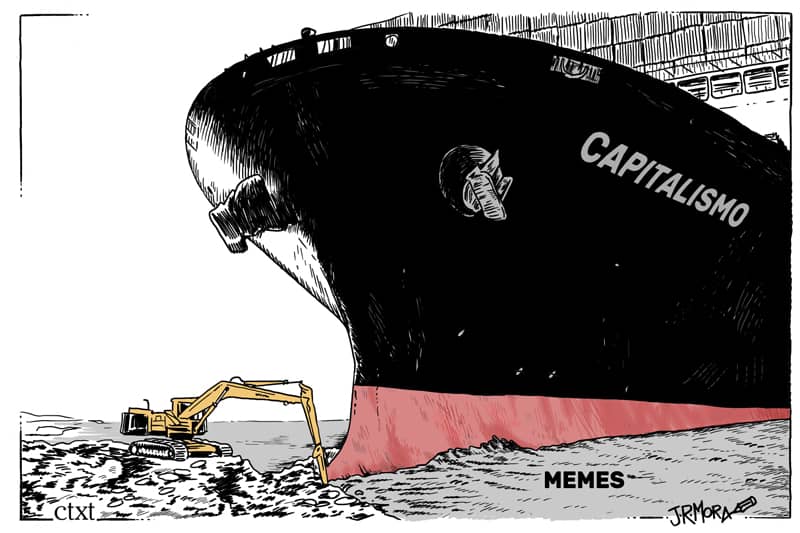 Wild capitalism for everyone