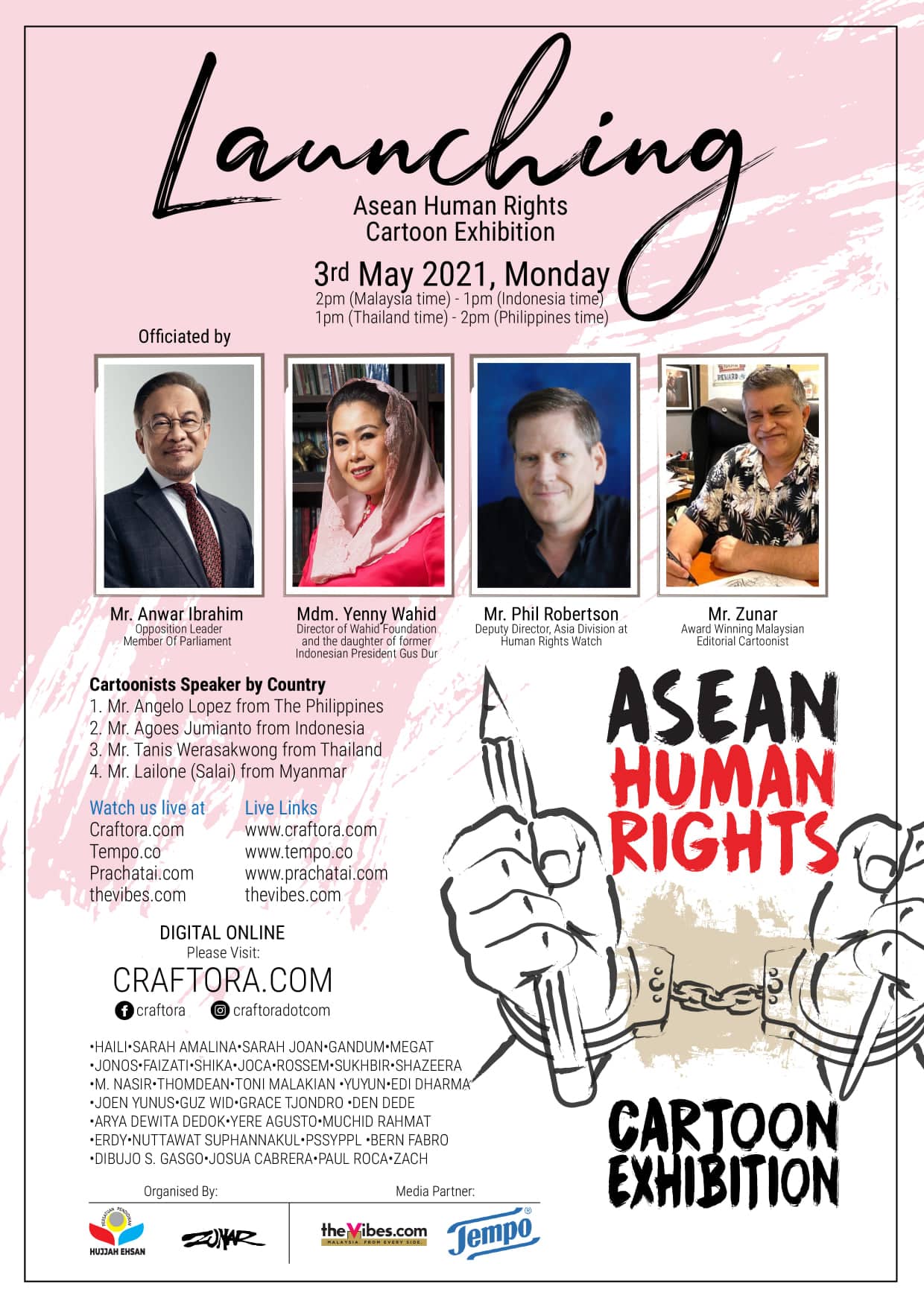 Throughout this month, the Association of Southeast Asian Nations (ASEAN) is hosting a virtual exhibition of human rights cartoons.

The free exhibition has been organised by the Malaysian cartoonist Zunar and the non-profit organisation Hujjah Ehson. The exhibition runs from 3 to 31 May and features 100 critical cartoons by 37 artists representing Malaysia, Indonesia, Thailand, the Philippines and Myanmar.

Two ASEAN Human Rights cartoons by the Filipino cartoonist who signs his name as PSSYPPL.

Zunar told the tempo magazine that: “Exhibiting works on human rights is very important. There are many cartoonists from ASEAN member countries who are able to harshly criticise foreign governments – such as North Korea, China and the United States – but remain silent when it comes to human rights issues in their countries. This exhibition will give them the opportunity to do so.

ASEAN Human Rights completes the second gallery entitled “Solidarity with Myanmar“. The gallery is a response from the ASEAN community of cartoonists to the military coup that took place on 1 February this year. Since the coup, elected leader Aung San Suu Kyi and several members of her party have been arrested, and hundreds of protesters have been killed.

Their description reads: The solidarity gallery of human rights cartoon exhibition is our way of showing our support for our brothers and sisters in ASEAN. The cartoonists use their pencils to create symbols of solidarity with the people of Myanmar and to defend democracy against the military regime’s coup d’état. The junta has violated democracy. We pledge to support an immediate ceasefire. The violence against the people of Myanmar must stop. 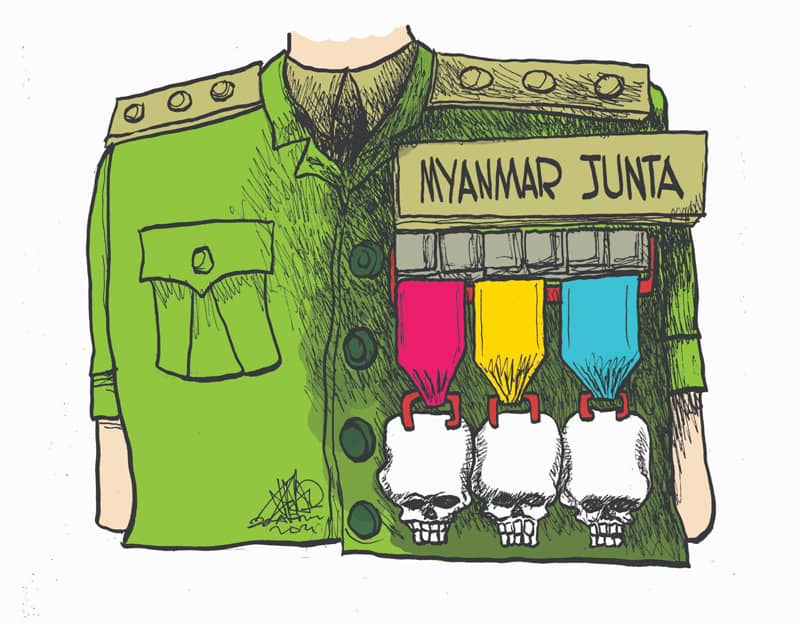 Cartoon by Zunar (Malaysia) on the coup d’état in Myanmar. 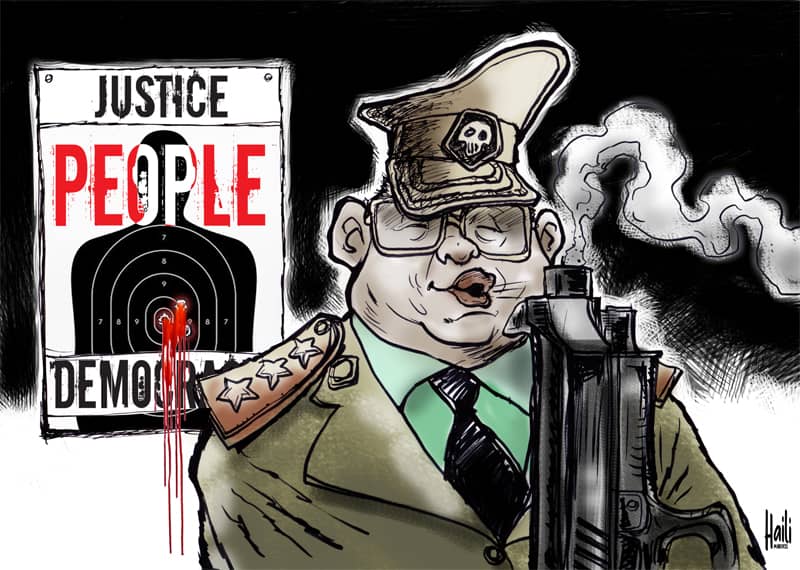 Of the Myanmar cartoonists invited to take part in the exhibition, only one, Salai, dared (or rather took the risk) to participate.

This exhibition comes at a time when press freedom is in decline in Southeast Asia. A recent report by Reporters Without Borders found that artists are, or have been, under pressure from the government and their fellow citizens to censor themselves.

Malaysian artist Fahmi Reza, who has been imprisoned for his work, said: “It is no exaggeration to say that being a political cartoonist in Malaysia is a dangerous and risky job“. Unlike several decades ago, more and more artists are able to reach more audiences on social media. An increase in audience is an increase in power, something governments may not like.

Another Malaysian artist, Sarah Joan Mochtar, added: “Our strategy is to draw; to give power and knowledge back to the people.

There has been some opposition to the show and attacks on the exhibition’s website have been reported. On 8 May, Zunar led a forum with other cartoonists entitled “Cartoonist – Enemy of the State”. During the event, there were 100 hacking attempts from 50 different IP addresses. Such a coordinated attack led Zunar to claim that: “There is a pattern to these attacks. They seem to be carried out by a specific group”.

When asked who could have carried out the attack, Zunar said: “It could be from our country or from other ASEAN nations. This is the first time an exhibition of satirical cartoons has been held in ASEAN”.

You can visit the exhibition here.

Zunar, the cartoonist eternally persecuted by the Malaysian Government