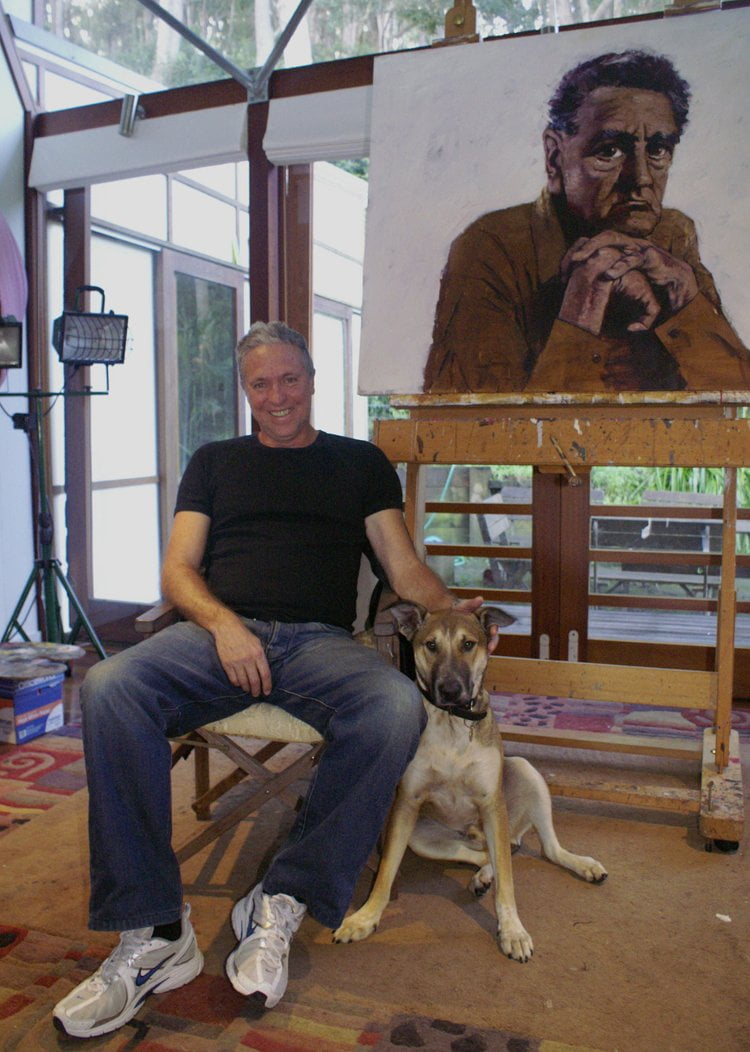 Australia’s most controversial painter, writer and cartoonist, Bill Leak, has died at the age of 61 in Gosford Hospital, reportedly of a heart attack. The announcement was made by Paul Whittaker, editor-in-chief of The Australian, for which the cartoonist had worked since 1994.

In his last public appearance, at an event on Wednesday 8 March promoting his latest book, “Trigger Warning: Deplorable Cartoons by Bill Leak“, he said that political correctness was a “poison that attacks the sense of humour”.

There were more than a few who rejected his ideas and approaches; many saw in his cartoons hate speech. An image that the cartoonist had earned. So many of the “farewells” to the cartoonist on Twitter recall those racist messages and those against the LGTBI community and other groups.

Leak’s messages in his drawings were always surrounded by controversy and he became known beyond Australia because of a couple of cartoons that created controversy amplified by social networks.

One of them, published on 4 August 2016, outraged the Australian indigenous community, who protested against the cartoon, which they considered racist.

The image prompted The Australian and the cartoonist to be warned of a possible investigation by the Human Rights Commission for breach of section 18C of the Racial Discrimination Act. The case was closedin November 2016 without investigation. 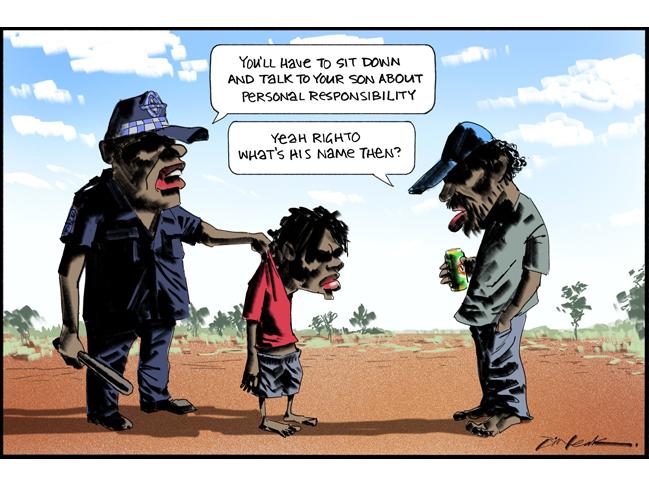 On 26 September 2016, he once again upset more than a few people. He compared gay marriage activists, and by extension the entire collective, to Nazis.

The cartoonist depicted them parading as members of the Waffen-SS. Dressed in the colours of the LGBTI flag and carrying a spiked bat over their shoulders. He also added the caption “SSM”, same sex marriage, in reference to the debate on the possible national referendum on same-sex marriage being considered for 2017 in Australia. Read fullstory. 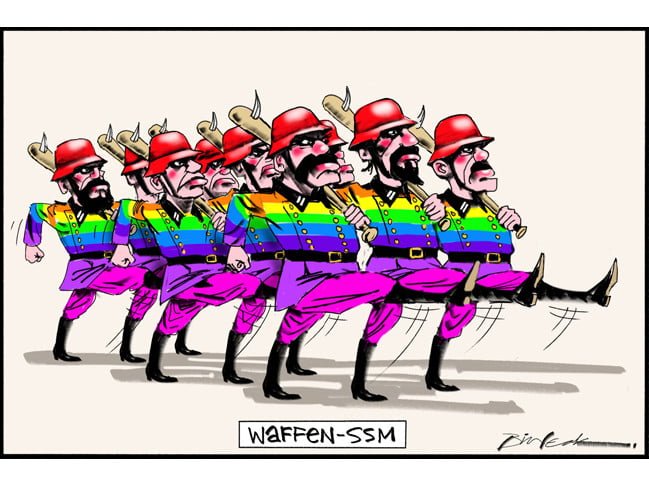 According to autobiographical details published in its websiteBill Leak, painter, writer and cartoonist, was born in 1956 in Adelaide, Australia. In the mid-1970s he studied drawing and painting at The Julian Ashton Art School in Sydney. He began exhibiting his work in 1978 while living in Germany.
He returned to Australia in 1982, exhibited in Sydney and began his career as a cartoonist at The Buletin.

He worked at the Sydney Morning Herald from 1985 until 1994, when he began publishing in The Australian.

His work as a cartoonist did not take him away from painting and he continued with exhibitions, most notably portraits. The Manly Art Gallery presented a retrospective of his portraits in December 2013.
Leak won two News Awards for Cartoonist of the Year, 9 Walkley Awards for Excellence in Journalism, 19 Stanley Awards from the Australian Cartoonists’ Association and was a finalist for the Archibald Prize twelve times.

The critic Robert Hughes, whose portrait Leak also painted in 2001, described him as “the best painter never to win the Archibald Prize”.

Johannes Leak “inherits” his father’s job at The Australian newspaper