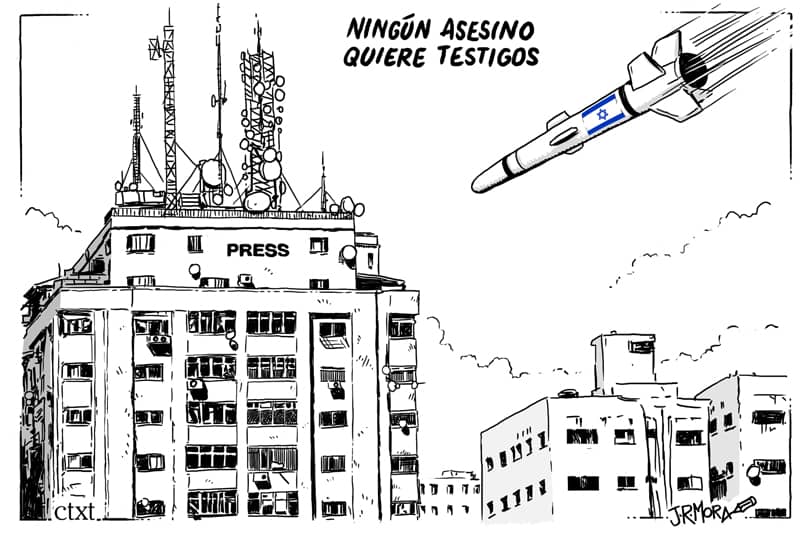 “No killer wants a witness”

Israel against the press.

The Israeli army on Saturday attacked a building in the Gaza Strip housing the offices of the Al Jazeera television network and the Associated Press (AP) news agency.  According to the AP, Israeli military authorities ordered the evacuation of the building an hour before the attack. Other sources say they had just 10 minutes to clear it.
The reason for clearing the building was, according to Israel, that there were terrorists and weapons in the building. All this was claimed without any evidence. Now, with the site reduced to pebbles, they no longer need to provide it.

Al Yalá Tower ended up as a pile of rubble.

Today, on the 9th day of bombardment, air strikes continue to destroy Palestinian homes in Gaza.

While all this is going on, the US has again blocked for the third time in a week a Security Council statement calling for a ceasefire in Israel and Gaza. There you have the true and only face of the Biden so applauded and celebrated by some sectors of supposedly patriotic progressivism.

At least 197 Palestinians have been killed in Gaza since the Israeli bombardment began, 58 of them children. By now there must be a few more…