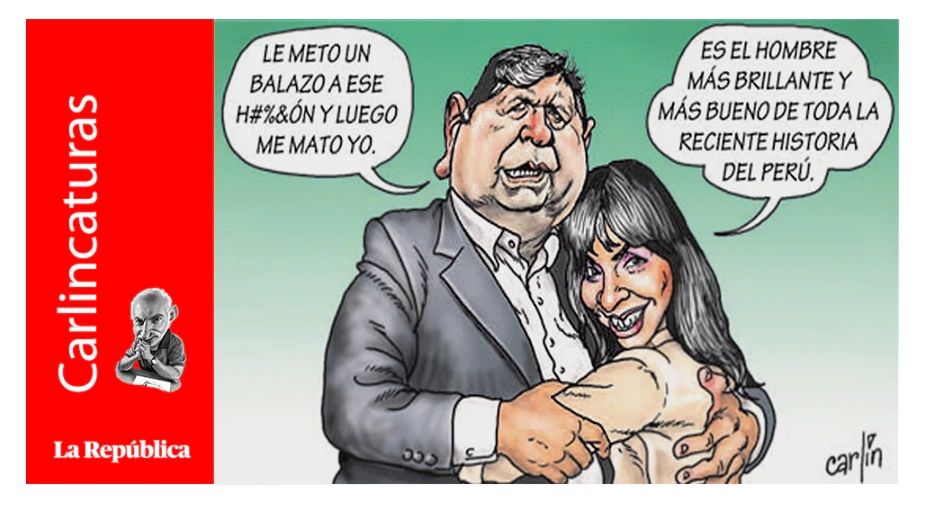 “I am receiving multiple threats by email, despite the fact that my cartoon

does not contain any insults or adjectives, it merely quotes the characters. If the daughter makes political statements, she cannot then say ‘nobody answer me because I am a grieving daughter'”. 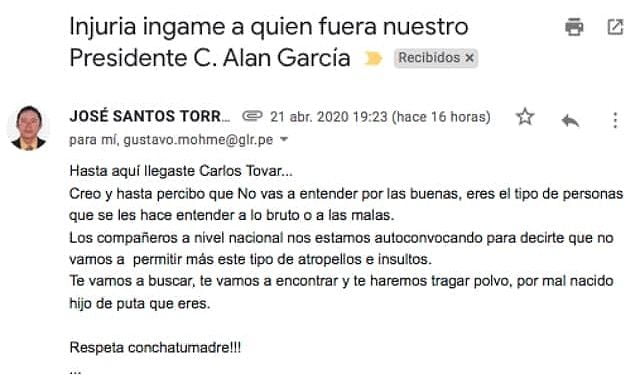 One of the threatening e-mails circulated by Carlos Tovar

The cartoon shows the missing former president of Peru, Alan García, who committed suicide by shooting himself in the head on 17 April 2019 when the National Police went to his home to arrest him in connection with the corruption investigation related to the case Odebrecht.

Alan García is shown embracing his daughter, who recently admitted in an interview that her father confessed to her several times that he was going to commit suicide. In this interview he also added that phrase that is now part of the vignette:

“I have had the luxury of living for 45 years alongside the most brilliant and good person in the entire recent history of Peru”.

Many of the threatening messages that Carlín has received do not stop at mere wishes or disqualifications, some of them openly speak of aggressions and others even point out his personal details and his address in Peru by publishing the messages are even pointing out his personal details and address in a more than obvious invitation to possible aggressions”

“You deserve to be beaten to a pulp.”

Of the insults and threats of aggression that the cartoonist has received, one small compilation can be seen on his Facebook account, a message from Salvador Heresi Heresi is a former congressman, former vice-president of the Peruvian parliament and former Minister of Justice and Human Rights (sic).

“The threats are well deserved, including being beaten to a pulp”. 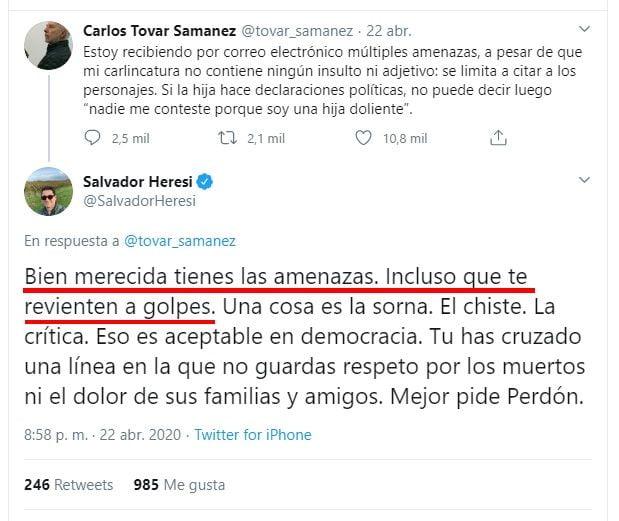 Fortunately, in the midst of all this rubbish, he is also getting a lot of support from fellow professionals and from other sectors. 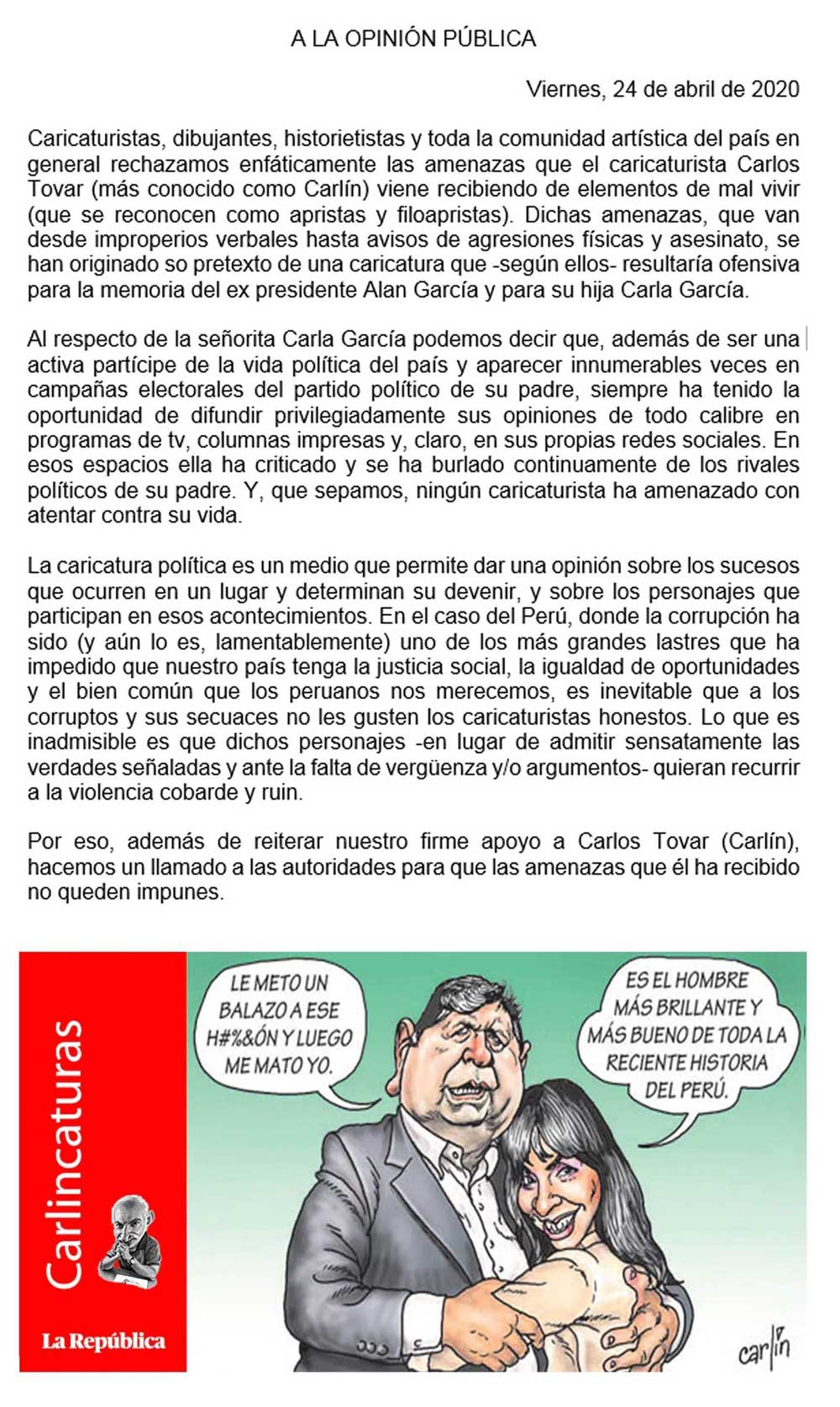 Cartoon by the Peruvian cartoonist Pepe Sanmartín in solidarity with Carlín.

I don’t know if the newspaper has published any note on the matter. Nor do I know if the cartoonist has filed a complaint with the police for the threats he has received, although the police could act ex officio the public prosecutor’s office could act ex officio. These and other doubts remain, and I have passed them on to Carlos Tovar to try to expand on this story a little more.

Needless to say, I would like to take this opportunity to declare once again my absolute repudiation of the hotheads who send these threats. My unreserved support for freedom of expression. Both comrade Carlín and any other cartoonist have the right to express their political opinions in the way they see fit without being persecuted, threatened or attacked for them.