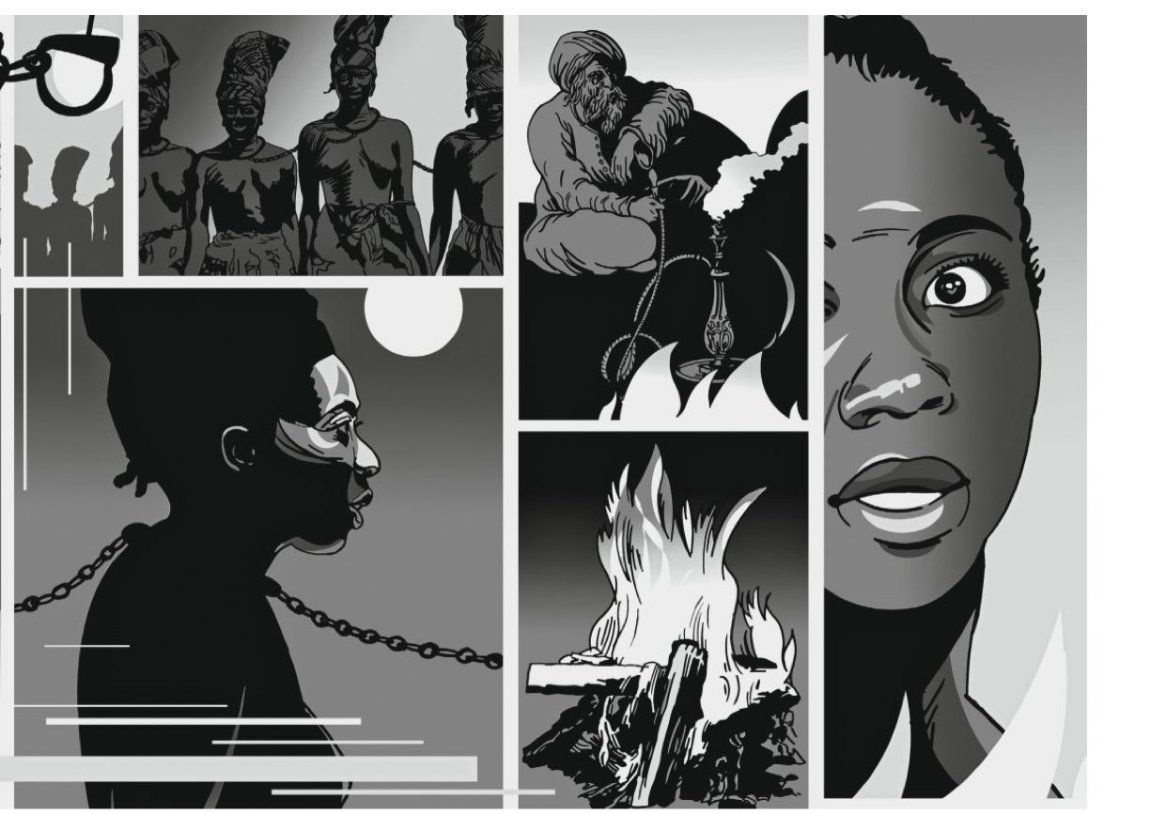 A cartoon in a comic strip by Pascal Garnier has been in the news in France these days and has provoked a big controversy, the images accompanying the cartoon were published in the French far-right magazine “Valeurs Actuelle” to a text published in the extreme right-wing French magazine “Valeurs Actuelle”, in which the French-Gabonese MP Danièle Obono was portrayed as a slave.

The article entitled “Obono l’Africaine”(Obono the African), a political fiction (as the magazine calls it), transported the MP for the left-wing party La France Insoumise back to the 18th century to experience “the responsibility of Africans in the horrors of slavery”. The image that triggered the complaints presented Danièle Obono as a slave, bare-chested and chained by the neck.

The MP described the illustration as “racist bullshit and since magazine insist the MP denied the accusations of racism and claimed that it had been taken out of context. Several organisations, including SOS Racisme, have not ruled out legal action, and almost the entire political class, including the President of the Republic and the Prime Minister, have condemned the publication and expressed their support for the MP.

On 31 August, the Paris prosecutor’s office opened a preliminary investigation into the French weekly for racist libel.