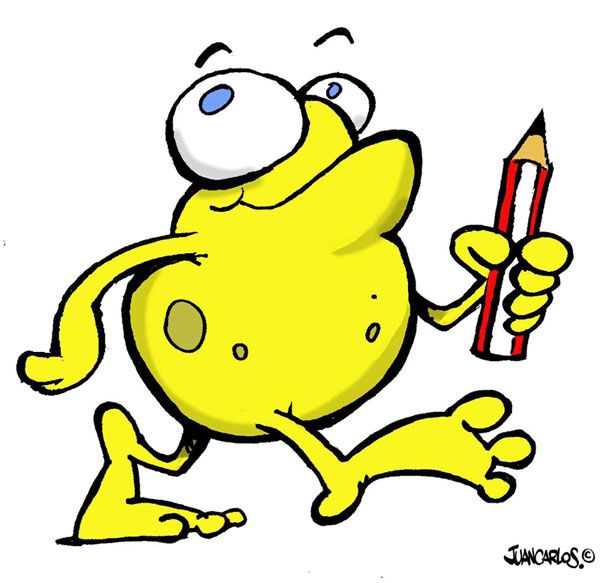 To many, this statement may seem like a truism at this point, but there seems to be no way to get it through the heads of some would-be dictators in your neighbourhood.

The phrase can be read in the sentence that suspends the punishment that the town council of Motril, Granada, handed down to a fireman as a form of revenge. It was the town council’s response to a text published in 2018 in the magazine The Yellow Batrachian in a section entitled “El Termómetro” (The Thermometer), signed by Javier Martín.

This is the piece of text in question, which appeared in issue 196 of May/June 2018. Here is the full issue in PDF, courtesy of its editors.

On page 20 of issue 201 of December 2018 (Download the full issue here), the batrachians told the story of the move after the conciliation procedure. They were forced to rectify the situation: 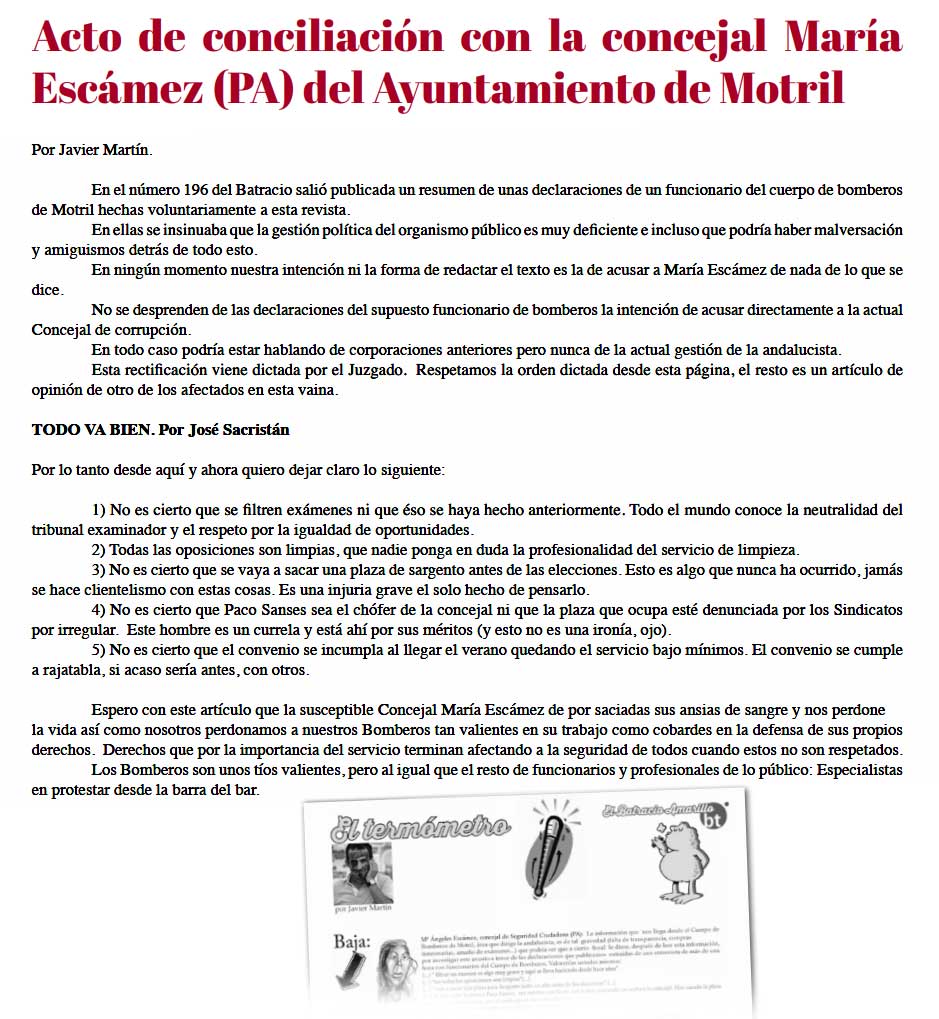 In September 2019, Luisa Maria García Chamorro (PP), mayoress of Motril Town Council, agreed to initiate disciplinary proceedings against the firefighter, the resolution provided for the suspension of duties for a period of 15 days, considering him“the author of a serious offence“, which consisted of“serious disregard for superiors, colleagues or subordinates“.

A year earlier, in November 2018, the processing of the case was put on hold as the Andalusian High Court of Justice Prosecutor’s Office was informed of what had happened, “in case the facts of the case could constitute a crime”, a criminal investigation that was shelved by the Provincial Prosecutor’s Office of Granada, as it did not consider “that the facts should be answered in the criminal sphere”.

The story is told by more details in Granada Hoy, but I didn’t want to pass up the opportunity to report it because the balance of the echo always tends to be tipped towards convictions, fines, etc. and it is usually passed over very lightly when those who lose in court are the always despicable mediocrities who prostitute the authority lent to them and use it to repress freedom of expression.

El Batracio Amarillo, the magazine with the most complaints in democracy

Since it first appeared, back in 1994, the Batracio has been filling a large boot with complaints, citations and sentences until it is bursting at the seams.

Between 1997 and 2003, and beyond, one of the longest and crudest court battles in living memory was fought, between the satirical magazine “El Batracio Amarillo“and on the other the PSOE of Motril (Granada) and the socialist mayor Luis Manuel Rubiales. An interminable exchange of lawsuits, threats, satirical articles and cartoons and even a cross accusation of physical aggressions.

El Batracio Amarillo, although they won most of the lawsuits, did not come out of all the judicial episodes in good shape, which left them with a big hole in their pockets and many sentences for their editor, but the magazine did not stop criticising and denouncing the arrogant attitude of the Town Hall, which tried to shut them up and take them out of circulation with the judicial bombardment they were subjected to.

Antonio José Martín Merlo, alias “Gato”, director and cartoonist of the humour magazine El Batracio Amarillo, has been convicted of insulting and slandering the mayor of Motril, Luis Manuel Rubiales López. The sentence punishes him with more than 8,000 euros and a year in prison for a cartoon, a sardonic pastime and an epigram in which he denounced alleged political corruption.
You can read a good summary of the judicial journey of the Motrilian magazine and the story in the mouth of one of its protagonists on page 79 of the book Where are the limits of humour? by Manuel J. Romero Herrera, which can be found download here for free.