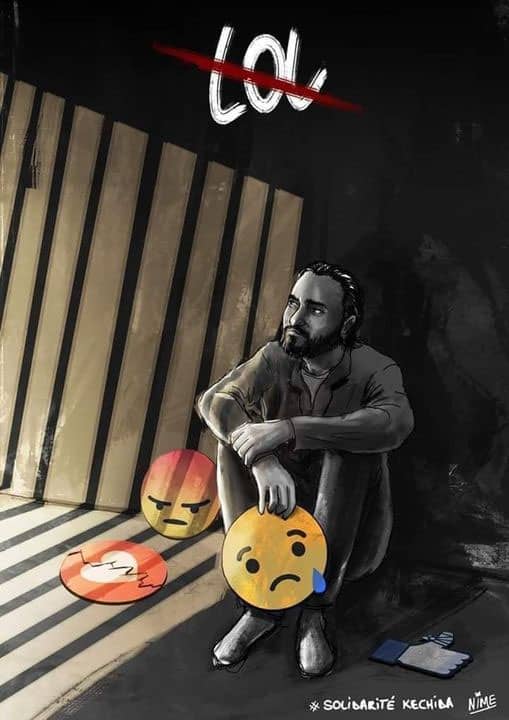 Cartoonist Nime (also arrested in November 2019) in solidarity with Kechida

Twenty-five-year-old Algerian Walid Kechida has been sentenced to three years in prison and a fine of 500,000 dinars (about 3,000 euros) for publishing memes satirizing the state and religion, according to the National Committee for the Liberation of Detainees (CNLD).

The general prosecutor’s office was asking for Kechida, who has been held in custody since his arrest in April 2020, to be sentenced to five years in prison and a half-million dinar fine.

The activist of the Hirak movement and founder of the “Hirak Memes“ group on Facebook, was accused of “insulting the president” and “the precepts of Islam” and “disregarding a constituted authority“.

The reason for this is  for the publication of a series of memes with different plots on the Algerian government and other authorities, as well as the president of the country, Abdelmadjid Tebboun.

This condemnation is just one more in a long list of persecution actions that include arbitrary arrests of militants and sympathizers of the Hirak movement in Algeria.