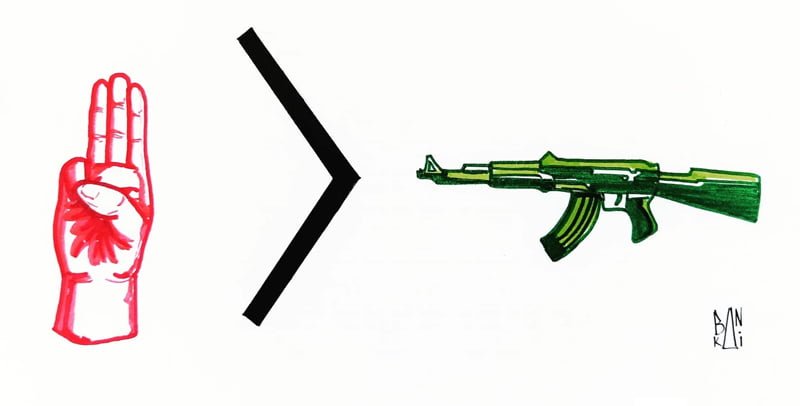 On 1 February the military staged a coup d’état in Myanmar. The result was the arrest of elected leader Aung San Suu Kyi and members of the National League for Democracy (NDL), which had won the election by a large majority.

Dozens of protesters have since been killed and the Tatmadaw has declared a year-long state of emergency, triggering the birth of the Civil Disobedience Movement (CDM). 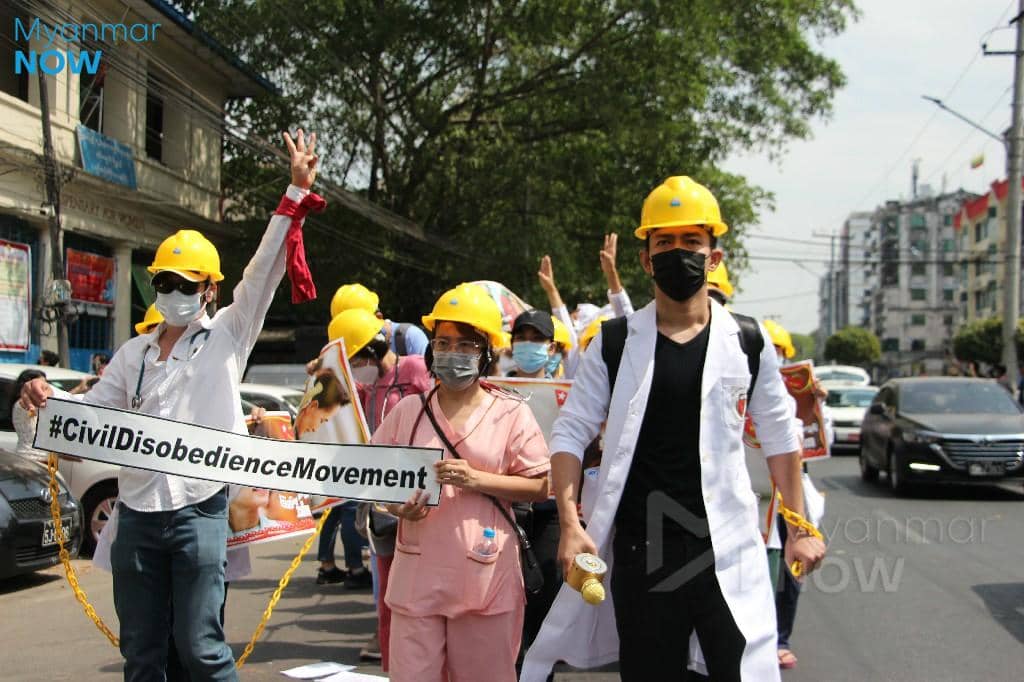 8 February 2021. Civil servants, including teachers, engineers, doctors and nurses, at a protest in Sanchaung Township, Yangon, as part of the civil disobedience movement. (Photo: Myanmar Now) 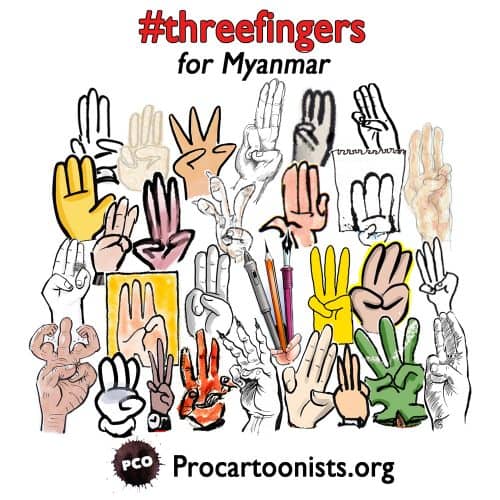 The Professional Cartoonists’ Organisation, in collaboration with Burma Campaign UK, is promoting a social media campaign to raise awareness of the current situation in the country and support local artists.

Some of its members have drawn themselves doing the three-fingered salute in protest.

The three-finger gesture is inspired by the three-finger salute of the inhabitants of Panem society as a form of rebellion against an authoritarian government in the “The Hunger Games” universe. 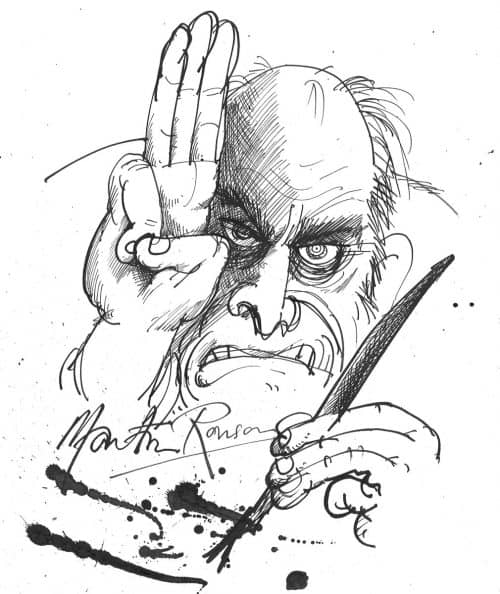 All works are exhibited on the Three Fingers website. The proceeds from the drawings sold will go to Mutual Aid Myanmar.

You can visit the gallery of cartoons received.