A Turkish prosecutor on Friday called for four members of Charlie Hebdo magazine to be sentenced to up to four years in prison. The reason is a cartoon depicting President Recep Tayyip Erdogan that once triggered a diplomatic conflict. 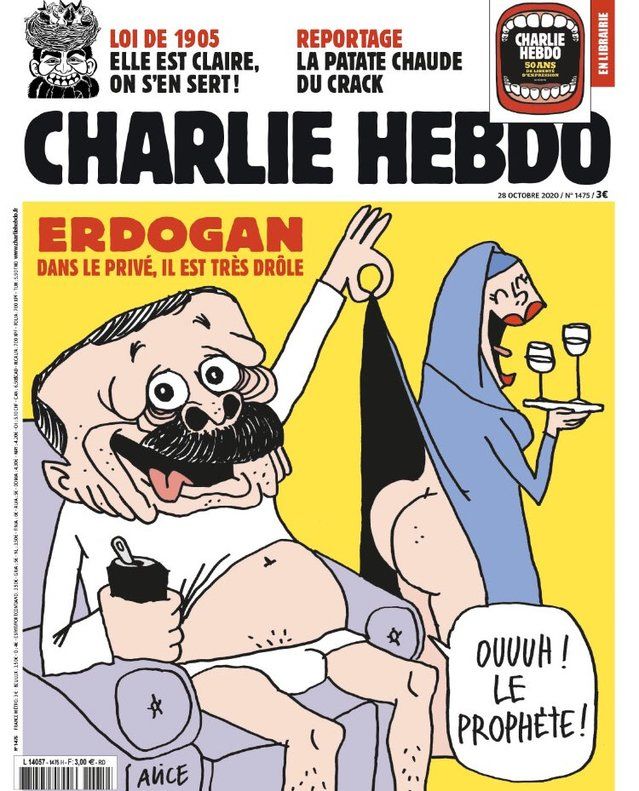 The cartoon in question was published in October 2020 on the cover of the satirical weekly and shows Erdogan on an armchair in his underpants, holding a beer can in his hand and lifting a woman’s skirt as he exclaims, “Ooh, the prophet!”

The indictment, which still has to be accepted by the court for the trial to take place, states that the cartoon is “vulgar, obscene and insulting”. They add that it has nothing to do with freedom of speech or freedom of the press.

A conflict from last year

Erdogan had called the image after its publication last year a “disgusting attack” carried out by ” bastards”.

The incident came amid a deep diplomatic row between France and Turkey, with Erdogan accusing his counterpart Emmanuel Macron of being anti-Muslim for defending the right of cartoonists to draw the Prophet Muhammad.

At the time, Deputy Culture Minister Serdar Çam went further and in a tweet addressed to the magazine said, “You are bastards. You are sons of bitches.”

The announcement of the indictment on Friday comes several days after Macron suggested Turkey would try to interfere in France’s upcoming elections and amid a dispute over a pro-Turkish association’s funding of a mosque in the eastern French city of Strasbourg.

Erdogan’s track record of lawsuits against vignetists and his insistence on persecuting and imprisoning them, even if they are outside his borders, is well known.

Teacher suspended in England for displaying a cartoon of Muhammad

According to a report by the EFE news agency, a teacher at a secondary school in northern England who showed his students an image of the Prophet Muhammad was temporarily suspended from his job after dozens of people protested outside the school.

The headmaster of Batley Grammar School, Gary Kibble, declared that the use of the drawing last Monday during a class on religion was “completely inappropriate” and said that the teacher has been removed from the classroom while the matter is investigated. He also added that the teacher “expressed his sincere apologies”.

Apparently the image shown was one of the cartoons published in Charlie Hebdo considered blasphemous and which unleashed a wave of anger in the Muslim world when the weekly republished them. It is impossible not to recall the brutal murder of French teacher Samuel Patty in October last year for showing cartoons of Mohammed, so the English school did not doubt to remove the teacher quickly.

Humor in trouble, compilation of cases (III)
Cases of cartoonists who have had problems of some importance because of their cartoons or satirical illustrations. There are also some stories of other people who, without being cartoonists, have had problems for sharing them.

When the government is the censor