One of the cartoons containing the box lost by Andrzej Krauze for which he is offering a reward. Source: The Guardian

Andrzej Krauze, a cartoonist for The Guardian since 1989, believes he forgot a box containing a stack of his cartoons on a London bus. He is now trying to get them back, even contemplating paying a reward to anyone who can help recover his lost cartoons.

Krauze, 72, is now appealing for anyone with any clues about his box, a sleek black A3-sized cardboard wallet. He is not sure whether he forgot it on the first leg of his journey, on the 328 from Chelsea to Notting Hill Gate, or the second, the 27 to Paddington.

“I was absolutely devastated” when he realised he must have left them on the bus, he told The Guardian.

“I was 100 per cent sure I had them with me. I don’t know what happened. It must have been something in my old brain.”


The author asks anyone with any information on the whereabouts of his lost cartoons to write to his email address: a.krauze47@gmail.com

In 1980 he was refused residency in England and moved to Amsterdam, where he worked as an illustrator for the newspaper NRC Handelsblad. A year later he moved to Paris and became a regular contributor to L’Express, L’Expansion, Lire and L’Alternative, as well as to the newly created “Solidarity Weekly” (Poland). A collection of Andrzej Krauze’s political cartoons on Poland is published by Nina Karsov, London. Martial law is declared in Poland.

In 1982 he is granted political asylum in the UK and settles permanently in London. His work begins to appear regularly in New Society, New Statesman and Tygodnik Nowojorski. In the same year, Kontakt Publishers (Paris) publishes his book “A Year of Martial Law”. 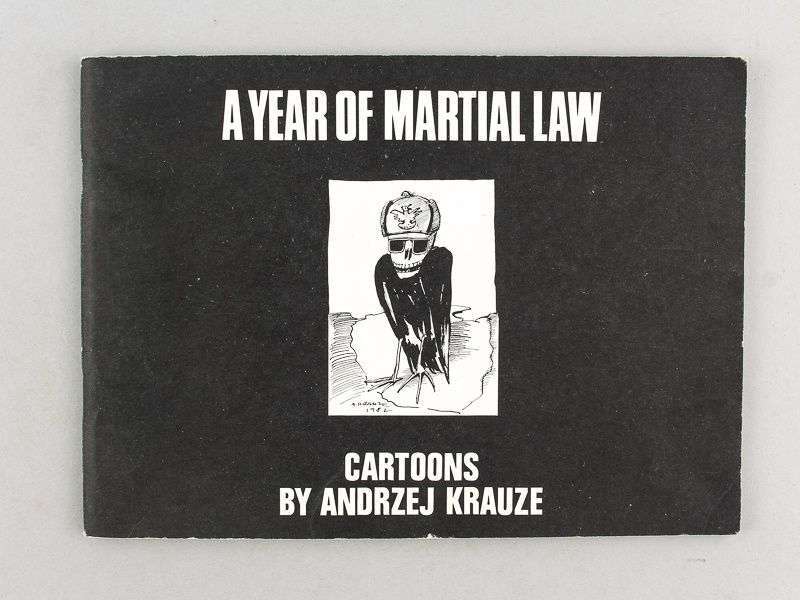 In 1989 he started working for The Guardian, where he has now published more than 5,000 drawings.

A retrospective exhibition of 2,000 of his cartoons will open in Warsaw on 21 February 2020.

The Guardian censors a cartoon on Jeremy Corbyn