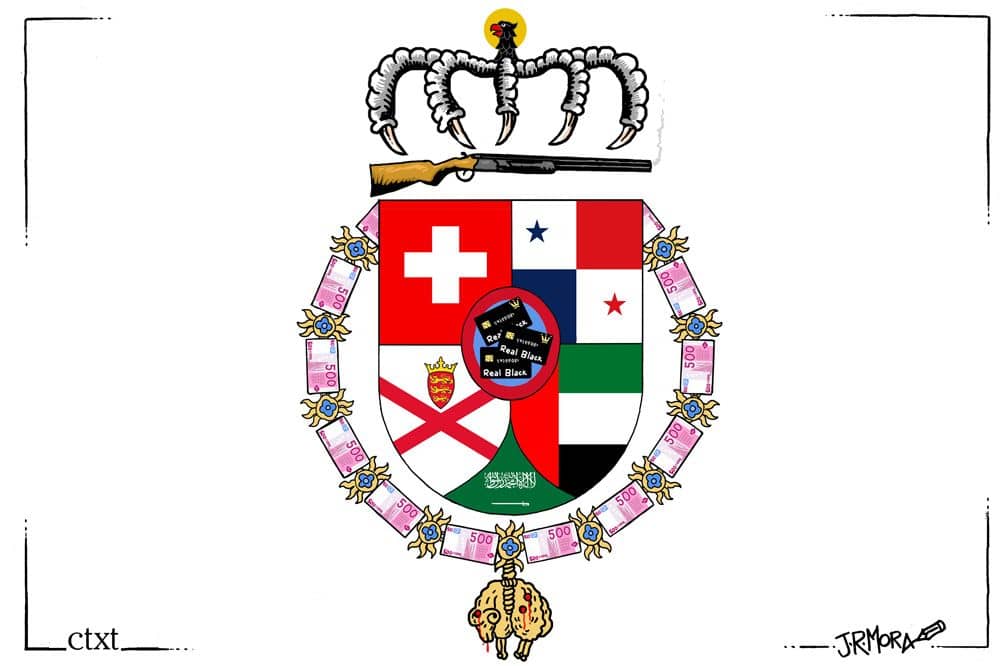 The coat of arms of the House

“I could stand in the middle of Fifth Avenue and shoot someone and I wouldn’t lose a single vote O.K? It’s unbelievable. 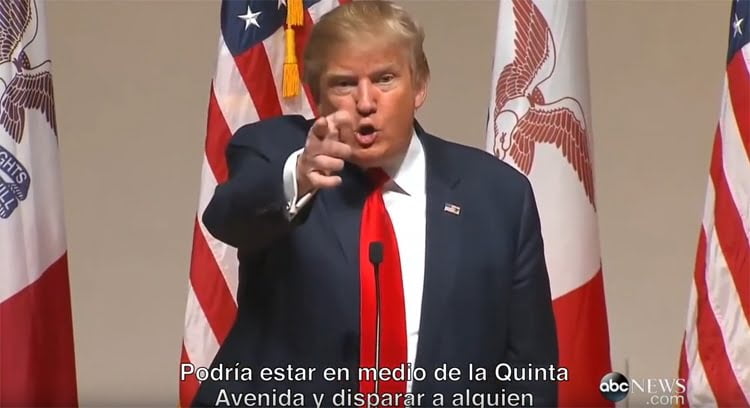 This reflection by Trump’ s lout in January 2016, referring to the polls, was just one of the many stupid things he had already spouted and would continue to spout.

However, the Donald is a mere trifle compared to Spain’s Chulo I, here we have a guy who is 40 times his size, one who has been making fun of everyone from the highest office of the State for more than four decades.

This is a man who was king by the grace of the dwarf dictator and is now still king, but now emeritus as a reward for his marvellous services and glorious deeds.

This guy from the Bourbon branch could walk around the Gran Vía of the capital in a G-string with a double-mouth clipper handing out shots to passers-by and he wouldn’t lose a single Juancarlista monarchist democrat-constitutionalist of all life.

What’s more, now it’s coming out almost every week, but not just a little thing to do at home, believe it or not. Nice moves. In his last known shenanigans, back in 2002, it is said that the president of Kazakhstan gave him suitcases containing five kilos of dollars after sharing two days of wild goat hunting with him in the mountains there.

Our country pimp also came back from that trip with a snow leopard fur coat in which he looked very handsome.

King Juan Carlos received a snow leopard coat in Kazakhstan, the trade in which was banned in 1975 because it was endangered

The CITES convention protects the most endangered species such as this feline of which there are barely 4,000 specimens left and which suffers from poaching to illegally sell its skin and bones
And the fact is that the vacile Bourbon feels a strong attraction for shooting living beings, whether he shoots seven goats in Asia, kills elephants in Botswana or kills a drunken bear in Russia with a single shot.

He combines this fondness for ripping the guts out of animals with three other great passions: playing Don Juan in someone else’s bed, yachts and other luxury vehicles, preferably given as gifts, and collecting fortunes that he hides all over the world.

Panama, Switzerland, the Island of Jersey, the Bahamas, Saudi Arabia, the United Arab Emirates and Burgos, Juanca has paraded his gallantry around almost the entire globe.

Although he is now parked in modest accommodation on the Arabian Peninsula so as not to harm Felipito with his bouts of Spanish testosterone, be on your guard because the day you least expect him to appear on television announcing his return to his homeland with a thunderous roar and a sleeve cut to close the broadcast by making the viewers bald.

And don’t doubt it, analysts and pundits would still say that this is a gesture that does him credit.