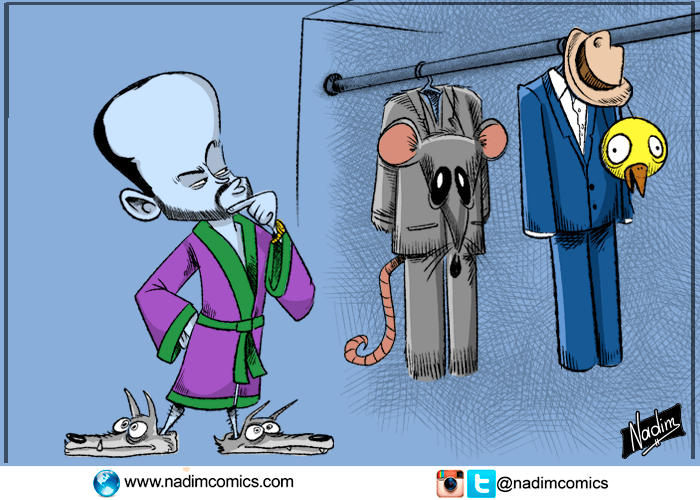 Another case for the list. Another passage with an attempt to curb freedom of expression in humour that I hope ends where it should end. In absolute nothingness.

The Colombian cartoonist Nadím had to go to court on Tuesday 15 October for an act of conciliation with Abelardo de la Espriella.

Now, the plaintiff requests that the cartoon be removed from the website of Las 2 Orillas and that the cartoonist also remove it from all the networks where he has published it.

I got in touch with my colleague Nadím so that he could tell me the details of the story of the complaint that had escaped me.

Context of the joke

The scene depicts the lawyer in his dressing gown and wolf slippers looking at his wardrobe and deciding which suit to wear. In the wardrobe hang two suits. One as a rat and one as a canary.

The caricatured character is a very mediatic and controversial ultra-right-wing lawyer. He is also “famous” for his permanent ostentation of luxuries and other extravagances and excesses. In addition, he has been questioned for illicit enrichment, among other things. Hence the rat suit.

The canary suit refers to one of his much-talked-about eccentricities. A year ago he released an opera album titled “De mi alma italiana” appealing to his supposed Italian roots which contained a cover of “O sole mio“.

Nadím tells me that what he intends to express in the vignette is just that, his two “faces”. One as a supposedly corrupt and corrupted man and the other as a singer.

To recount the details of his visit to the court, there is nothing better than the author’s graphic chronicle (initially published on video version)

For now, the outcome of this story is on hold. Nadím has chosen to ask for eight days to decide what his next move will be. Whether to remove the cartoon or leave it where it is.

The lawyer and plaintiff opened a thread on Twitter in which he starts by saying:“I love cartoons…. “and adds several vignettes, although displaying a good dose of hypocrisy, he crowns it with the corresponding murderous ” BUT “(Capture).

Nadím met this afternoon with members of the FLP Foundation for Freedom of the Press(Facebook – web) , to receive advice and prepare their strategy.

Nadím received the support of cartoonists, politicians and popular figures such as Matador, Vladdo, Carlos Cortés, Catherine Juvinao, Maria Antonia Pardo, Gustavo Bolívar and Maria Fernanda Carrascal. Supporters to which, of course, I add my voice.

The cartoonist Vladdo also took the opportunity to remember a cartoon he drew, very much along the lines of Nadím’s. 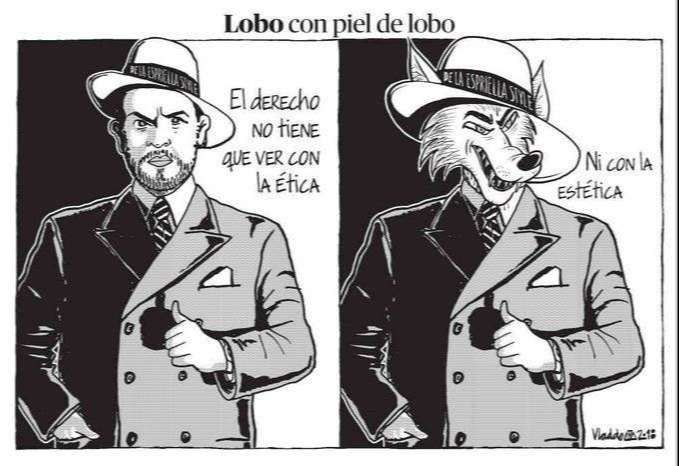 And if I’m going to remember, I also have a memory of comrade Nadím from an interview I did with him for the magazine MLPZ on 2 March 2016, from which I extracted this paradoxical and now humorous headline. 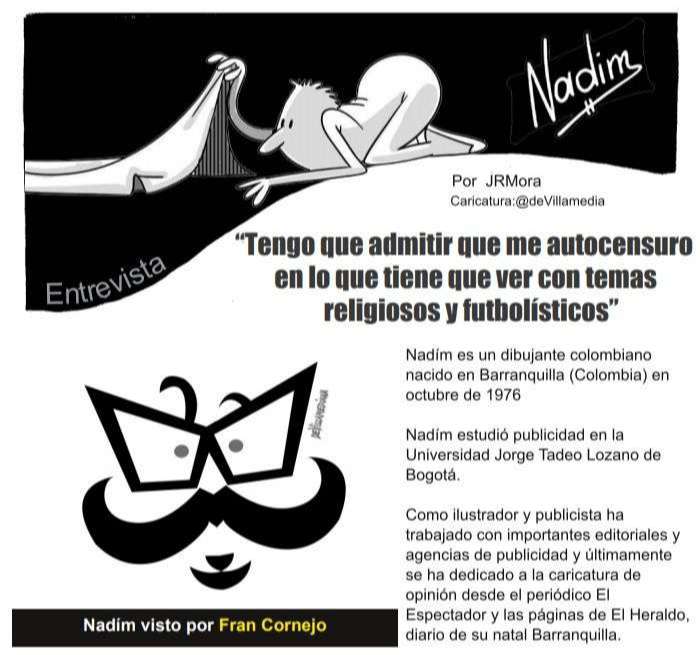 One of the questions was:

Do you think censorship exists? If so, to what extent and by whom or what group?

To which our friend Nadím answered with a prophetic and explicit self-portrait. 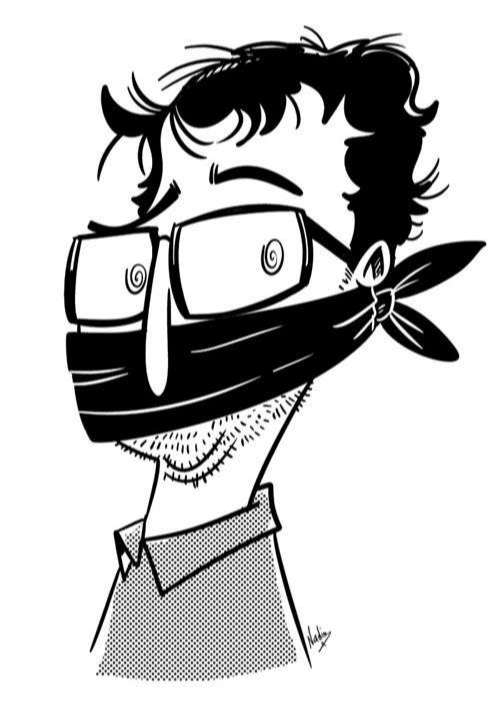 Update: The case was shelved just two months after the complaint, the matter was not even fit for trial.

Another good slap in the face for aspiring tyrants, censors and enemies of free speech.