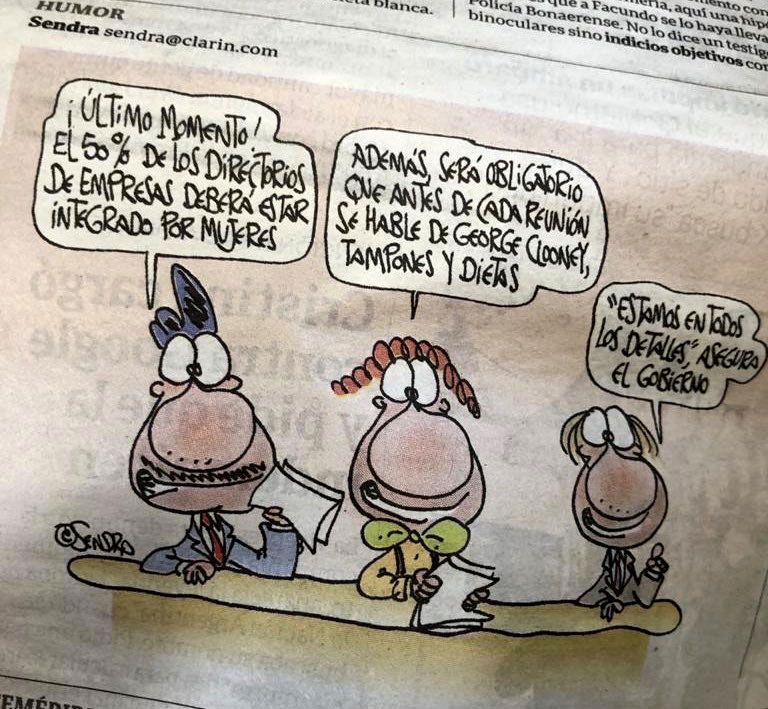 In the picture, three news presenters say, looking at the viewer:

“Last minute! 50% of company boards must be made up of women”.

“Inaddition, it will be compulsory to discuss George Clooney, tampons and diets before every meeting.

” ‘We are in all the details’, assures the government”.

Another case for the list. At least this one hasn’t escalated yet.

The cartoon of the cartoonist Fernando Sendra (1949), published in the Argentinian newspaper Clarín on Friday 7 August, ironised the resolution 34/2020 by which both public and private companies must include at least 50% women on their boards of directors and supervisory bodies so that they have a composition that respects gender diversity.

Sendra’s joke was immediately met with a response of repudiation and criticism of all kinds from individuals and companies collectives and, as usual, the the quilombo on the internet. Many of these critics agree that the joke is old-fashioned, out of touch with reality, stale and out of date for decades or centuries. That it is humour that is no longer fashionable and that it continues to exploit and stretch false and cheap stereotypes. 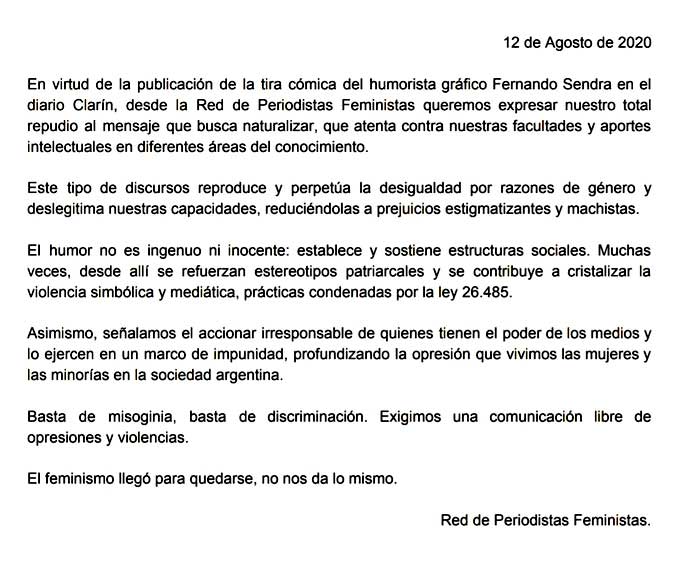 Communiqué of repudiation of the Gender Secretary AGTSyP SUBTE 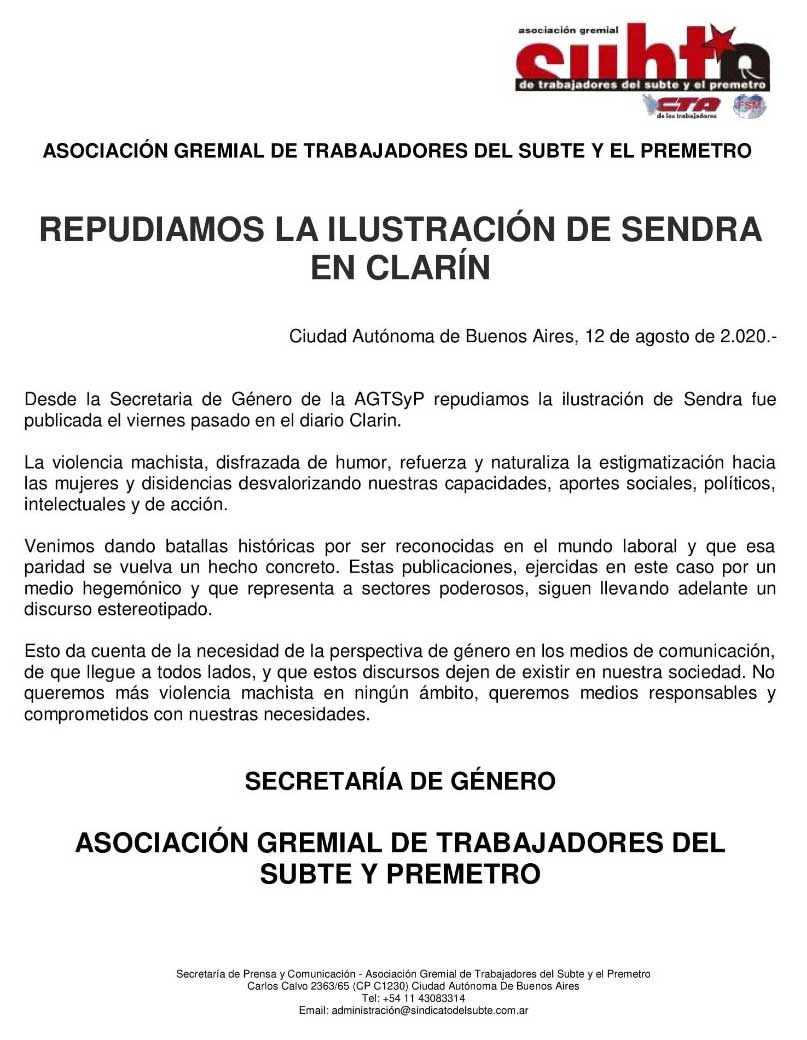 The cartoonist came out in the pages of the newspaper Clarín with a text entitled “I am what I can” in which he makes a somewhat convoluted and forced plea of “political incorrectness”, assuring that he wants to be tolerant, but ends up appealing to things about salmon and the current. 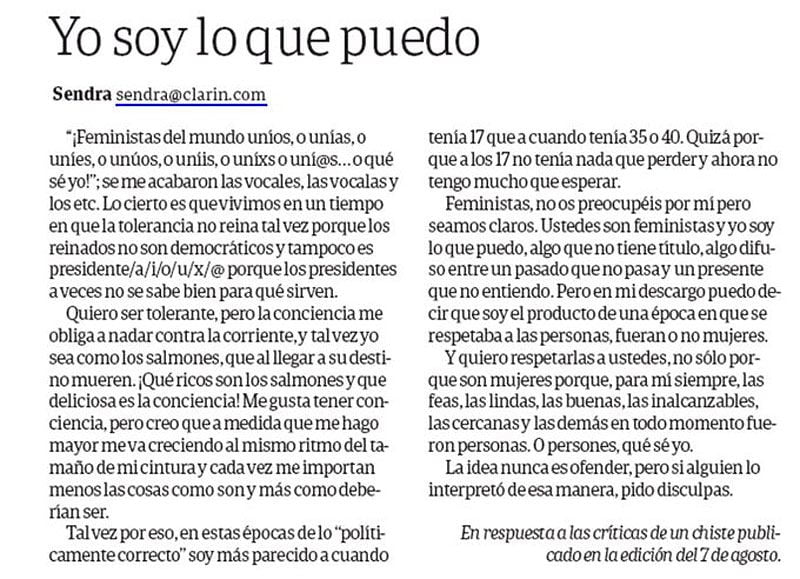 Sendra’s response to the controversy has not appeased the critics, but rather has inflamed them even more, and no wonder. His response is even crappier than the message of the cartoon. Although he says goodbye with a feigned apology, implying that he did not intend to offend, the text is nothing more than another way out of the gates of Úbeda to reaffirm his sexist and provocative message.

The illustrator RO Ferrer dedicates an extensive reply illustrated in which she analyses the sentences of his communiqué.

Others take advantage of to remember some of his cartoons on women. There are even those who “fix” Sendra’s note

The newspaper has not yet commented on the matter.

Cristina Kirchner’s lawyer announces he will sue Nik over cartoon