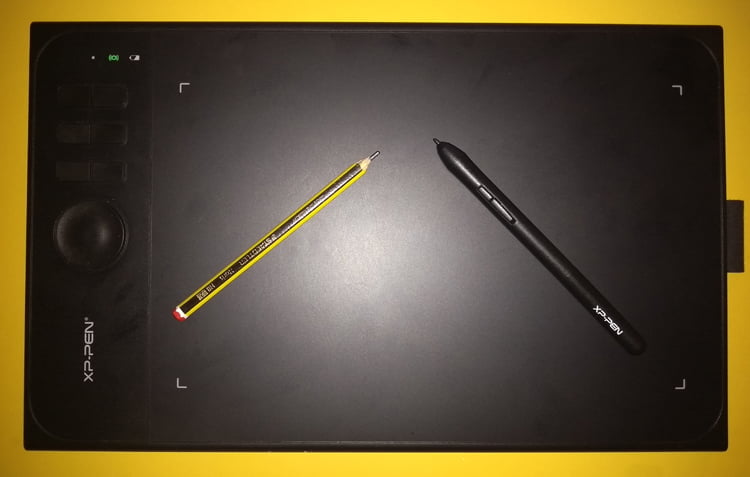 On Wednesday the graphics tablet arrived, an XP-Pen model Star 06.

The idea is that it will serve as a complement to work on finishes and colour and that little by little I will use it more for complete drawings.

It goes without saying that neither the brand, nor any intermediary, has paid me anything. It is not a borrowed or loaned product either, it has cost me my money. I paid exactly 79,99 € for it.

After the first hours of use I already have some impressions that I share in case anyone is interested.

I imagine that for those who have never used a tablet before, this may be the first reaction after the first few minutes of use. 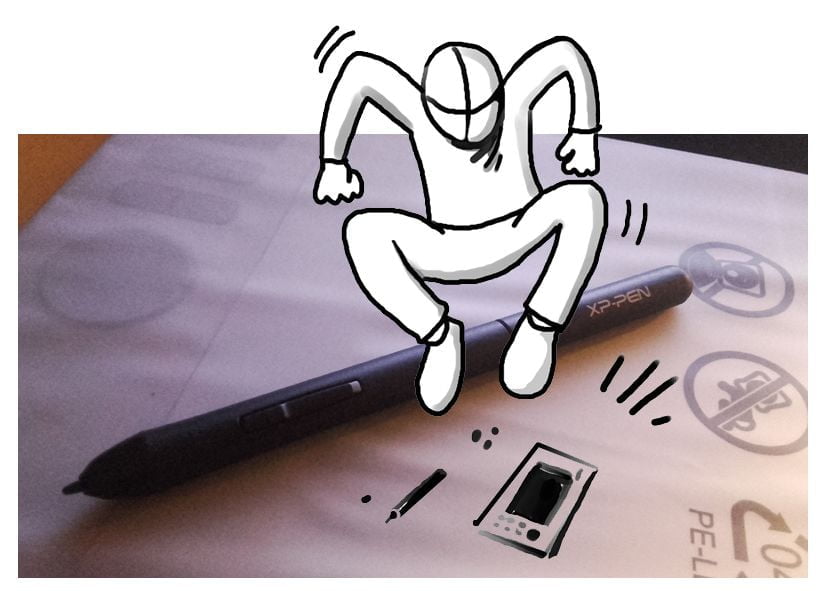 I hadn’t used one in a long time. The last one I tried was about seven years ago, it was a third generation Wacom Bamboo Pen & Touch, so that’s my only reference to compare some details.

It’s a decent choice as a first tablet if you can’t afford one with similar features from another brand more applauded by drawing professionals. 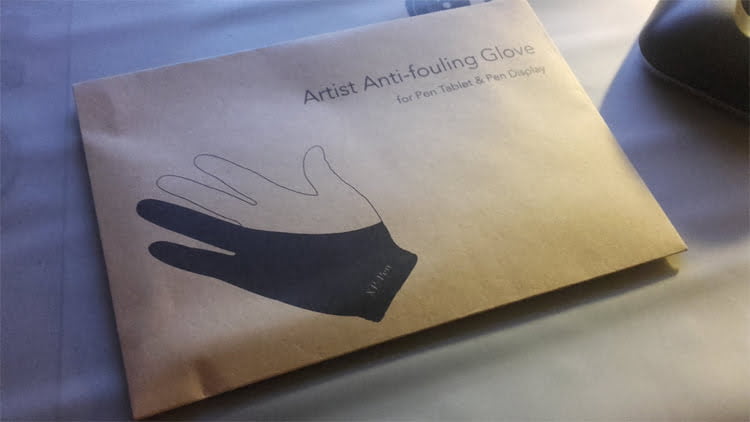 It comes with a lycra artist’s glove. As soon as you put it on, Velazquez appears and tells you that you are beautiful.

The thing is designed in California and assembled in China. The finish is correct but unpretentious, the feel is of decent plastic and light in general (with all its accessories it doesn’t reach 700 grams), which in principle gives a certain sensation of fragility.

Its power switch on the back is as tiny as it is flimsy, it looks like you’re going to take it off at any moment. The rest of the buttons and the wheel have a more consistent feel.

Another thing that’s a bit odd is the charger connector, after a few uses something seems to be out of place in the slot and you have to poke around a bit more to get it plugged in. 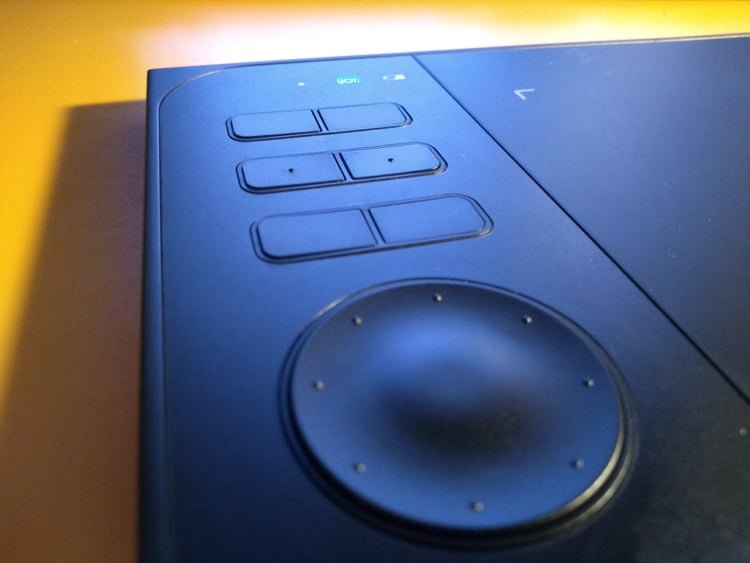 Among the budget options, closer to the mid-range, it stands out for several things.

For the 8192 levels of pressure sensitivity of its stylus, although those who claim to understand say that from 2048 onwards there are too many levels and they are hardly perceived and/or used.

It can be connected by cable, thus charging the lithium battery that allows wireless use for 16 hours on a two-hour charge, according to the manufacturer.

Another plus point is that its stylus does not need a battery.

I found the configuration software version to be very limited, poorly resolved, and generally clunky, especially when it comes to configuring the wheel. It is confusing and you have to fiddle almost blindly in trial/error mode to assign actions to the wheel. 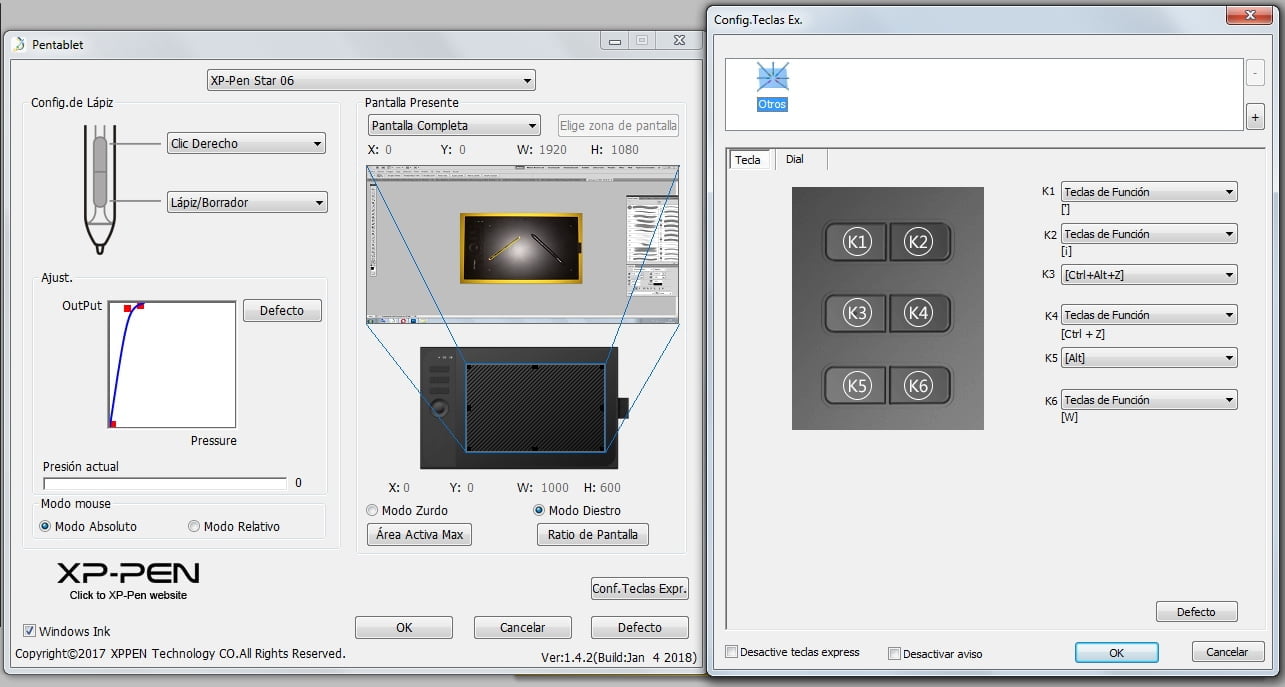 The stylus, like almost all stylus pens, always seems too fat at first. Actually it is, quite a bit fatter than a regular pencil and slightly thicker and heavier than an Eding 1200, but it’s something you get used to very quickly, even if you have a small hand. 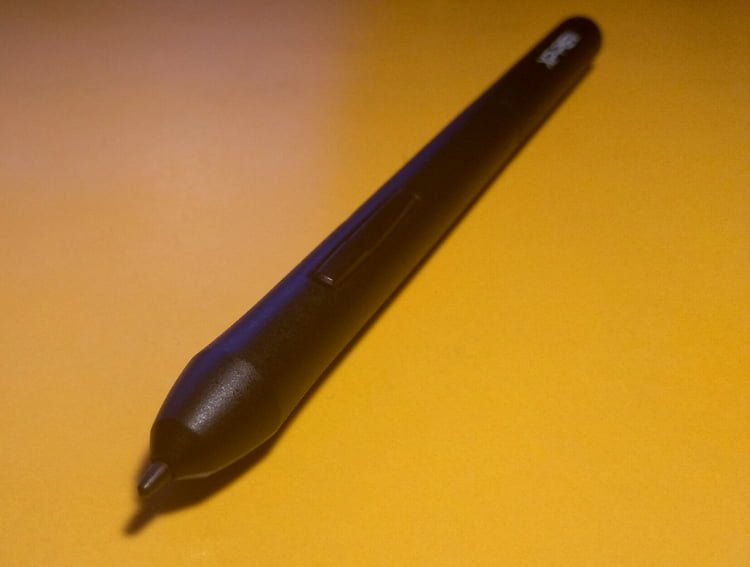 No matter how much tablets evolve, no manufacturer has managed to come close to the experience of drawing on paper (possibly not even necessary)

I spent the whole day practising strokes, shading, filling and hatching. I scribbled basic geometric figures to get my hand (and its connection to the jar and the new surface) used to it. The response after calibrating and adjusting everything that can be adjusted is quite acceptable. 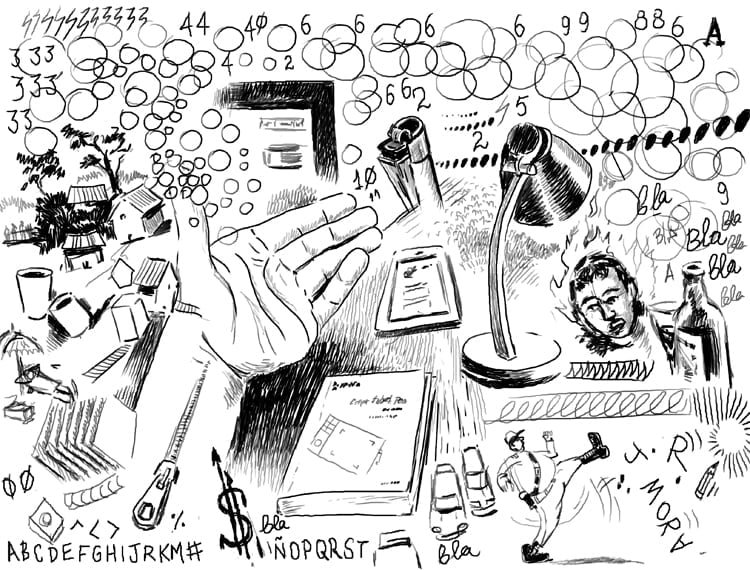 First tinkering on the fly

I think it’s not a bad buy. As long as you don’t have an advanced profile and you come from using other superior tablets (touch and/or screen), you will have a good feeling.

I bought it from Amazon from the manufacturer and to my surprise it arrived a day earlier than expected, something that is the first time that happens to me and that breaks the norm.

Raspberry Pi 400, a taste of the eighties