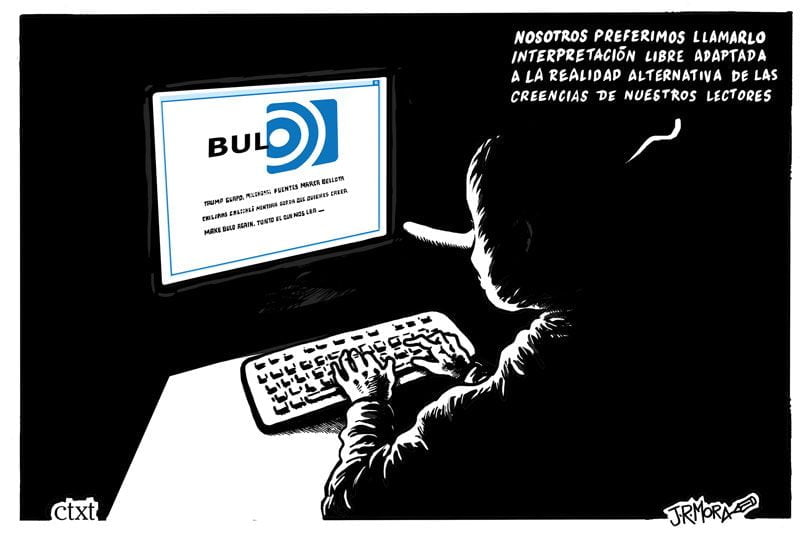 When a media outlet publishes a piece of news that is surprising because it is unexpected, obvious because it is expected, scandalous or exceptional and no one else has it, it is either publishing an exclusive, they have slipped in faulty merchandise or it is a hoax that has been knowingly spread.

We all know how to differentiate between pure information and opinion, even though they are increasingly being mixed together in order to create confusion, manipulate or all at the same time.

Even so, it is legitimate to take a position when it comes to opinion, and everyone is sovereign to believe whatever they want, but information is another matter, which should be in line with the truth, at least with reality. 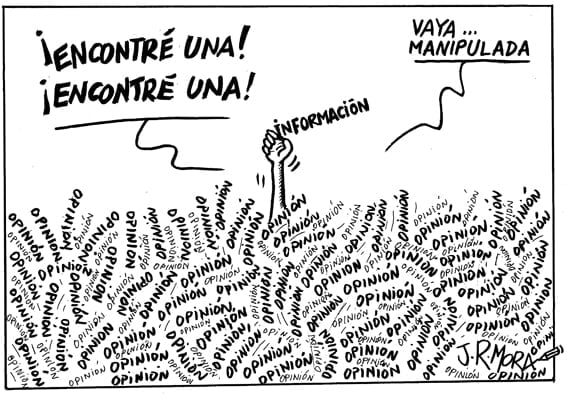 In any case, believing what we are told every day as news is still an act of faith. Every day we receive an avalanche of statements with conditionals, opinions, speculations, lies, rumours and cabals with licences to fantasy that allow us to cover any bias.

In Libertad Digital they published one of those this week, in a tweet with the following statement:

“Legal victory for Trump: Biden ceases to be president-elect on finding “evidence of fraud” in key states”.

In the link, which they maintain on their website, they state that “Joe Biden is no longer president-elect after judges in key states ordered the blocking of the election results”.

Twitter marked this tweet as “Multiple sources called this election differently”.Later, many other sources denied this supposed information. (1) , (2) , (3). But in Libertad Digital they do not get off the donkey.

I can’t say if there are more lies in the media today than X years ago, but it is worrying and bad news for journalism that fact-checking is already a regular business in the landscape.

Bullshit at the tip of the iceberg

There are media outlets that are no longer surprised when they publish a hoax; it is taken for granted that falsehoods adorn and splash their editorial line by tradition. Libertad Digital is one of those, it doesn’t care if they invent a Rolex or a fraud in the US elections.

Creating a hoax is very easy, but getting the masses to stop believing it is not so easy. There are many ways of constructing a lie to disguise it as the supposed truth.

In all cases, it is enough to write a greedy headline, it can be based on an assertion of something that cannot be verified or an assertion that nobody has made, nobody has verified and that, as in the case of ECD (other “non-existent” news professionals) never, ever, cites any source beyond “close sources” and ambiguous derivatives. This is how he created a fake news story in August. 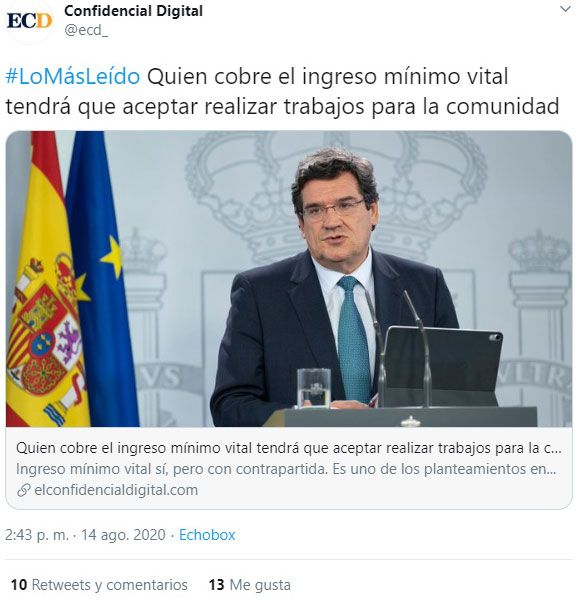 In order not to get their fingers completely caught, in the text, pure speculative filler, they turned the supposed news into a supposed suspicion of who knows who.

Little did it matter, the fish of the hoax had been sold from the title. A month earlier, another appetizing click-hunting hoax had been pulled out of its sleeve with this other headline: “The Government plans to raise VAT on bread, milk and fruit” to the delight of tweeters with click-finger spasms. 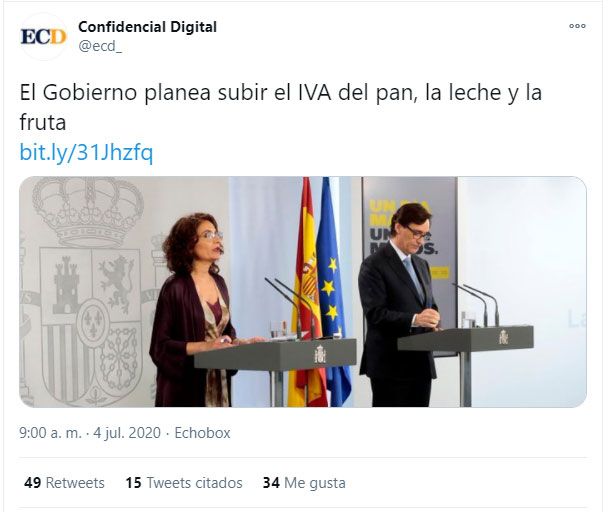 The procedure for propping up the hoax is the same as always, news of great concern, photos of ministers as if it were an announcement made by them, zero sources and a lot of fantasy literature and political fiction. Here the trick is the verb, plan. there is room for anything and everything. If it turns out that nothing of what is claimed happens, nothing happens. No one will remember, and if they do, they will always be left with the doubt that it could have happened. The miraculous conditional again.

What’s more, in the text of the lie they claim that the government denied any increase in VAT on such food, but of course that wasn’t a profitable headline.

ECD never added a correction to these stories. It continued to create hoaxes ( 1 ), ( 2 ), ( 3 ), ( 4 ) because they make good money and things are very bad. How is it with ECD that even VOX, specialists in creating and lighting false news fuses, reproached them for creating false news. Glorious clash of bulopaths. 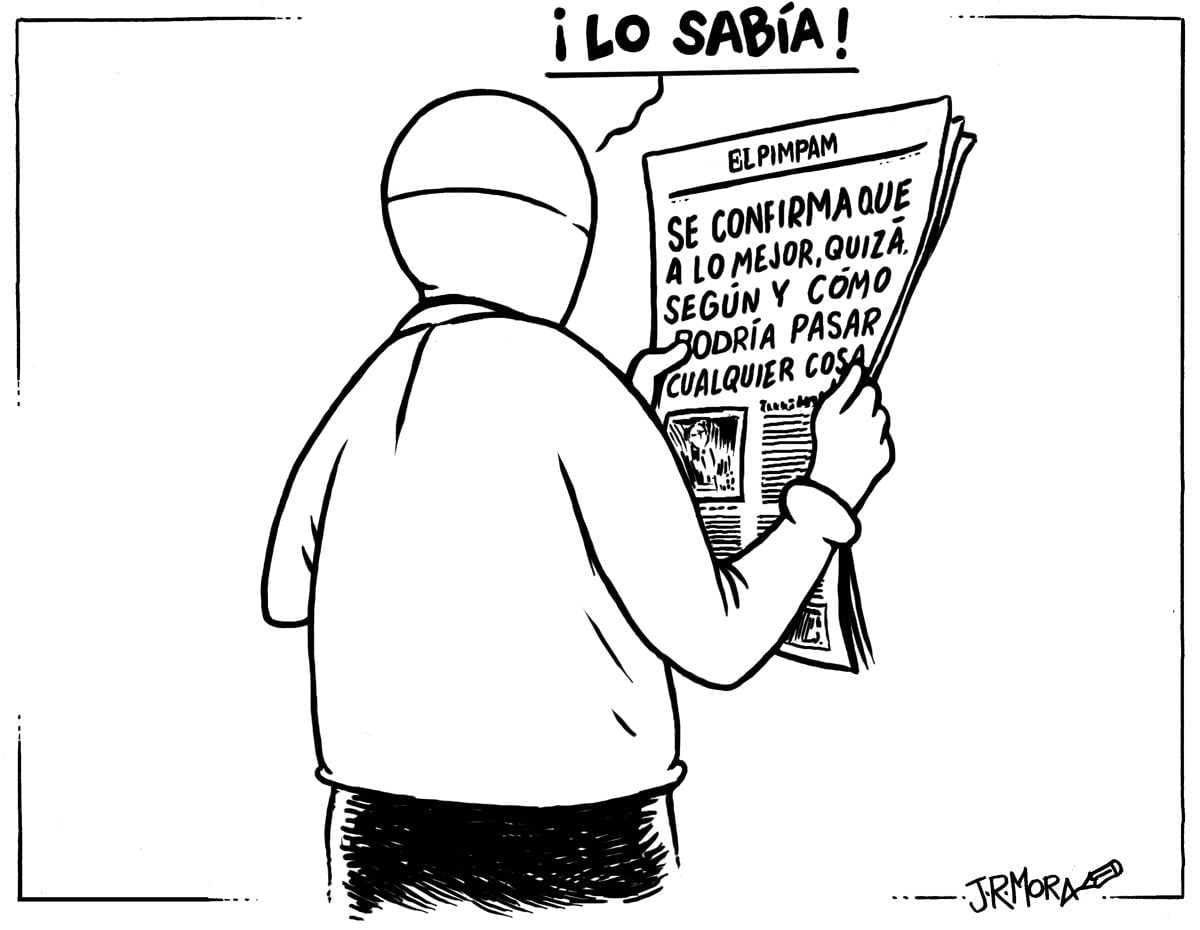 Iused to point out hoaxes that smelled a lot like hoaxes. I would let time pass to observe their evolution. I would wait to see if the media apologised for them or denied them, but that usually doesn’t happen and many of these lies are still published and installed in the minds of more than one person.

A pack of lies

Hoaxes, legends, unprovable claims and unbelievable stories fed by word of mouth have always existed. But it seems that now, with the heat of social media, there are more of them. Or they are circulating more and faster. The point is that it is more difficult for denials to prevail over lies. At least during the first few hours.
Moreover, I am convinced that it is a lost war, the lie has arrived to settle in and colonise the news with the approval of all, sadly with the silence of a good part of the profession or with a response that is at least “discreet” against the “media” dedicated full time to the propagation of rubbish.