Iván Duque had to rectify and withdraw the law bill that contemplated tax increases on electricity, gasoline, gas and water or funeral services, among other things, but the mobilisations continued, as did the government’s violent response to the protests.

The tax reform was just another drop in the bucket of inequality, unemployment and poverty that has long been overflowing.

It is shocking to see the images of executions of demonstrators in the street by police officers acting as professional hitmen. In addition, the number of missing persons is already in the hundreds. A massacre managed by the government, which does not rule out declaring a state of internal commotion, while using an increasingly militarised police force to exterminate demonstrators.

Extrajudicial executions at the hands of the police are nothing new, just remember the murder of student Dilan Cruz by the Esmad in 2019 or the case of Javier Ordóñez, the 45-year-old lawyer and taxi driver who was killed on 8 September 2020 by the police after being stopped and reduced “cabrón” style for not wearing a mask.

This caused the streets of Colombia to fill with angry people protesting for justice for a clear case of police brutality. What they got in return was an even more violent and brutal response from the police.

The increase in reports of police abuse prompted the Congress of the Republic to introduce proposals for a comprehensive reform of the police institution. 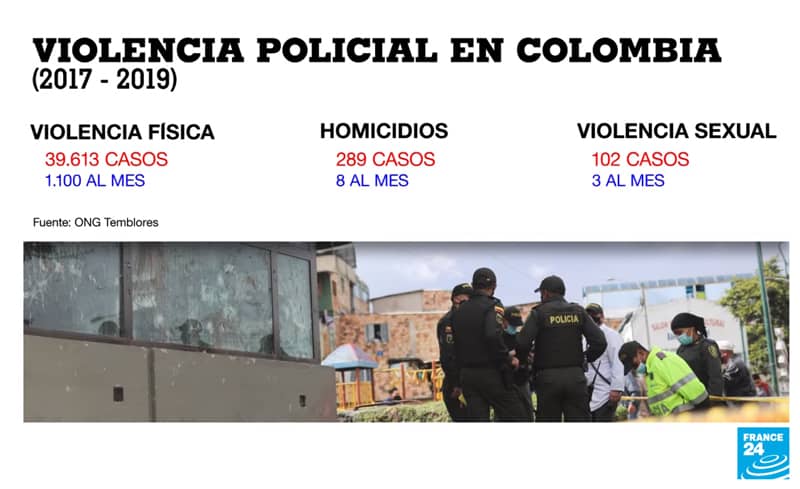 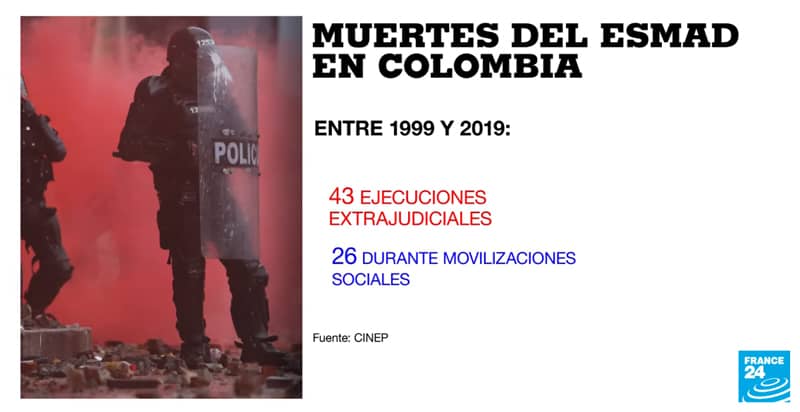 The NGO Temblores is monitoring cases of violence reported by citizens and committed by the police in recent days through its platform “Grita”. Source.

The Colombian eruption
Since the rallies began on 28 April, there have been 37 reported killings of young protesters and more than 1,728 cases of police violence, including rape of women.

Reform of the gag law (Spain)