Many media have dismissed this almost as something to be applauded, Mercadona will use facial recognition to prevent theft in its supermarkets, they headline.

The company says that this system works through the recognition of physical features and detects“only and exclusively the entry of people with a firm sentence and a precautionary measure of a restraining order in force against the Mercadona establishment or against any of its workers or employees“.

They also assure that they do not store any other type of information, and that everything is deleted after 0.2 to 0.3 seconds if the test is “negative”, which is what they say the whole recognition process lasts. AnyVision is the Israeli company behind the camera and recognition system they are promoting thus. 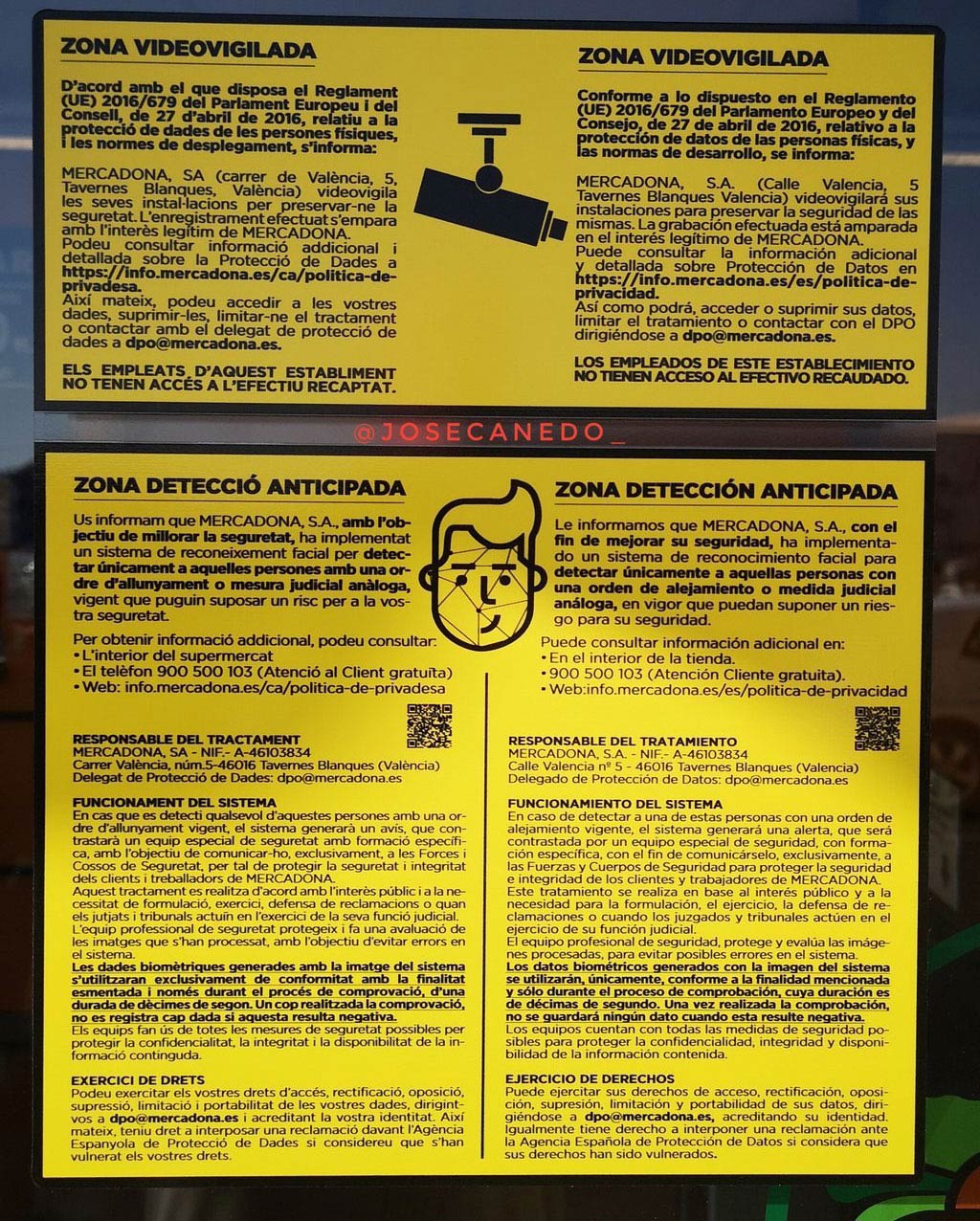 Information poster about the facial recognition system in a supermarket in Coll d’en Rabassa (Palma) – Balearic Islands. Photograph by @josecanedo_Another poster in another balearic Islands.

It appears thatThe images of faces they use to compare with the faces they scan were once captured on their security cameras when these people were caught stealing and the recordings were used in the judicial proceedings.

That is to say, in this case they are not using the hackneyed and poisoned “It’s for your safety”, this time it’s in the interests of the company.

This system is already in operation in about 40 shops in Mallorca, Zaragoza and Valencia, and you can recognise them by the yellow sign at the entrance.

As a layman I am still looking for analysis and opinions of those who know about these things and instead of getting answers, I have more and more doubts.

Who or what law authorises the company to process, store and use these images of people who have been tried and sentenced?

How far is this new use of these images legal?

How, by whom and under what criteria has this system been authorised?

How can we be sure that they are not just pulling a fast one to collect biometric data for their marketing bullshit, behavioural studies, exchange and sale of this information and so on and so forth?

Who audits it or whatever? How often?

What happens when the algorithm screws up and a customer is treated like a criminal by mistake?

How far can others go distracted” uses of facial recognition and related moves?

In any case, don’t expect me in a Mercahostias. What’s more, when I pass near one of their shops, I’ll set a prudential distance from their doors, the rest of the cameras that flourish in the public thoroughfare will try to scan my face. 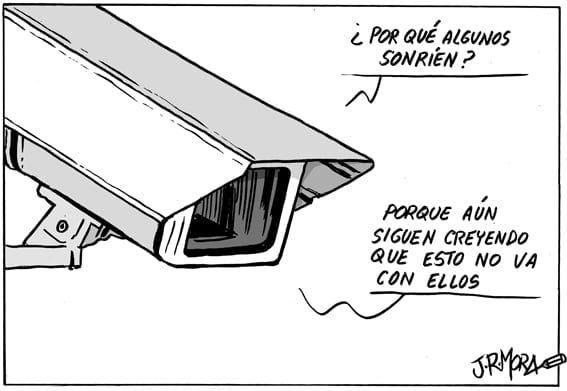