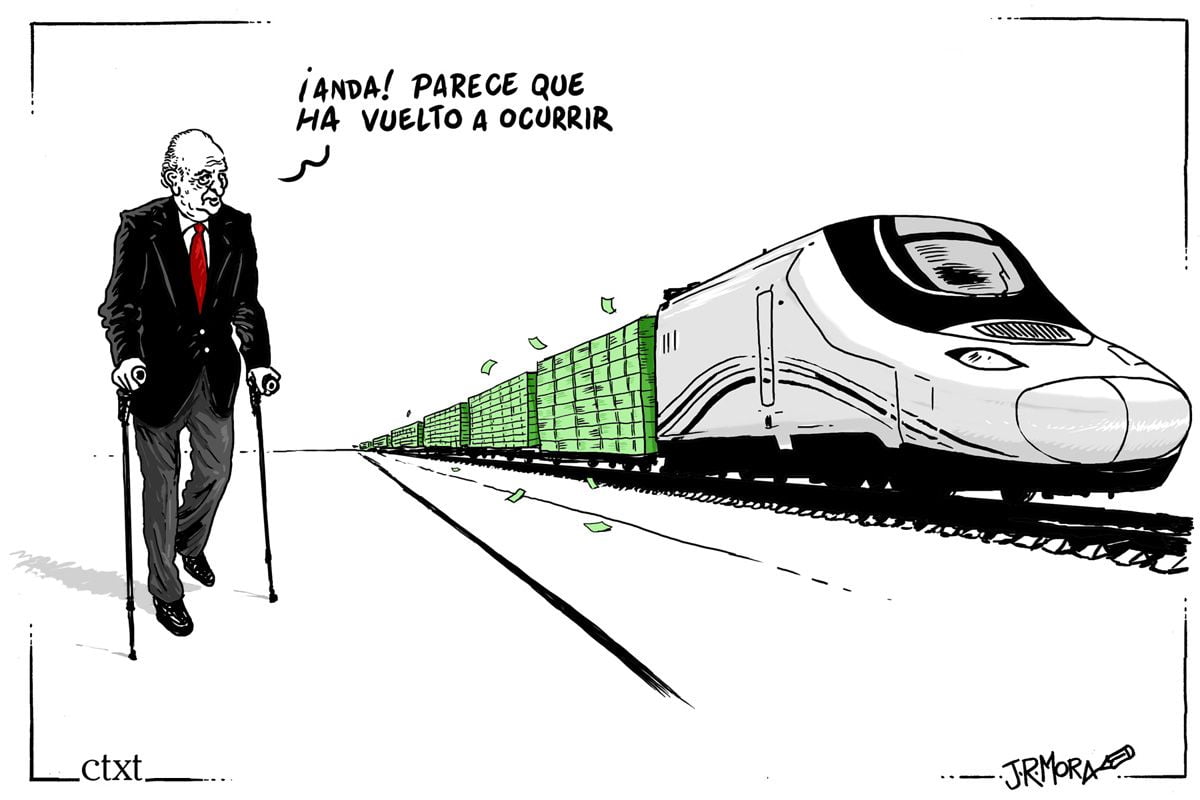 Translation: “Oops! It seems to have happened again!

The Prosecutor’s Office of the Supreme Court has taken over the investigation into the AVE to Mecca affair, which links Juanca to the commissions for the awarding of the works to Spanish companies.

This case was handled by the Anti-Corruption Prosecutor’s Office and it was estimated that Juanca may have committed a crime of tax fraud and another of money laundering by allegedly skimming a large sum of money from the Spanish Treasury.

The investigation will attempt to “delimit or rule out the criminal relevance of the facts” that occurred after June 2014, the date on which Juan Carlos number 1 abdicated in Felipito number 6 and ceased to be inviolable by virtue of article 56.3 of the Spanish Constitution which recognised this special privilege to the elephant slaughterer and by which he was not subject to criminal liability for the acts he carried out in the exercise of his function.

I do not hold out much hope that Juanca can be proven to have leveraged and shared the millions with his colleagues.

Update 16/06/2020: We didn’t have to wait long. PSOE, PP and Vox reject the committee of enquiry on the finances of Juan Carlos I after his abdication

The big blows are those that, while offering many clues, leave no conclusive trace of the route and ultimate destination of the money. If there is one thing the Bourbons know how to do, it is to squirrel away money, and they have experience in this. They are true to their tradition of skimming money and hiding it in Switzerland or who knows where.

Where is the money?

In March, according to according to Tribune de Genève, we learned that Juan Carlos I has some 100 million dollars leveraged in Geneva (Switzerland).

According to this Swiss newspaper, Juanca first received 100 million in an account at the private bank Mirabaud. Prosecutor Yves Bertossa was investigating the matter on suspicion of money laundering.

A judicial investigation uncovered an account with 100 million dollars in the name of a Panamanian company. The sole beneficiary of the account with all those kilos of banknotes is Juan Carlos I.

Apparently, according to the Swiss media, the money was given to Juan Carlos I in 2008 by the former king of Saudi Arabia as a “sumptuous and secret gift” so sumptuous that the Swiss prosecutor has now opened an investigation suspecting that it may have been used for money laundering or, who knows, money laundering.

In 2012, the money left in this account, some 65 million euros, was transferred to Juan Carlos’s former mistress, Corinna Zu-Sayn Wittgientein, now known as Corinna Larsen. It is said to have been a little thank-you gift for Corinna. She has already said that she will denounce her close colleague in the UK, claiming that he has threatened her not to reveal “state secrets”.

The response of the Spanish Congress was also “forceful”, rejected investigate Juan Carlos I. 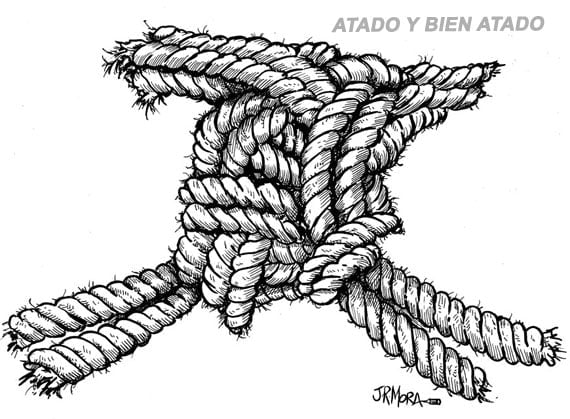 The king of the people

Felipito number six was resolute: he wants nothing to do with his father’s business dealings abroad.

Now that’s a proper king, of the people and for the people. With this resignation and family punishment he made it very clear: no commissions, no bullshit. He will not follow in his father’s footsteps, nor will he benefit from any past shenanigans he may have done in the past. He will earn everything by getting up early and working ten or twelve hours like the rest of us mortals.

And the fact is that the king leaves any activist for rights and freedoms on a par with the cruelest of villains, as the press has already ensured. Not a day goes by without a headline “doing good” for the people.

He has even managed to get the nobility to throw food from the balconies of their castles so that the plebs can have something to eat in these harsh times.