Although it is not a topic that is high on the media’s “news” agenda here, the Erdogan government’s machinery of repression is still in full swing in Turkey.

During the so-called “great purge” at least 130 journalists have been arrested and some 150 media outlets have been closed down in recent months.

Today marks 30 days since the raid on the daily Cumhuriyet, which resulted in the arrest of ten of the newspaper’s staff, one of whom was killed arrest and detention of ten newspaper workers, one of them being cartoonist Musa Kart.

They are accused of something as contradictory and dirty as“acting on behalf of terrorist organisations without being a member of them, because of their columns and news published in the newspaper“.

Erdogan against the media

Turkey’s president has made it his mission to prevent Turks from reading information from independent media in his country, and to this end he is persecuting and demolishing them.

On 22 November 2016, the Turkish authorities blocked access to the local online newspaper “Kurultay”, as reported by the APA news agency and confirmed by the media.

Aydin Tas, editor-in-chief of Kurultay, said on his Facebook account that he had been informed by the General Directorate of Press and Information (BYEGM) that his press card had been cancelled “in compliance with national security policies”.

Based on an unnamed source, the APA agency claims that the blocking of the page was for “spreading false information” about Azerbaijan. 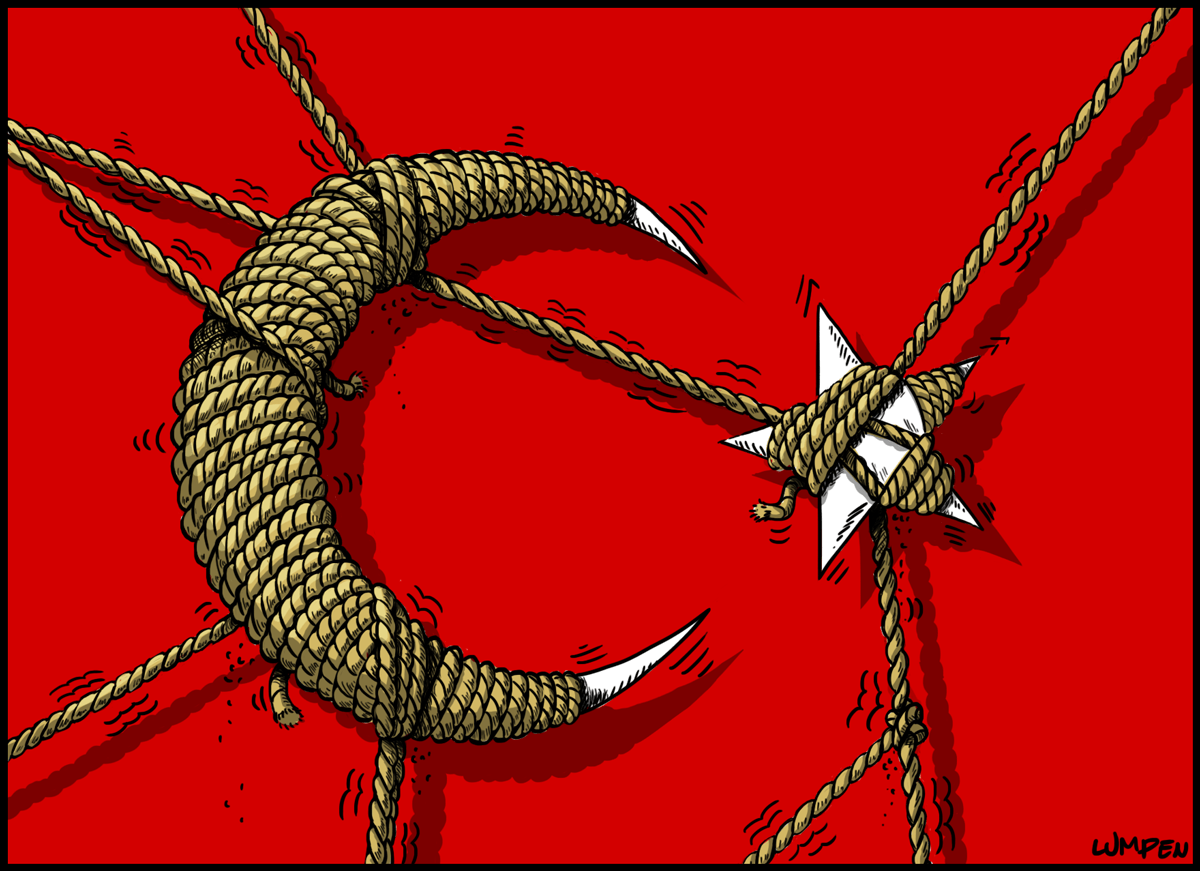 Another of Erdogan’s obsessions is cartoons and satire in general. Turkey’s president has a long track record of complaints against magazines and cartoonists dating back to the early 2000s.

On 6 October 2016, Istanbul lawyer Ahmet Ozel filed a complaint with WordPress (and others) on behalf

The complaint, in the form of a court order, sought to restrict access to a Turkish blog page (and other links) featuring satirical cartoons depicting Erdogan as a dictator and tyrant, on the grounds that they constitute “an attack and violation of his personal rights” and do not “reflect reality.”

by 13 cartoonists from different countries:

On 28 January 2016, WordPress ( via transparency.automattic.com ) stated that, in the absence of a US court order, it would refuse to comply with the Turkish government’s demands to block pages

However, the “offending” blog page is blocked in Turkey and visiting the URL from a Turkish proxy gives this message

ERROR 451: not available for legal reasons

This site has been blocked in response to a unilateral order from a Turkish authority.

In this blog you can read the full story and the response from Wordpress, which admits that they have complied with the blocking requests. And that, although they recognise that it is not the best way to fight censorship, they prefer that to gambling with the threat of a complete block.

According to Wordpress data, during the first half of 2016, the Turkish government was one of the governments that filed the most complaints and succeeded in blocking the most sites. 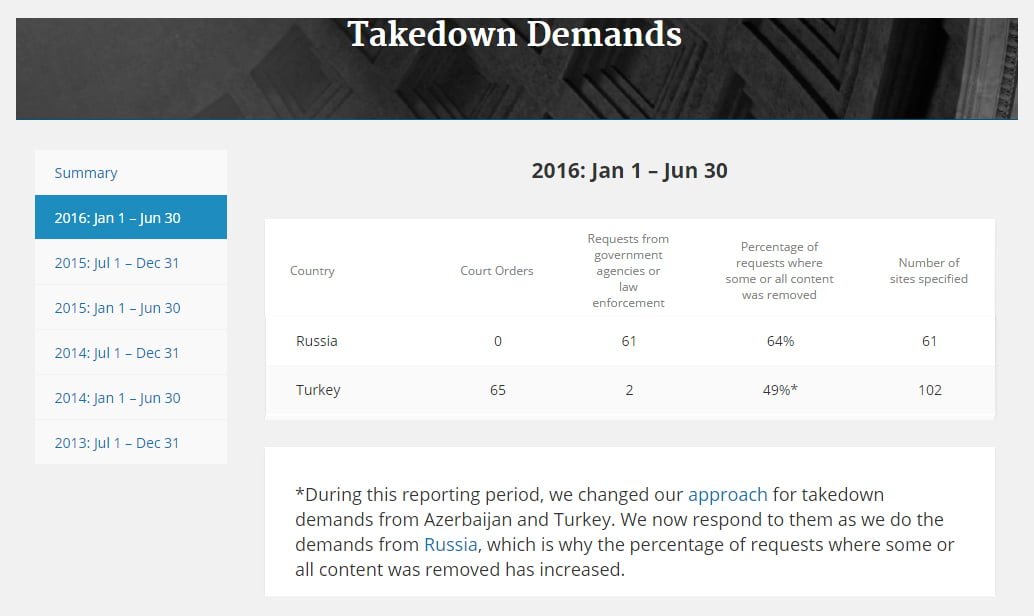 You can also search Lumen for “Erdogan” (226 results) or “Recep Tayyip Erdogan” (486 results) to see that sites continue to be pursued and blocked on the direct orders of the Turkish president, through lawyers or any other of his legal arms.

Read more; 78 cases in other countries