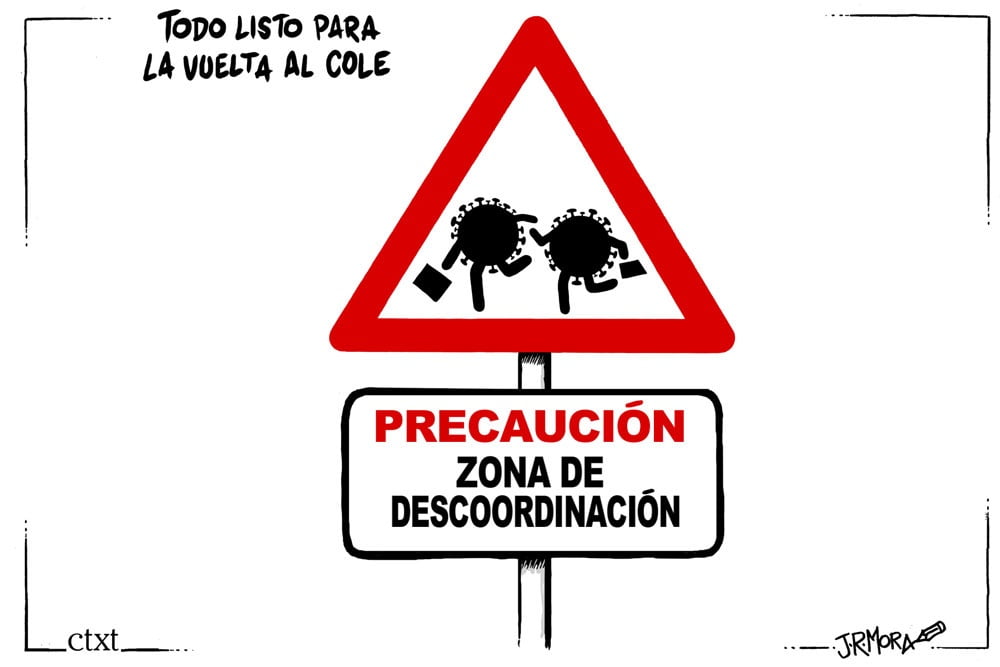 Classes for the next school year officially start between the 4th and 10th September and on the 15th for ESO and Bachillerato, depending on the community.

There are barely 10 days left before the possible return to classes without knowing if they will be fully face-to-face or if there will be human reinforcement, which there probably won’t be, and the word we hear and read the most is lack of coordination.

There is a sense of major confusion, nobody doubts that it is a complicated task, but the feeling that everything is caught on pins and that the plan has been inexplicably delayed is more than evident. I’m sure they’re doing something, but it’s still clear to me that the communication strategy is dire.

In Italy, Lucia Azzolina, Minister of Education, announced in an interview with the La7 channel, announced the hiring of 84,808 teachers and another 50,000 temporary workers , including teachers and staff from other areas to avoid double shifts.

In Germany, before the start of the new school year, the German Society of Virology and other individual virologists insisted on the need to lower the pupil-teacher ratio among other measures. Politicians ignored the advice, and two weeks later at least 41 schools in Berlin have infected pupils and teachers, and at the beginning of the month, only five days after the some schools were closed only five days after reopening.