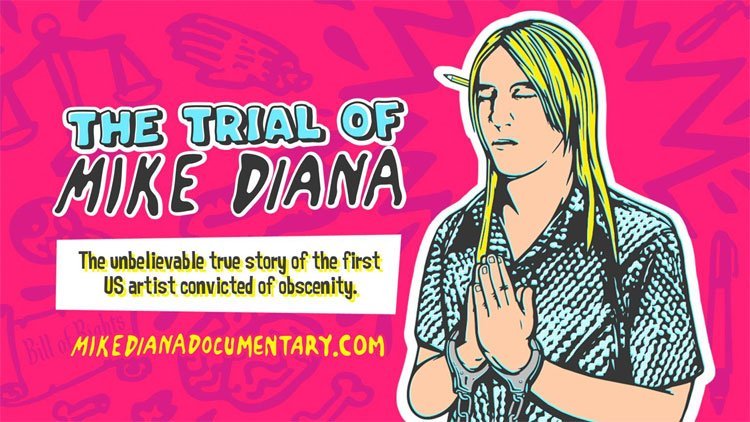 The documentary “Boiled Angels: The Trial of Mike Diana” about the incredible and crazy story of the events and the trial that took the American cartoonist Mike Diana to prison premiered on 31 March at the IFC Center.

Mike Diana (New York, 1969) is, to date, the first and only comic book artist to be imprisoned in the USA for obscenity because of his drawings..

Diana was locked up without bail in 1994, when he was 21. A Pinellas County (Florida) court jury found him guilty of “obscenity” in a session lasting just 90 minutes, after a week-long trial in March 1994, the trial was highly publicised at the time and closely followed by the media.

Her nightmare began when one of her self-published comics “Boiled Angel” was declared “the most offensive magazine ever made”.

The chain of events that led to Diana’s imprisonment is absurd.

In 1991, Mike Diana’s fanzine fell into the hands of a California police officer. The sex scenes and violence depicted in “Boiled Angel” reminded him of a series of unsolved murders in Gainesville, Florida, and he reported his suspicions. The police officer’s twisted speculation was taken so seriously that blood samples from the cartoonist were analysed. Mike Dana was later found to have no connection to those crimes, but prosecutor Stuart Baggish took one look at the comic book, deemed it “an obscenity” and ordered the cartoonist arrested. 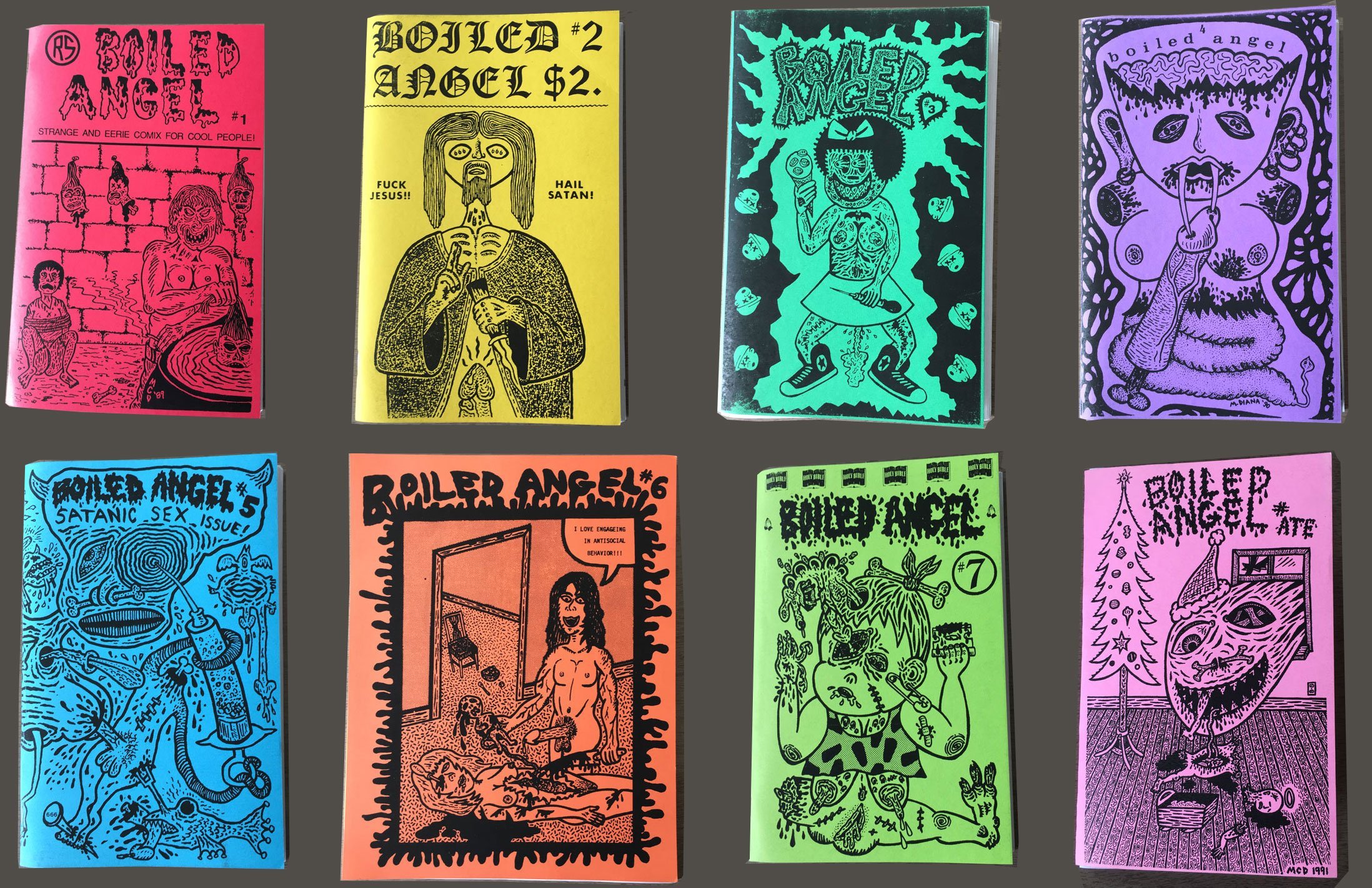 Covers of the fanzine “Boiled Angel” from nº1 to nº8

Mike spent four days in jail, was eventually sentenced to three years of supervised probation by The Salvation Army, fined $3,000 ($1,000 on each count), sentenced to 1,248 hours of community service, and ordered to avoid any contact with minors.

Judge Walter Fullerton also ordered Diana to undergo a state-supervised psychiatric evaluation. The cartoonist was to pay for it out of his own pocket.

Before the end of the Salvation Army supervised labour imposed by the sentence, Diana was again charged, this time with a probation violation. And despite having paid $2,000 in fines, a warrant was issued for his arrest in Florida.

In May 1997, the CBLDF and the ACLU filed a petition for a “Writ of certiorari” with the US Supreme Court. It was an attempt to have the judgment reviewed. On 27 June, the Court denied the petition without further comment, ending Mike Diana’s legal options in the battle to overturn his conviction.

Here is the story, best told.

The documentary, funded through a crowdfunding campaign, will be shown in several cities on its festival tour. One of the next stops will be on 21 April, in Pennsylvania.