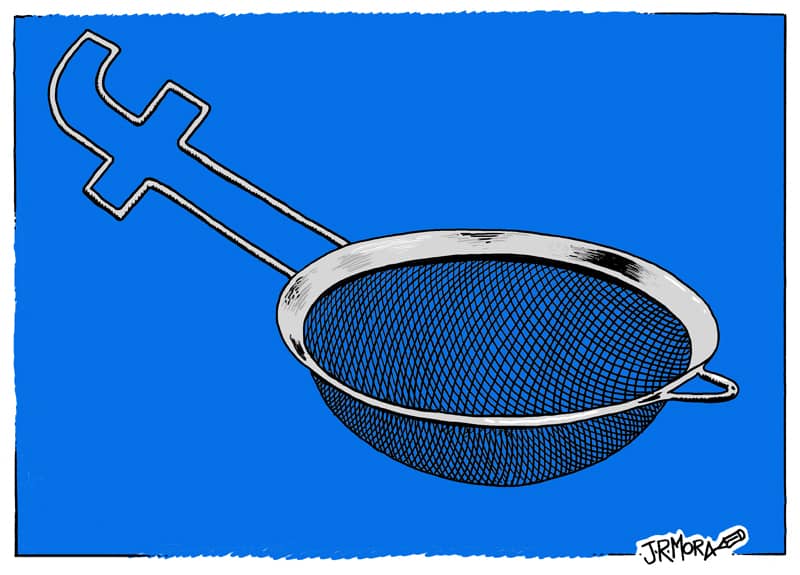 The personal data of 533 million Facebook users has been stolen and leaked on the internet. 11 million of these accounts belong to Spanish users.

The theft affects accounts in 106 countries and includes account identifiers, mobile phone numbers, addresses, biographies and even email addresses. An attractive package of personal data that in the hands of a few people could be very damaging.

By now I think people have got used to these stories and don’t care too much. One only has to look at the figures for previous thefts to remember that FB has already “lost” tons of personal data.

It has reached a point where it doesn’t seem to matter if the data is picked up by a fellow countryman in “Churromekistan” and spread around, because Suckerber has already distributed it to a thousand and one companies and these to others. And now that it has Instagram and WhatsApp in its portfolio, it has even more data to lose.

Any other company, after the Cambridge Analytica scandal, would have been in serious trouble to recover, FB would not. From all of them, it comes out with a multi-million dollar payout, which they negotiate and agree on and carry on with their business.

Cambridge Analytica didn’t do unethical things to produce simple market research and campaigns aimed at X profiles to sell washing machines, they used data from hundreds of thousands of accounts to campaign for Trump. What’s worse, all that data would most likely end up being resold to other foul play mafiosi masquerading as good analysts.

But it’s not just FB that is being singled out for losing data in spurts, but also for turning its network into a toxic dunghill. In June 2020, a campaign called “Stop Hate for Profit” was launched, promoted by Free Press and Common Sense Media and supported by the National Association for the Advancement of Colored People (NAACP) and the Anti-Defamation League (ADL).

At the time, some 160 companies, including some of the big ones, were said to have already decided to pull their advertising campaigns in reaction to the social network’s failure to control “toxic information” and hate speech. On one stock market day Suckerber made a few thousand kilos less than he had planned to pocket, but after a while he was back to his usual pennies and nothing more was heard of the boycott.

Not only that, but after every disaster they usually come out even stronger, as this recent article shows: “Investors keep Facebook at record highs despite latest massive data breach: analysts think shares could rise another 25%”.