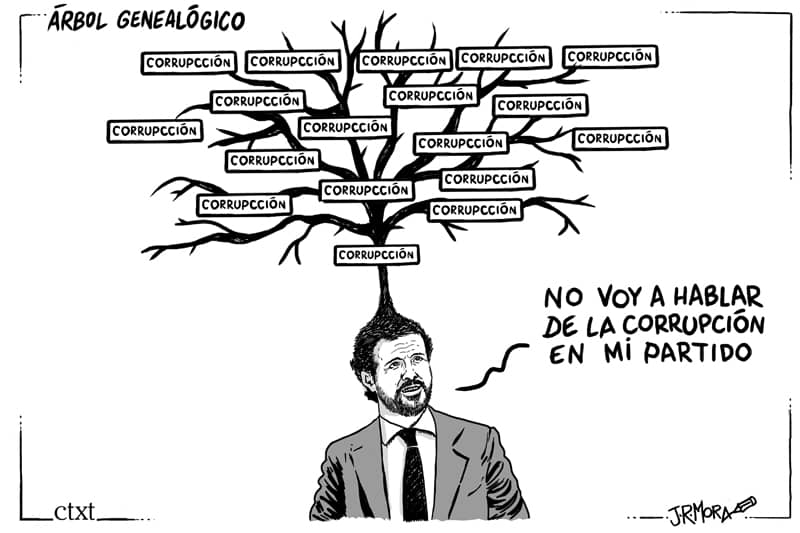 “I will not talk about corruption in my party” 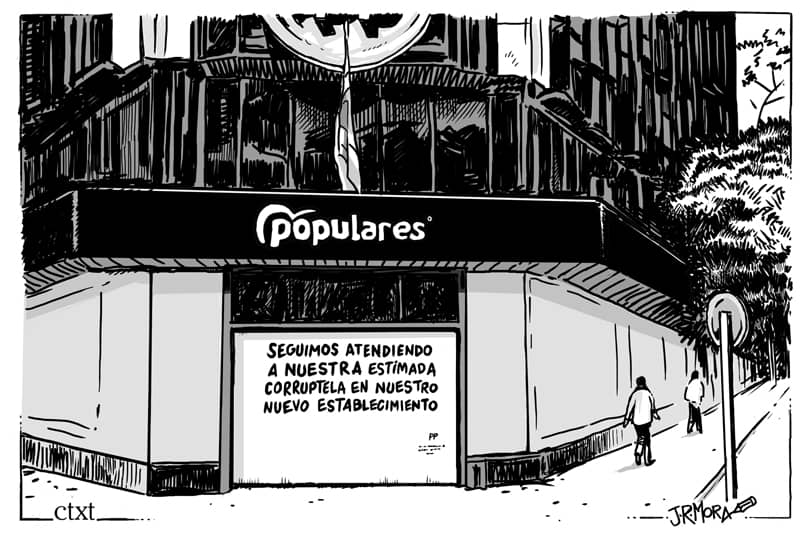 On that day, Pablo Harvard Casado avoided using the word corruption . He referred to all the major corruption schemes of which his party was the beneficiary for profit (in English, to keep the money from corruption) as “individual conducts that may have been committed by specific people“.

The party organised a so-called VOX-style “press conference” in Ceuta. That is to say, a meeting disguised as a press conference with militants and sympathisers as the public. The event turned into a henhouse of fanatics shouting to make the journalists’ work more difficult.

During this event, the pepera crowd booed the journalists and apparently, some also took the opportunity to call them “…”sluts“. FAPE has rejected has called on the parties to make the press conferences press conferences.

The press asked Casado about the imputation of María Dolores de Cospedal and her husband on account of the Kitchen case.

The judge charges them the press asked Casado about the charges of bribery, embezzlement and influence peddling for their alleged involvement in the alleged espionage of former PP treasurer Luis Bárcenas.

Casado’s only response to this, fulfilling his “promise” not to talk about corruption again, was to say: “I quite agree with these gentlemen”.

It should not happen