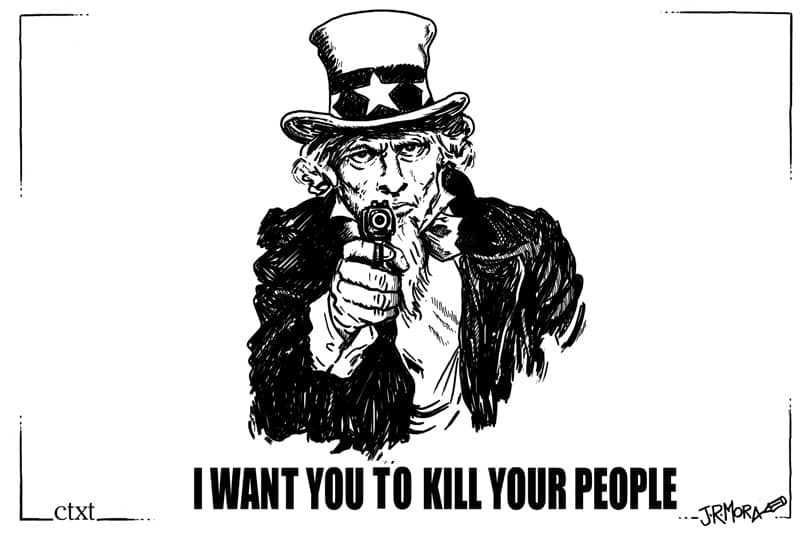 In the US, people are shooting each other again. If in 2020 there was a drop in mass shootings, because of the confinement, during the first quarter of 2021 they have recovered their traditional killings that dot the country with deaths and that Biden has already called “epidemic”, although he failed to add “chronic” because shooting is not new, temporary or exceptional.

Each red dot is a person killed by a firearm.

Gun Violence Archive (GVA) is a non-profit project born in 2013 with the aim of creating a database of incidents related to gun violence and gun crime. They now track cases of gun-related violence in the country on a daily basis. They collect information on shootings from more than 7500 police, government and media sources.

The organisation has calculated that so far in 2021 there have been 154 mass shootings. During the whole of 2020 there were a total of 610. In 2019 there were 417. At the rate they are going with the shooting it is quite likely that 2021 will leave similar or higher numbers. (Shoot at the head)