Today, this curious and ridiculous effect has occurred once again, and it is affecting an entire guild due to the bad practices of some.

This time it was Morocco’s alleged intention to claim half of the income generated by the Alhambra in Granada. 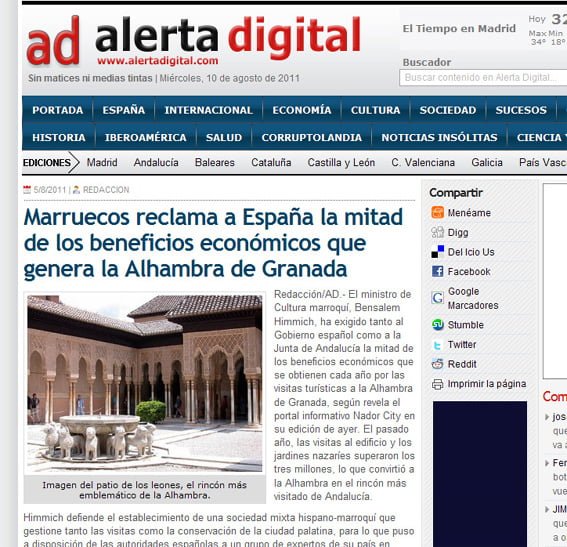 Someone invents a headline (August 5th) , it doesn’t matter who, we start to lose track of the person who dropped it again to take it up again (August 10th), in a few minutes it jumps from medium to medium, some headline between interrogations, but many others, like El Mundo, swallowed it whole and rectified it , eliminating all traces of their mistake but closed without giving up defending arguments for “suspicions”:

There are characters with pages that only they call “digital newspaper”, accustomed to cooking up fictitious headlines of those to whip up, experts in the propagation of hatred who immediately join the party.

This homophobic and/or xenophobic cheerleading works very well, because it has a double effect: on the one hand, the ultra-right-wing readers who amplify it on the net without questioning anything, and on the other hand, the echo of other media that fit it in without checking anything. Both groups don’t give a damn whether it’s true or not, in most cases they behave as if they want to believe it. 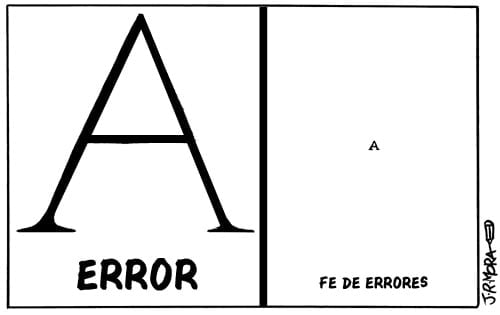 The story always has the same ending, someone proves it was a hoax, but even when it is disproved they still maintain that “it could have been”.

Some don’t even rectify it and there will remain a whole legion of fools who will eternally rescue this lie in their forum and bar discussions, taking it for true.