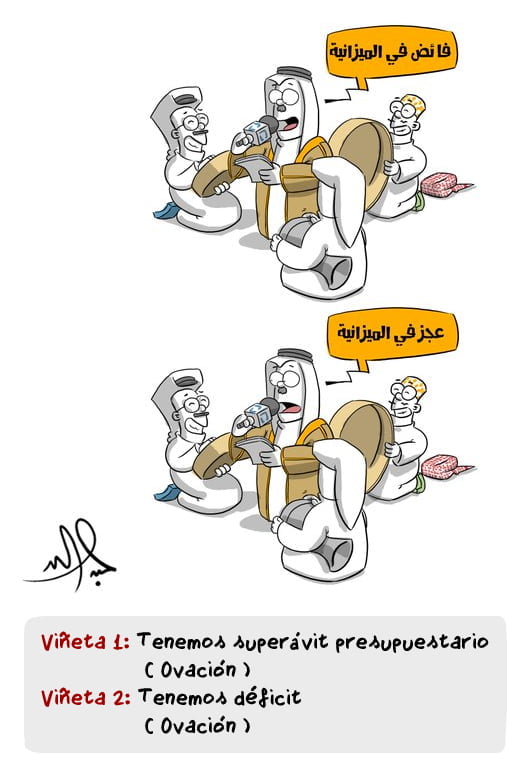 I don’t fully understand this story because it’s confusing and because I think it lacks answers to some important questions. Even so, I have decided to follow it and include it in the list because it seems that it could be another case of censorship, but also of self-censorship due to pressure.

On 28 December 2015, the Saudi cartoonist Abdullah Jaberpublished this cartoon in which he parodied the lack of critical sense of citizens who never question the messages of their rulers

Shortly afterwards, some people began to link his ten-day disappearance from social media to the possibility that he was suffering persecution or repression by the Saudi Arabian government because of the cartoon.

Others came to think that he might have been kidnapped and began to wonder about his whereabouts ( #WhereisAbdullahJaber?), so they began to post messages of support while republishing his cartoons.

Jaber surfaced on 9 January claiming he was fine and making a disturbing statement. He explained his absence by revealing that the Saudi authorities had indefinitely banned newspapers in the kingdom from publishing his cartoons.

He also asked that his case not be used to attack the government.

It is now unclear whether Abdullah Jaber will be allowed to return to publishing cartoons in his country’s media.

The news prompted other Arab cartoonists to do what they usually do, grab their markers to draw in solidarity with their colleague and to protest against censorship. 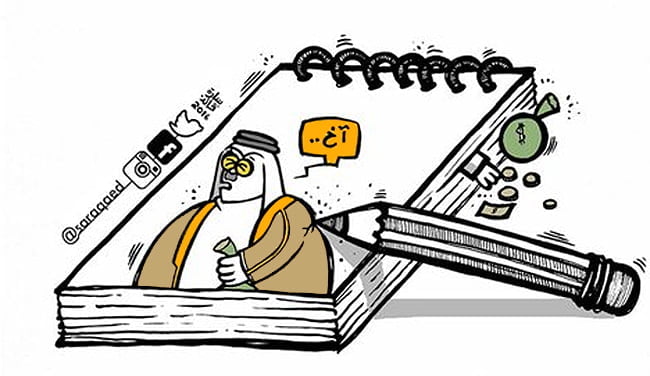 the above cartoon is the one that has been circulated as the cause of the “suspension” because it was the last one she published and after which she “disappeared” from the social networks (read Twitter), although it could have been for any other cartoon or for her work as a whole.

I also do not know what legal figure allows the Saudi Arabian government to “suspend” an author by preventing any media from publishing his work.

This story fizzled out and no international media picked it up. Any leads would be appreciated.

Related: more cases in other countries.