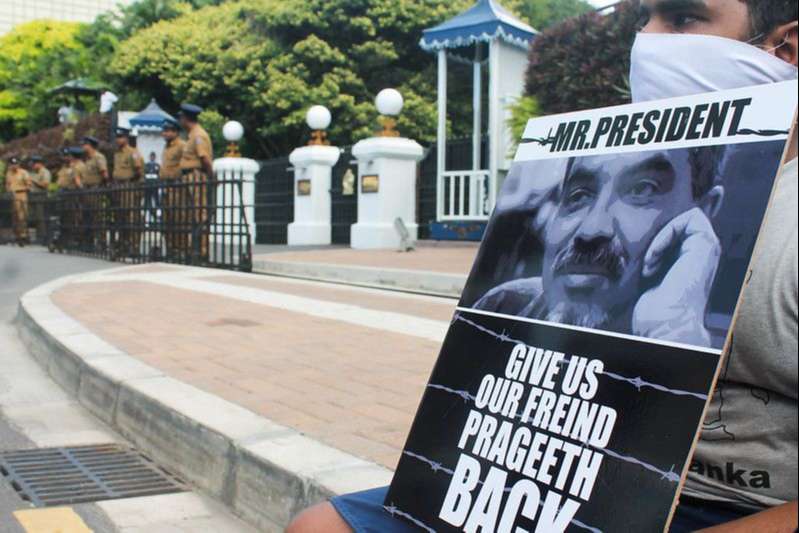 There are new developments in the abduction, and now more than likely murder, of cartoonist and journalist Prageeth Eknaligoda in 2009.

The investigation by Sri Lanka’s Criminal Investigation Department (CID) was completed in mid-October and its findings sent to the Attorney General who has now charged Lieutenant Colonel Shammi Karunarathna, Prabodha Siriwardena and five others for the cartoonist’s abduction.

It has been revealed that Prageeth Eknaligoda was taken blindfolded to an army camp where he was interrogated. Records and recordings of calls and data obtained from the mobile phone repeater in the area confirm that he was held at Girithale barracks and later transferred to Akkaraipattu. 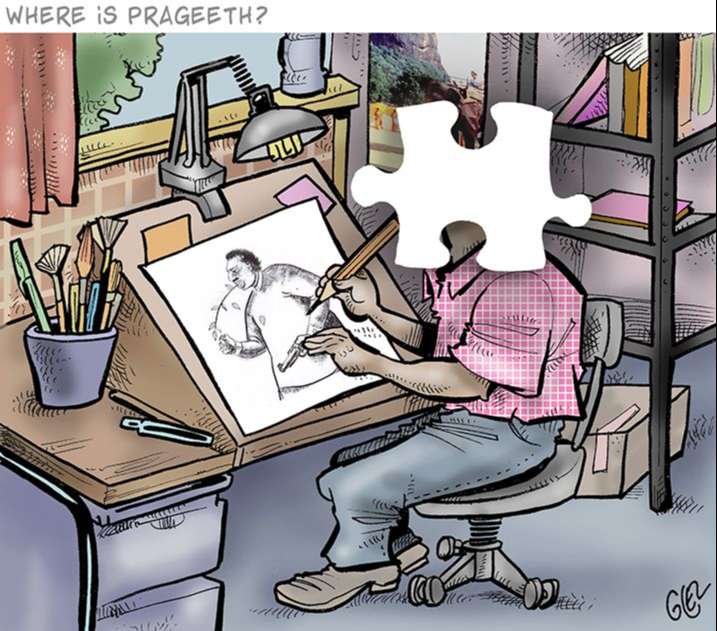 Prageeth Eknaligoda, cartoonist, political analyst and journalist, left his work in Colombo on the evening of 24 January 2010. He said he was going to meet an old friend before returning home. A friend called Prageeth’s mobile phone at 8:30 pm, he only heard a strange noise before he was cut off. That was the last he heard of him. He was then 50 years old (1

). It was two days before the presidential election in Sri Lanka.

Prageeth was working on an investigation into the alleged use of chemical weapons against civilians by the Sri Lankan military in the fight against Tamil separatists.

A few days earlier, the journalist had told a friend that he suspected someone was following him. One of his colleagues told Reporters Without Borders that Prageeth had received threats because of his political analysis. A week before he disappeared, he had published a lengthy comparison of the two main presidential candidates in which he took a position in favour of the opposition candidate.

This was not the first time Prageeth had been kidnapped. On 28 August 2009

, when he was near his home, he was assaulted by a group of people, tied up, blindfolded and forced into a white van. He was released during the morning of the following day.

The hearing to examine the evidence in this case will be held on 20 February 2020. (Source) 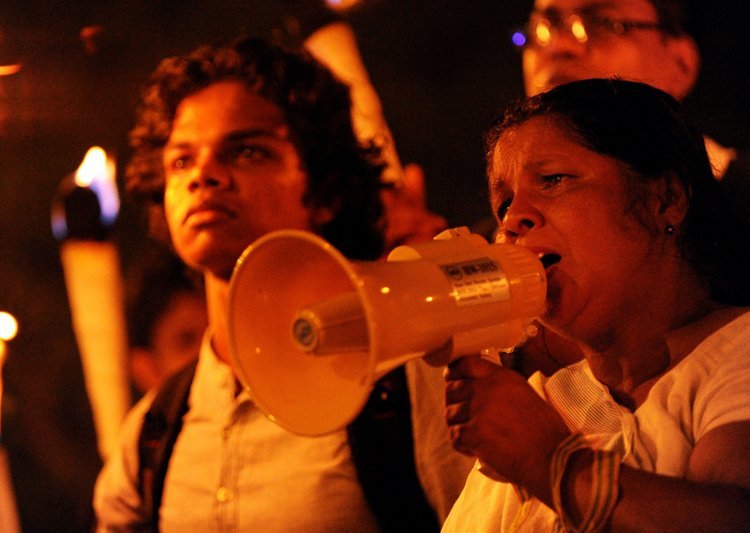 Since the disappearance of Prageeth, his wife, Sandya Ekneligoda

has not stopped searching for him, clinging on to any clue and travelling across Europe and America in search of help. She has also suffered a continuous campaign of harassment and smear campaigns, which she has denounced on several occasions.

You can read more about Prageeth’s disappearance here.

And an interview with Sandya, which I published in 2016.