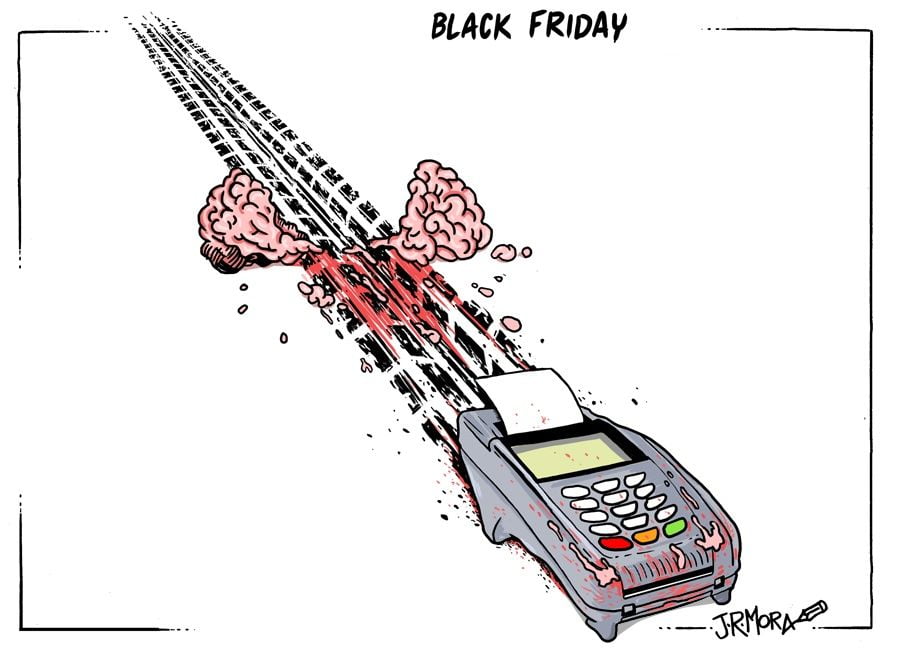 For days now we have been trying to get through the Black Friday bogeyman, which is getting earlier and earlier every year. It’s not long now until the Christmas offers are announced again in February. What was initially presented as a Friday to spend your money on supposedly technological products has turned into three days of insistent calls to buy, extending the calls to buy until Sunday.

In addition, a fourth day, Monday, has been added to the list, also a day for spending money on the internet, which is known as Cyber Monday. All that remains is for the Treasury to join in with Black Friday because there is no sector that does not sign up, from estate agents to funeral parlours hanging posters of Black Friday offers on their doorsteps.

And be careful not to fall into one of the many scams disguised as offers with a fattened price and then reduced that end up being higher than usual or bargains that hide the VAT or that then cut you whatever it is for any mandatory extra concept that is not reflected in the advertising.

In 2017, a couple of studies confirmed what few doubted. Spain’s big online tech retailers went up prices weeks before the supposedly big discount day. Barely one in ten products can be seen cheaper these days than in the preceding month, while four in ten are more expensive.

Be that as it may, with the pandemic-related crisis scenario, this year we read that the OCU estimates that 70% of Spaniards will not buy anything on “Black Friday”.

What comics were on sale when you were ten years old?

More than 11,000 Garfield strips up for auction