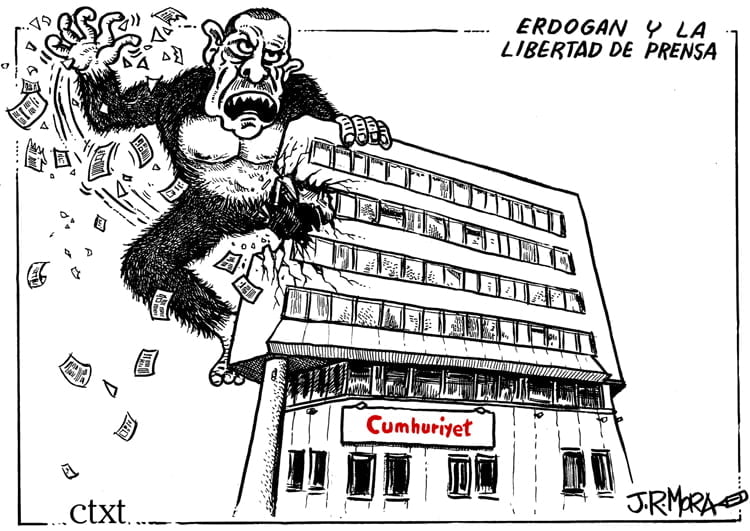 Turkey sentences 14 journalists of the daily Cumhuriyet to prison for terrorism.

A court in Istanbul convicted 14 employees of the Turkish daily Cumhuriyet and sentenced them to prison terms ranging from two and a half to seven and a half years on charges of supporting, through their reporting, organisations that Turkey considers terrorist groups such as the Kurdistan Workers’ Party (PKK) and the Revolutionary People’s Liberation Party Front (DHKP-C).

The prosecution also accused them of having “terrorist” links to the Islamist brotherhood of the preacher Fethullah Gülen, also considered a terrorist group in Turkey after being accused by the government of being responsible for the 2016 coup attempt.

Only three of the accused were acquitted.

Among those convicted was cartoonist Musa Kart, who was sentenced to three years and nine months in prison. 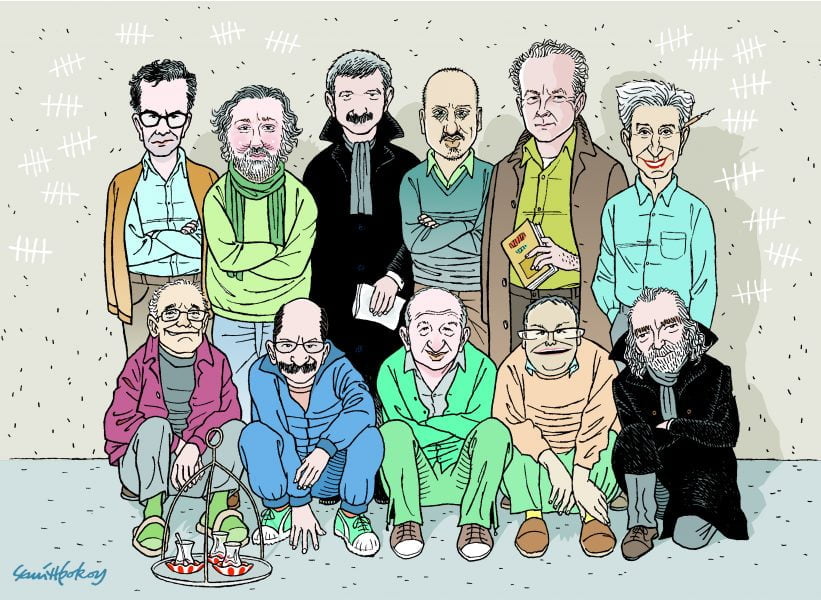 Some of the workers of the Cumhuriyet newspaper drawn by Semih Poroy, Top right cartoonist Musa Kart.

The court handed down the following prison sentences:

This trial began on 24 July 2017 and the journalists were charged with “aiding an armed terrorist organisation, without being members of it“. They faced sentences of up to 29 years in prison.

On 28 July 2017, Musa Kart was released on bail along with six of his colleagues, while the rest remained in prison awaiting sentencing yesterday.

Several internationalorganisations have already condemned the sentence as an attack on freedom of expression and press freedom. The director of IPI (International Press Institute) considers the sentence “an act of profound injustice”. 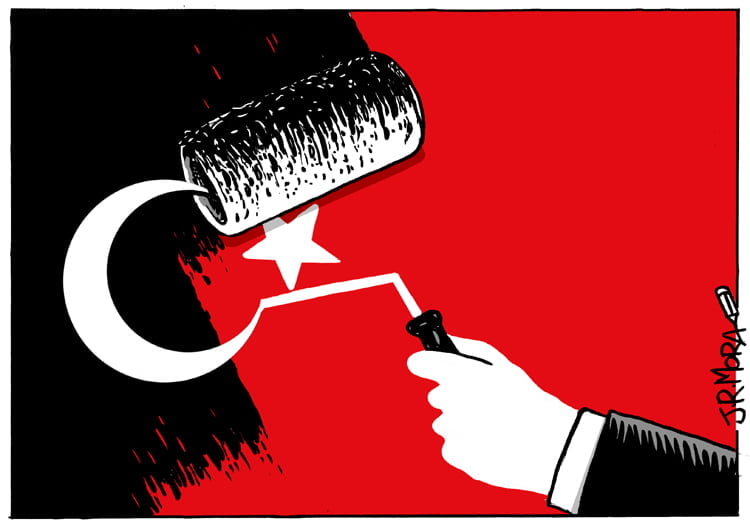 The government does not mince its words when it comes to repressing and persecuting any kind of dissent.

Just look at some of the actions against artists, journalists and anyone else who gets in their way.

Erdogan and his permanent war against cartoons