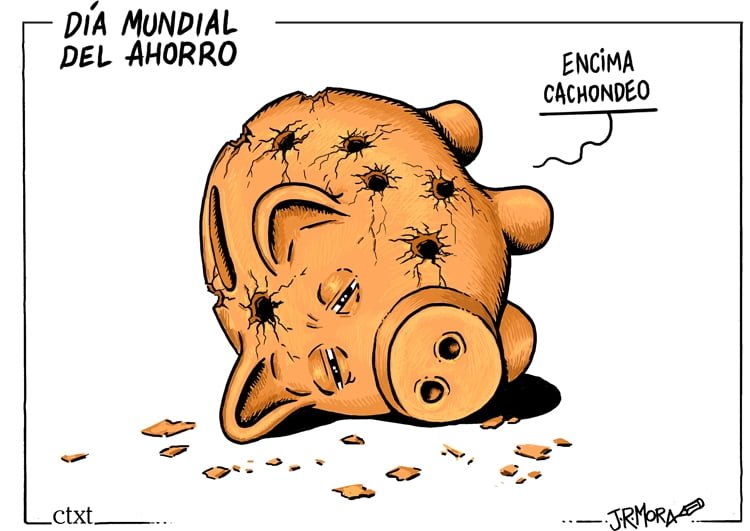 World Savings Day has been celebrated on 31 October since 1924. The reason is that this was the date of the closing of the first International Savings Congress in Milan.

The aim is supposed to be to disseminate savings techniques and tips. To raise awareness of the benefits of saving money and to encourage better planning of the family and personal economy, but I have the feeling that this celebration, with very little media coverage, has been colonised by banks, savings banks and other entities related to banking. It is used as an excuse to advertise their products and services under the guise of social work.

Saving, a chimera depending on where you were born

In some places, piggy banks are given to children. Different activities are carried out to explain the importance of saving and its impact on the economy and all that. But in the world today, almost a billion people live on less than 1.25 dollars a day.

In Spain, 1% of the population holds a quarter of the country’s wealth. This makes us the third most unequal country in the European Union and where inequality has grown the most since 2007. In our country, 10.2 million people live with an income below the poverty line, which translates into a poverty rate of 22.3%.(Source)

One in three young people is still unemployed and 12.3 million Spaniards (26.6% of the population) are at risk of poverty or social exclusion. According to EAPN Spain, there is a slight improvement in the overall rate but poverty has increased as some groups do not perceive an improvement.

And if we add to all this the fact that the labour market has become a wasteland of shit wages and precariousness, it seems to me, at the very least, a joke to talk about saving as something within the reach of anyone.