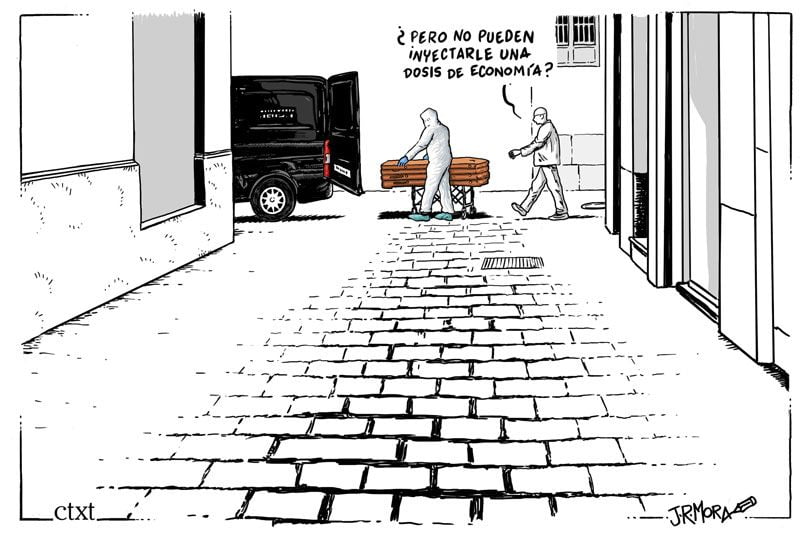 “But can’t they inject a dose of economics?”.

I think that many people are once again feeling the same sense of saturation as in the worst days of the beginning of the pandemic, myself included.  It is once again necessary to stop reading the noise of the networks and to attenuate the bombardment of events without context that are broadcast in the media; there is no human being capable of channelling so much news with a disaster script.

If there is one thing the extreme right are experts at, it is capitalising on anger by creating more anger so that we believe it is natural to demand revenge instead of justice. In this way they stifle any legitimate protest for political benefit.

To further agitate the already agitated has no merit and deserves no applause. The false dichotomy of “health or economy”, so often repeated by one or the other, has ended up being recycled as a banner for small but numerous groups of denialists, conspiracy theorists and other uncatalogues mixed with fascists to claim a supposedly denied freedom. Now neoliberals no longer reject the tutelage of “daddy state”, they demand it.

The swings in communication policy is one, if not the only or the main mistake of the central government, and also of the autonomous regions in the management of the health and social crisis generated by the pandemic, but it is one of the points that most contributes to the loss of calm due to confusion. The feeling that the decisions to close or ban this or that are not based on scientific criteria, or that they do not know how to explain them, is proof of this. 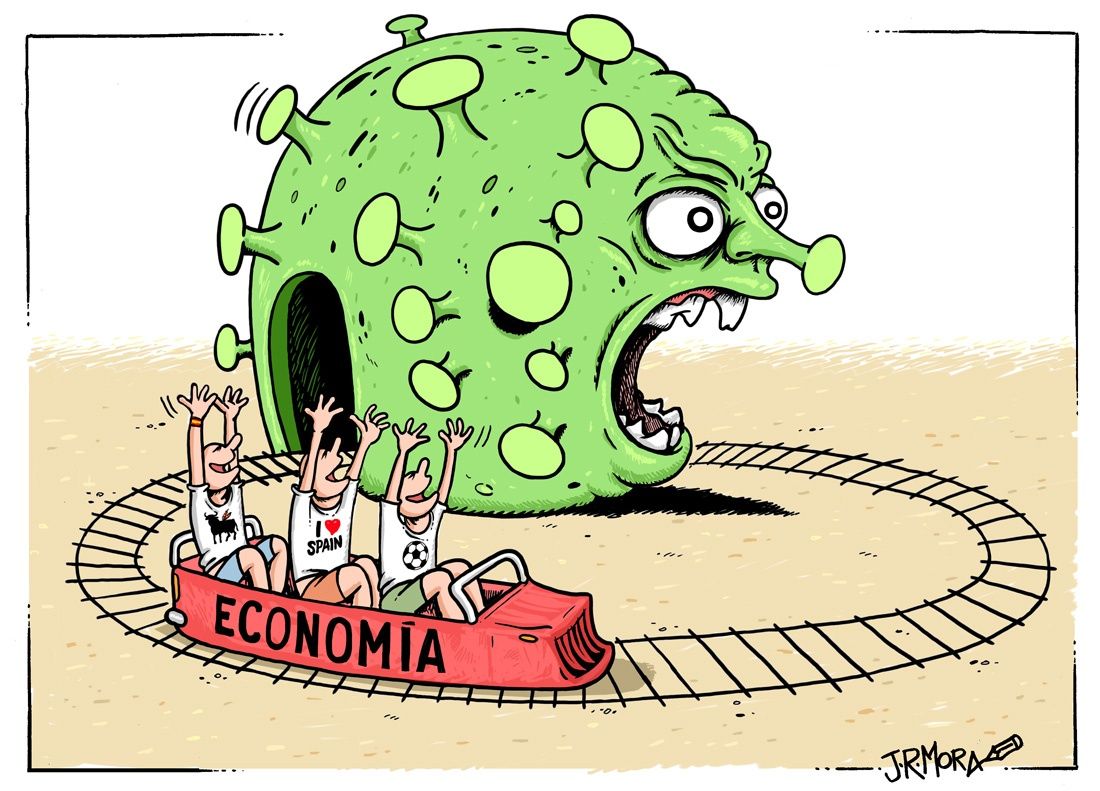 Another legitimate criticism is the weak response when it comes to protecting ourselves. The social shield and the hackneyed “we will leave no one behind” remained pure propaganda.

We are obliged to be critical of the administrations’ response to a global catastrophe such as this one without allowing ourselves to be devoured by biases. It doesn’t do any good and it doesn’t get us anywhere. It is pointless to continue shouting as the only argument that “the others” would have done worse because we have them all in charge of different territories and in all of them the shit is piling up. This does not mean, however, that political heads should be called for and brought down for nefarious and irresponsible management where appropriate.

The scenes of coffins passing at the end of a street in any town, on any day at any hour, are not metaphorical licences. The one that illustrates this text happened a few days ago a few feet from my door. Although we refuse to want to see or show these images, they have been a daily occurrence for too many months. Some have avoided them, thinking that they are not necessary because they are explicit, while others have tried to control their fears rationally. In between are those who only know how to play petty politics by throwing dead bodies around.

Although the figures, without all their intrahistories and prologue, are depersonalised and cold photographs, it is impossible not to be frightened when looking at graphs like this one of Andalusia.

And now, let’s continue to get bogged down in arguing about “saving” the Christmas season, as well as the summer one that the “news” said we were so worried sick about and that has brought us to where we are.

Our main vulnerability to the virus continues to be short-termism and prioritising the fucking “economy” of a few above anything else.

For a year without covid