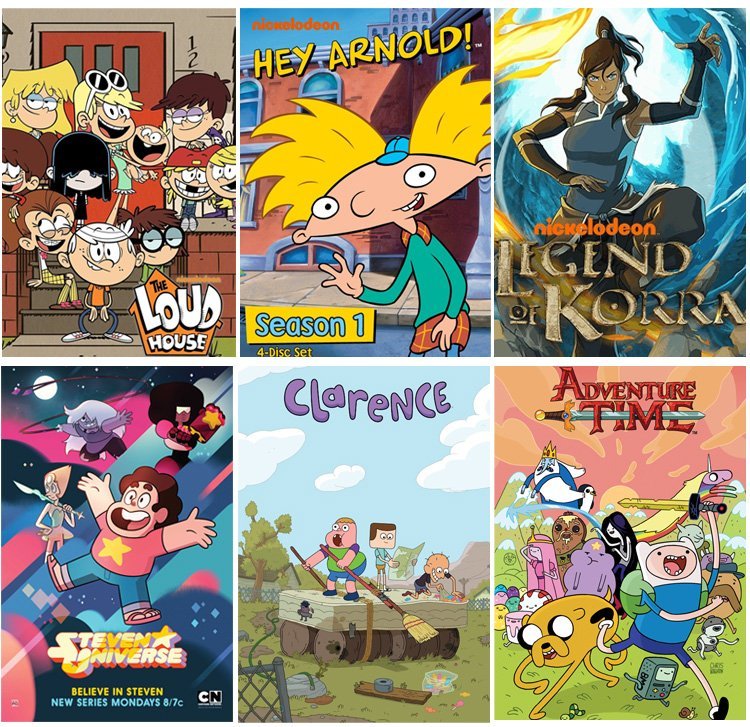 Serials suffer from the same same problems than comic books.

The Kenya Film Classification Board(KFCB) has this month banned a total of six cartoon series from airing in the country after they were labelled as “pro-gay” content.

The series banned in Kenya

The series that have been banned in Kenya are three from pay-TV provider DStv, Nickelodeon, The Loud House, Hey Arnold! and Legend of Korra, and three from Cartoon Network, Steven Universe, Clarence and Adventure Time.

It also recently banned the broadcast of two Disney series with similar plots. From Gravity Falls said that “in one episode a gay couple kissed and in another a lesbian couple cuddled”.

And that Star vs the Forces of Evil that “the jokes were for adults and that homosexual policemen appeared”.

In the KFCB statement, among other things, it is stated that these contents:

“…is intended to induce children to deviant behaviour, is objectionable and inappropriate material“ and “

is directed at children seeking to corrupt their moral judgement about the institution of the family”.
And alluding to alleged complaints from parents it adds:

“the programmes are linked to retrograde and bizarre

messages aimed at promoting the lesbian, gay, bisexual and transgender (LGBT) agenda in the country.”
This is not the first time cartoons have been banned in Kenya, in July 2016 VIMN Africa already censored an episode of “The Loud House” on Nickelodeon. It decided not to air it on its DStv channel in Africa for showing characters in the role of gay parents.

Kenya’s penal code criminalises homosexuality by referring to it as“conduct against the order of nature” and prohibits the distribution and exhibition of “indecent” content, with the potential to corrupt morals, under penalties of two years’ imprisonment. 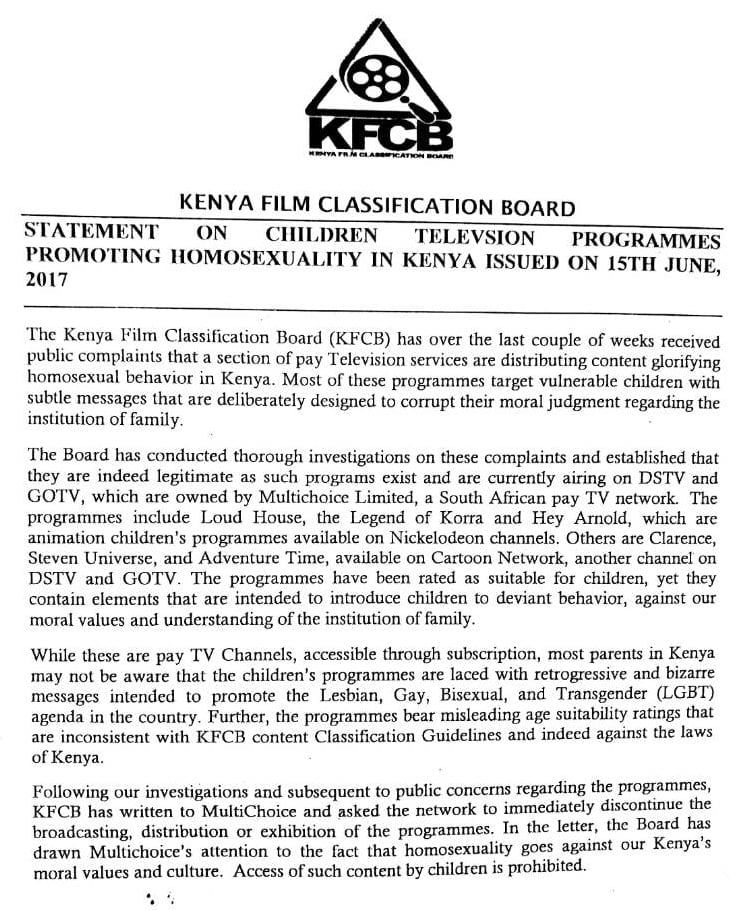 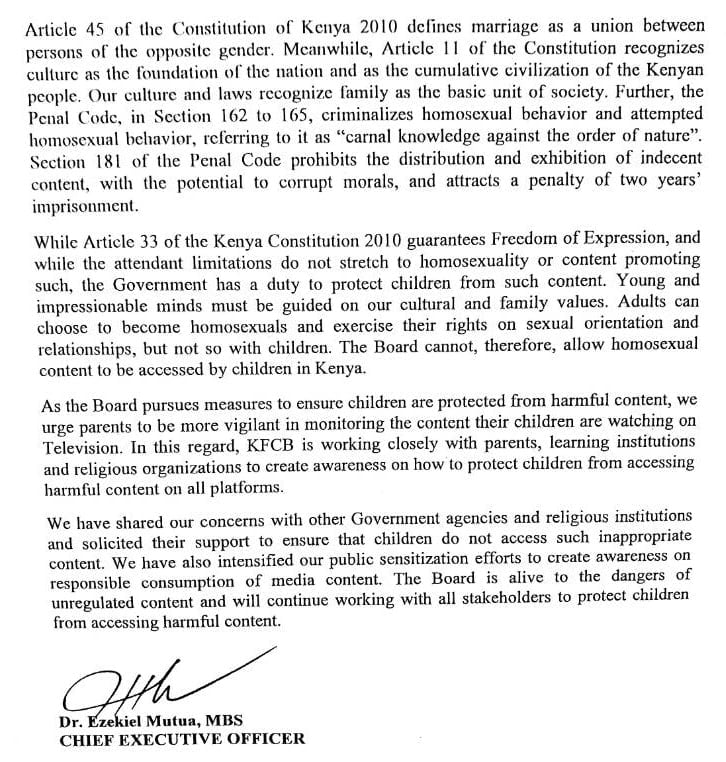