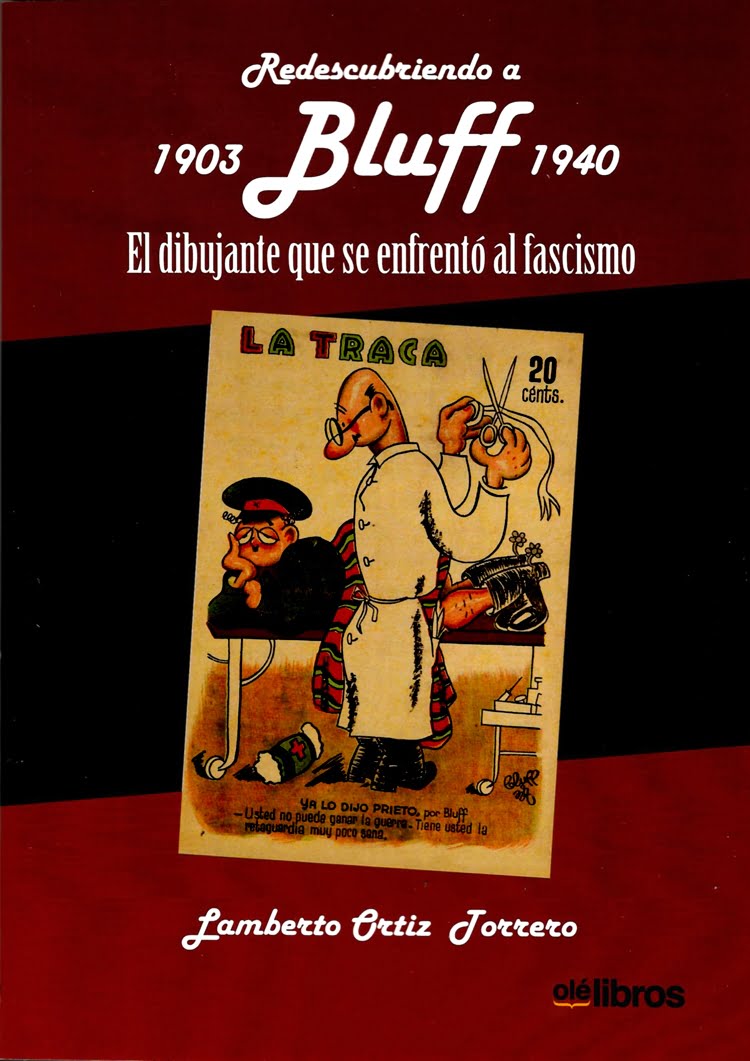 Many repressed cartoonists were condemned to oblivion, and their lives and work erased from books. The researcher and cartoonist Lamberto Ortiz wants to bring back to the collective memory part of the history of the graphic humour of that period and recover the figure of Carlos Gómez Carrera, “Bluff” with the book Redescubriendo a Bluff, el dibujante que se enfrentó al fascismo (1903-1940), which will be presented on 25 October.

Carlos Gómez Carrera was one of the most important cartoonists of the Spanish Republican era, signing his work under the pseudonym “Bluff”. His work was published in the most important media of his time, such as Muchas Gracias, Buen Humor, Flirt, Gutiérrez, Estampa, La Libertad and La Traca. 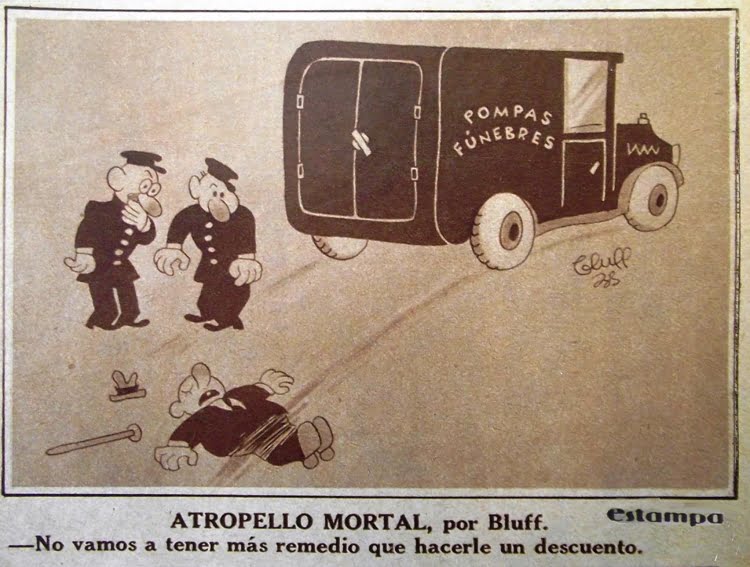 A Bluff without a gimmick

His surrealist and absurd sense of humour was transformed into satire and irony as a weapon to attack fascism, which he sensed could be harmful for the young republic.
In Valencia, he fought for democracy with the newspaper Adelante, and the magazine La Traca, directed by the journalist Vicente Miguel Carceller, with cartoons attacking Franquism. 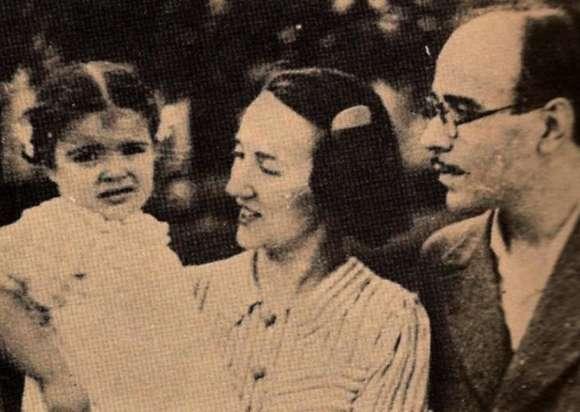 Bluff with his wife, María del Coro, and his daughter Olivia

Imprisoned, re-educated and shot by Franco

At the end of the Civil War he remained in Spain, confident that he would not be reprisalised by Franco’s government. However, a month later he was arrested, imprisoned and ordered to draw for the prison weekly “Redención”, a publication created to re-educate prisoners and the only means of information they could access, where he published old comic strips adapted to his new situation.

In “Redención” he published the cartoons of Don Canuto, “ciudadano peso bruto”, originally called“preso bruto”. For two of these cartoons he was condemned to death, the strips were published on 20 and 27 April 1940.

The first was a subliminal allusion to the slogan “republicans, or reds, don’t wear hats”.

In the second, and what was to be his last cartoon, two fishermen fight over a fish. This innocent scene was interpreted by the regime as Falangists and Carlists fighting over Spain, a very topical struggle at the time.

So sad and absurd. Anything could be used to take someone’s life, according to the fascist mentality of the time.

These vignettes cost him his life, although it is more than obvious that they had already had him in their sights and this was just the final clumsy excuse. Carlos Gómez Carrera was “executed” along with the director and editor of La Traca, Vicent Miquel Carceller, and other prisoners. Bluff was one of those executed in the 28 June issue 1940 at the military shooting range “El Terrer” in Paterna (Valencia). 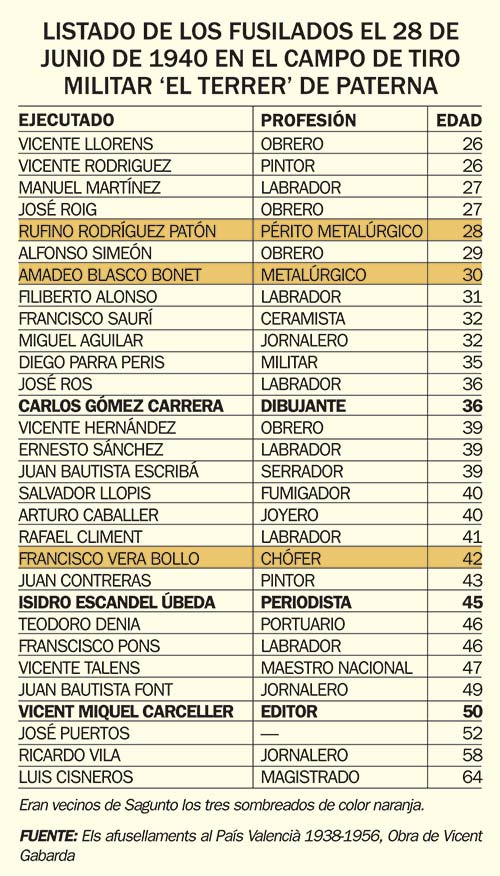 Bluff left a suitcase with his drawings, which never reached his mother, he only received a tie, a belt, a shirt and some minor drawings. And a tomb of silence, according to Lamberto Ortiz. 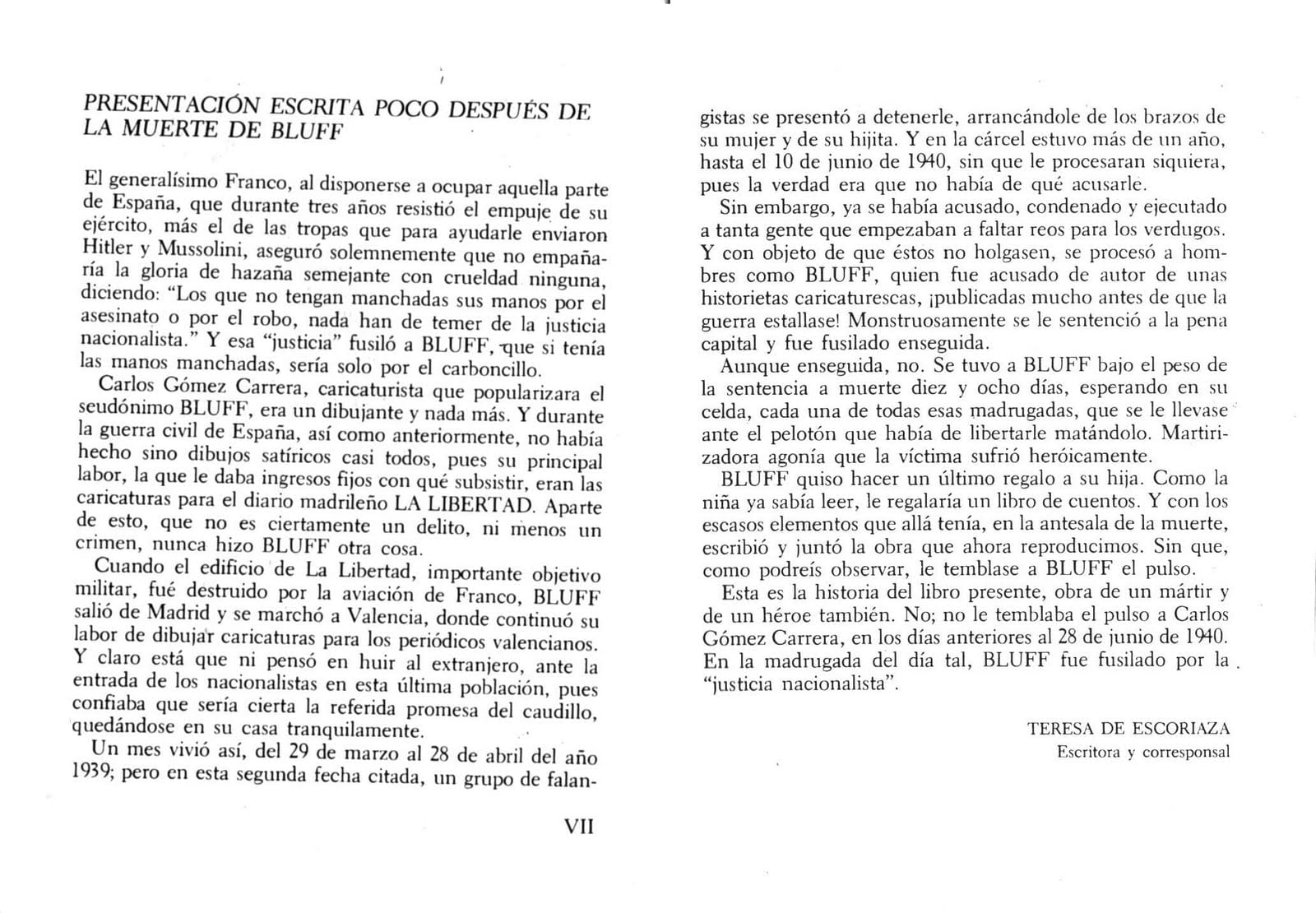 A statement that Teresa de Escoriaza (Bluff’s sister-in-law and distinguished writer) published, from exile, shortly after Bluff’s execution. And a moving dedication, a fragment of a short story that Carlos Gómez Carrera dedicated to his daughter. Source: Carceller and Bluff, 2010 by Lamber. 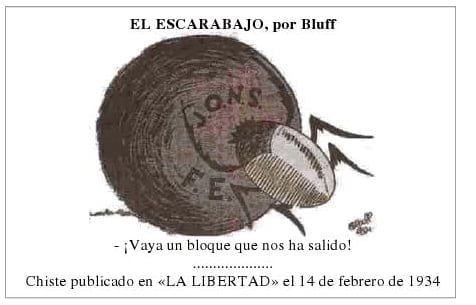 Rediscovering Bluff is an essay by Lamberto Ortiz Torrero“Lamber“. In its 200 pages you can find 100 images including drawings, photographs and documents that recover the history of key authors of Spanish graphic humour who were reviled and condemned to oblivion by the Franco dictatorship.

Lamberto has invested several years of work in this work, which I believe to be interesting and necessary. The book will be presented on Thursday 25 October in Espai Llimera (Valencia)

A couple of pages from the book, which I recommend, courtesy of the author. They are works from 1937 and 1930. 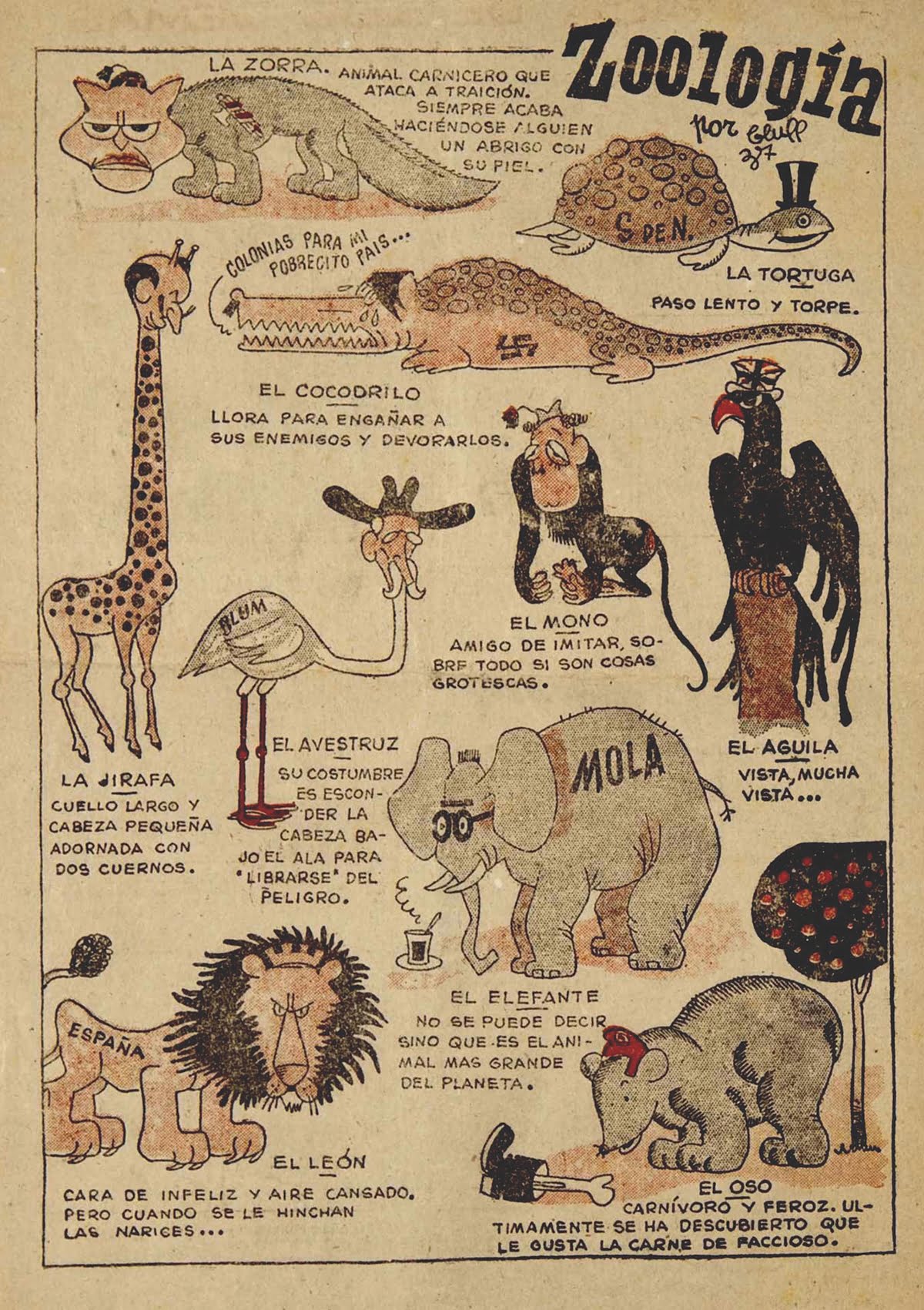 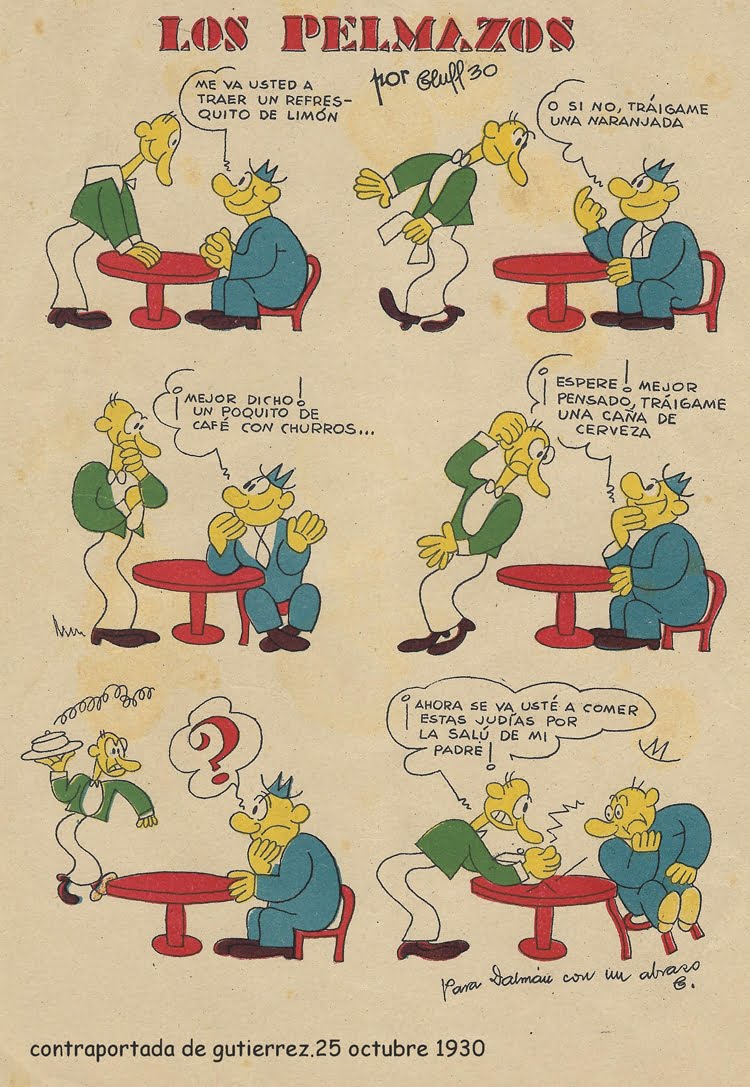