To understand these cartoons of the duel between Tremain and the Otago Daily Times, here’s the short story.

In early December, New Zealand’s Otago Daily Times apologised for a cartoon about the measles outbreak in Samoa that provoked complaints and led to the paper suspending its cartoonist, Garrick Tremain. The long story here.

It was a foregone conclusion that the cartoonist was not going to keep quiet. Now, away from his work, he continues to throw darts at the newspaper and its editor, to whom he dedicates two new cartoons.

The first, on the left, discovers that the Otago Daily Times has thrown its cartoonist into the bin. The second finds it full of letters of support for the cartoonist and the third what can be understood as an “editorial” fish scrape or spine.

In another of the cartoons, taking a direct shot at his editor, Barry Stewart, he refers to him as a mouse hunted by an expert mousecat. I take this to be a reference to his weakness in the face of complaints.

A few days earlier he had already dedicated two more to him for surrendering to criticism. In a cartoon entitled “An ode to capitulation” he shows the image of a man under a bus and the text:

“One editor, so timid, frightened by the PC (Political Correctness) fuss … threw his cartoonist under the bus.”

On the left is the editor running away from the scene. 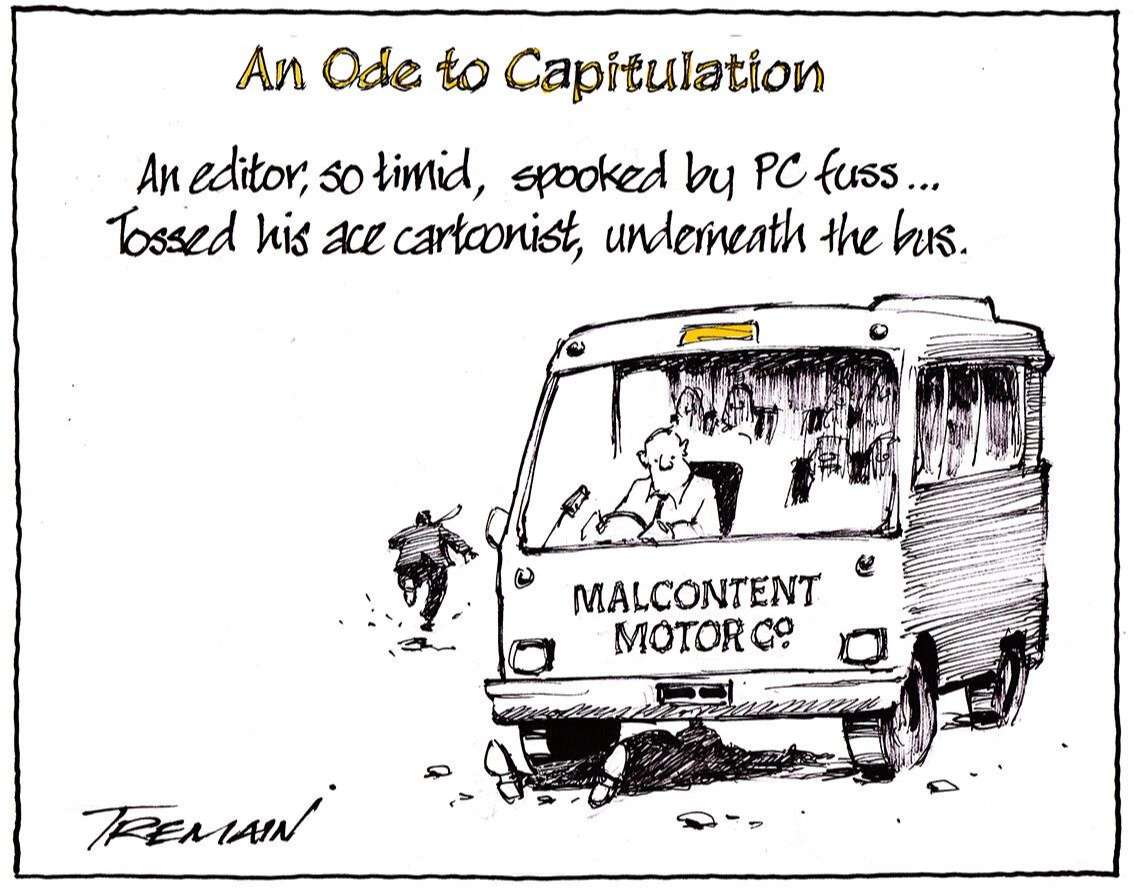 In another, Tremain made an ironic direct allusion to the apology that the newspaper published on 5 December, titled on the front page and entitled We got it wrong (We were wrong).

In the joke, set in a bar, a customer asks the barman if the ODT front-page story he is reading, entitled “He’s a Dog Tucker“, is about something gory about Prince Andrew.

“This is serious, mate… some cartoonist making jokes”, replies the barman.