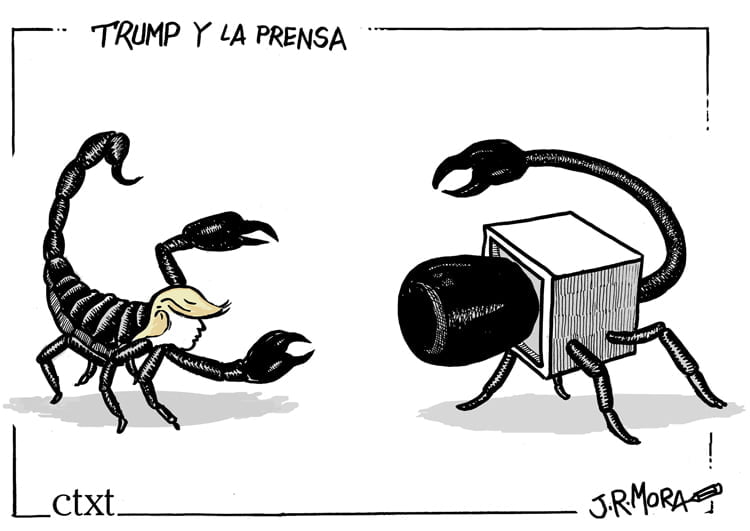 The infantile confrontation that has been waged here about who the average Spanish citizen should support is a thing of the past. Whether the cold right of one or the cool right of the other.

In the time it takes to blink twice, the media have told forty anecdotes about Trump, they have expired and another forty have appeared.

Ever since Trump started feeding during the campaign that Obama was African, he has been spouting nonsense and bullshit that has worked very well for him. And he got a taste for shaping the front pages at the stroke of a tweet. 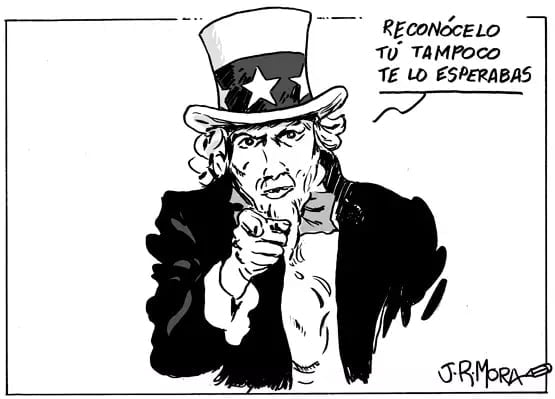 Conservatives began to point the finger at progressives, and their media, for orchestrating an anti-Trump campaign that ultimately achieved the opposite, as if the votes were a sideshow. And now Trump is going to give them hell.

With the alleged withdrawal of the Spanish version of the Casablanca website (which they deny) some media have entered into a curious short-circuit. 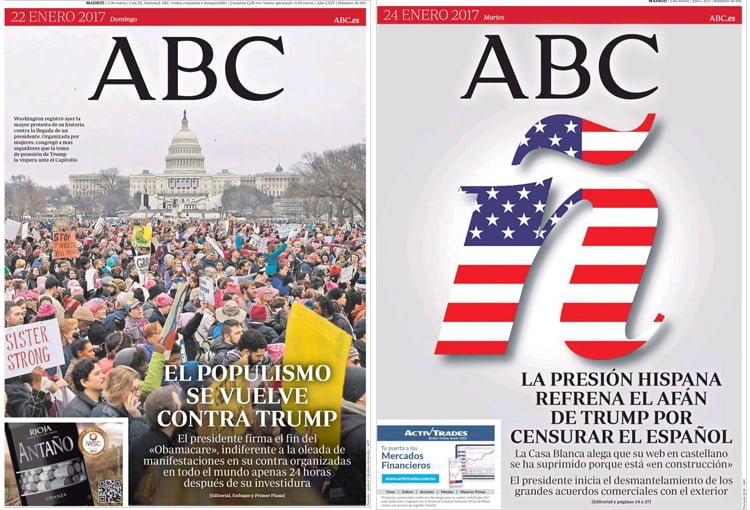 Meanwhile, people were still arguing about whether there were more people at Obama’s inauguration or who had more follogüers as an indicator of importance, whether Melania had made such a weird gesture, about the fake photo of Obama groping the new first lady’s ass, the tacky new curtains in the oval office or singling out a minor with stupid headlines. 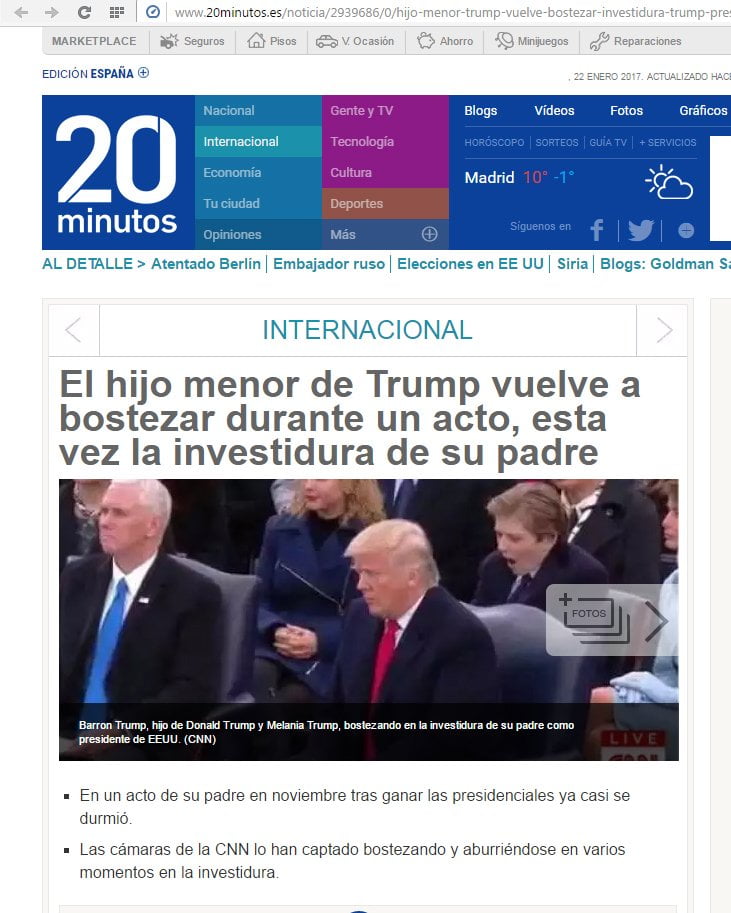 And bullshit, lots of bullshit. Infantileism and dumbassery. They call this bullshit storytelling.

Some of them, as usual, false. Like that his speech was plagiarised from the films Bee or Avatar. 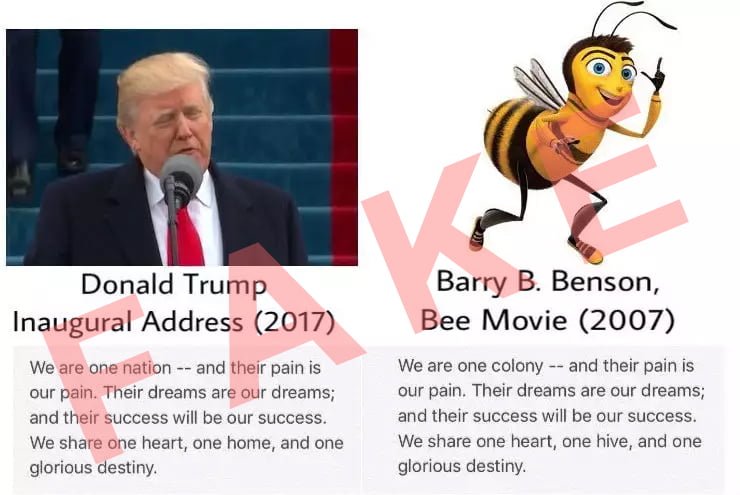 But I think the best joke was told by El País, which called the millionaire “anti-system“. 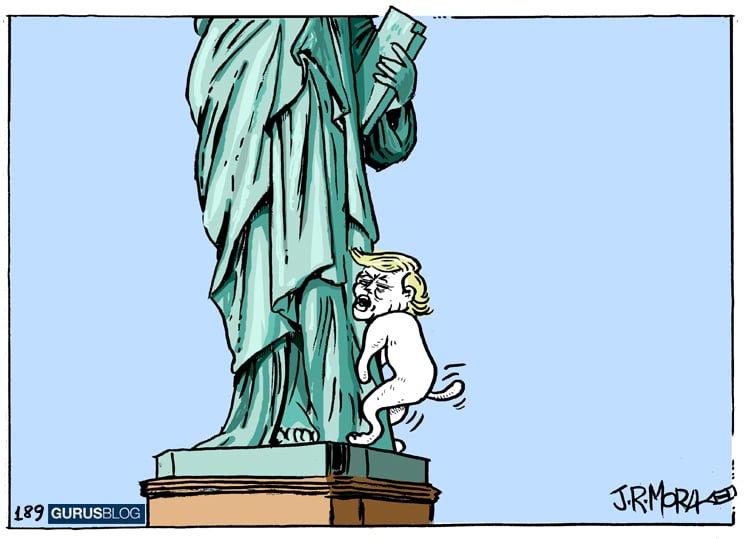 Although if you want curious opinions, listen to some in this video (min. 3:03), in particular that of a woman who once declared herself undecided.

“I find it very difficult to support Hilary as a woman because I didn’t think it was right for her to support her husband when he cheated on her and admitted it, but then all this stuff comes out about Trump and the way he looks down on women….

I’m not sure, I worry about how other countries will see America if we have a woman President, although I’d like to say it doesn’t matter, but a lot of America’s enemies would see us as a weak country

Also very remarkable is the absolute nothingness in the tone and content of Melania Trump’s speech.

Between what we have seen and heard these days, there is everything, everything but politics.