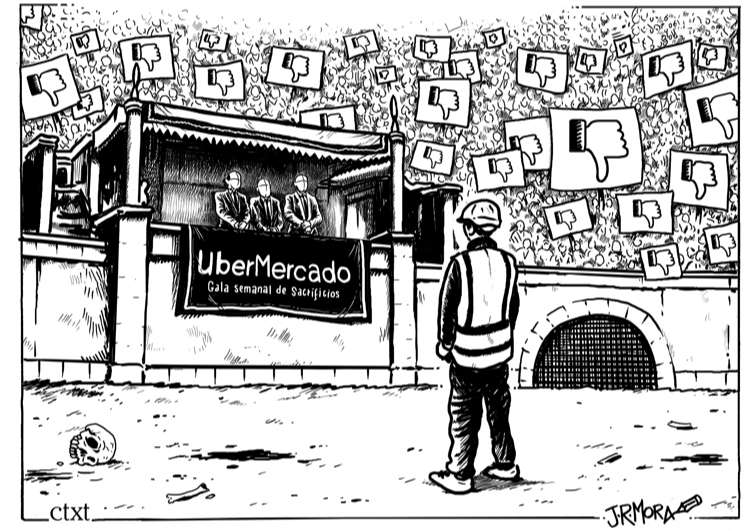 When you start collecting years, it is inevitable to try to make comparisons, some of them with a hint of nostalgia, with those past times that almost always seem better to us. The optimism of youth prevented us from believing that everything would always be this bad, much less that it would get worse.

With the labour market I sometimes have that feeling, when I look back on my first jobs (this is the subject of another post) and the panorama of those harsh, and not at all easy, 80s and early 90s to make a living, experiences come to mind that are almost as close to junk work as the current ones, but even among the junk there are levels of putridity.

When you were looking for a job, and I’m talking about jobs for unskilled workers to get by, “good” jobs were almost a legend, you took it for granted that what you would find fell into four main groups.

The evolution of rubbish

All year round, there was an abundance of contract work to sell anything on commission, without pay. Even if they called it a “contract” it was, and is, a piece of paper equivalent to having nothing.

There were also the eternal black jobs in the eternal underground economy, what we used to call “chapú” down here, which in other places they call “ñapa”, I think.

If you were lucky, you could also get a seasonal contract in the service sector (if you lived in or were near a tourist area, anyone could be a waiter).

And finally, the big prize, the much coveted “real” employment contract, there were even permanent contracts and everything.

Nobody, or very few, asked you to register as self-employed to be able to work, that was reserved for hauliers with their own vehicle and derivatives, who were generally people of an age and with experience in their field.

Little by little, pizzerias and other food companies started to appear, with delivery by motorbike, and although it was taken for granted that they were occasional jobs, nobody overlooked the fact that they earned shit, but less was nothing. It was a “young person’s thing”.

If I had to compare those times with today, I’m sorry, it’s not misplaced nostalgia. What we have now beats the crap out of anything I remember.

Not only has the language been prostituted, the first thing that has been trampled on has been rights, all the cuts have fallen on the worker, on his wages and rights, everything has been surrounded in a false wrapping of technological novelty and modernity to re-baptise and normalise precariousness and exploitation. Moreover, many of these multinationals continue to ask for laws to be changed and custom written to legitimise their rackets.

And they even go so far as to “suggest” to their employees that they reject rights and laws and embrace the company as if it were a cult. In the midst of so many setbacks, we are relieved to hear of some progress.

The companies of the false collaborative economy are very clear that the profit is in exploiting the need to its ultimate consequences, knowing that the situation of the labour market has put all the workers at their disposal, if one doesn’t do it, another will.

And they call this freedom of choice. That is, you have the freedom not to choose their shit, so they keep offering it bigger and bigger, and more companies come along offering even bigger ones to compete.

Related: Cabify: facts and mysteries of the first Spanish ‘unicorn’ 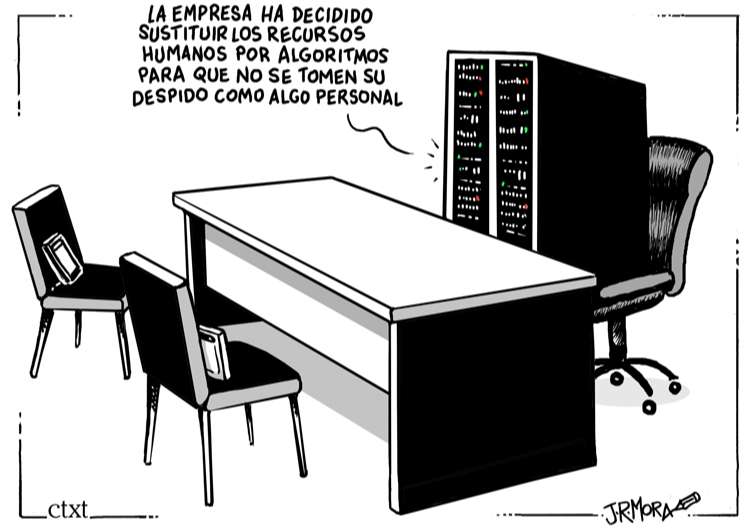 They distract us by telling us that their business is based on an App, all very cool and modern and that if you don’t accept it you’re a neo-luddite. You can’t go against technological advances.

Enlightened “liberal” cringe. There is no joke that beats the character

But what advances are these? That the device for ordering products or contracting services is a telephone, welcome to the future of the old-fashioned. With names and colours like Silicon Valley. 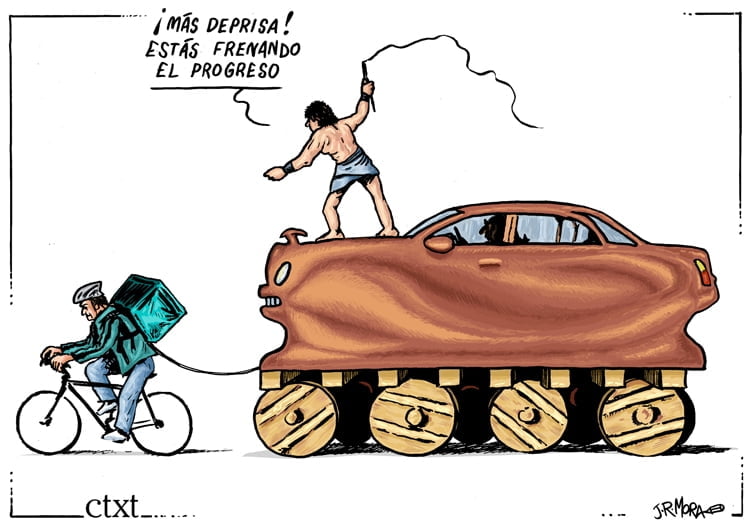 The jobs are still the same as always. Now with the addition of a mechanism to shepherd, control and evaluate employees, voting buttons and polls are introduced. With this system, the customer can do the company’s dirty work. The employer can sift, punish, cut wages or even fire workers based on the results of a digital vote.

And this is how what some call “Like” workers begin to appear, workers who live anxious about what people will say in the free network of voters created by the company and who leave the fate of their employees in the hands of customers so that they can continue to exploit them in a more “democratic” and humanised way. 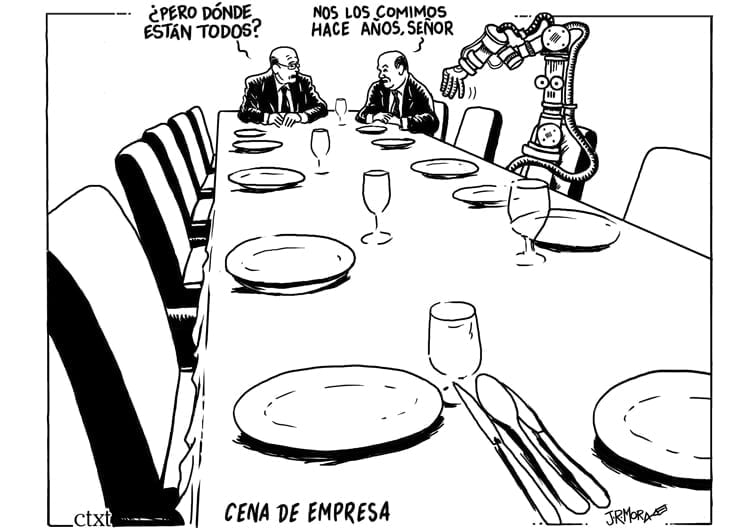 And if not so long ago we thought that paying to work was twisting the joke too much, just read what is told here, workers who receive salaries that go out to pay the company. Drivers for Uber and Cabify hired by Atlantis Media, a company managed by the president of Unauto, denounce that they have received negative pay slips.

I have never liked to play at predicting the future. I hope I will not have to come back to this text when the “uberisation” of employment spreads to all sectors and trades. We could find ourselves borrowing money to pay the exam fees that will allow us to apply for a job, unpaid and paid. In a company that exploits us to the hilt, and thankfully, because it is much worse not to have a job. 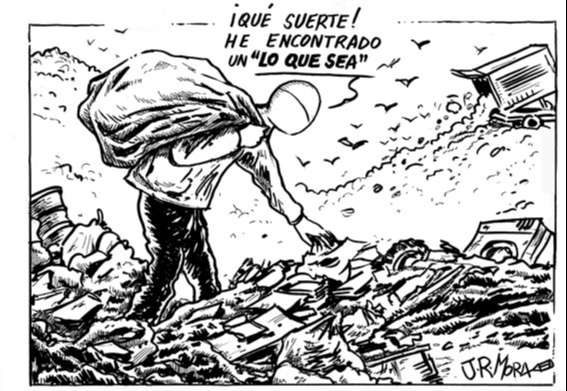