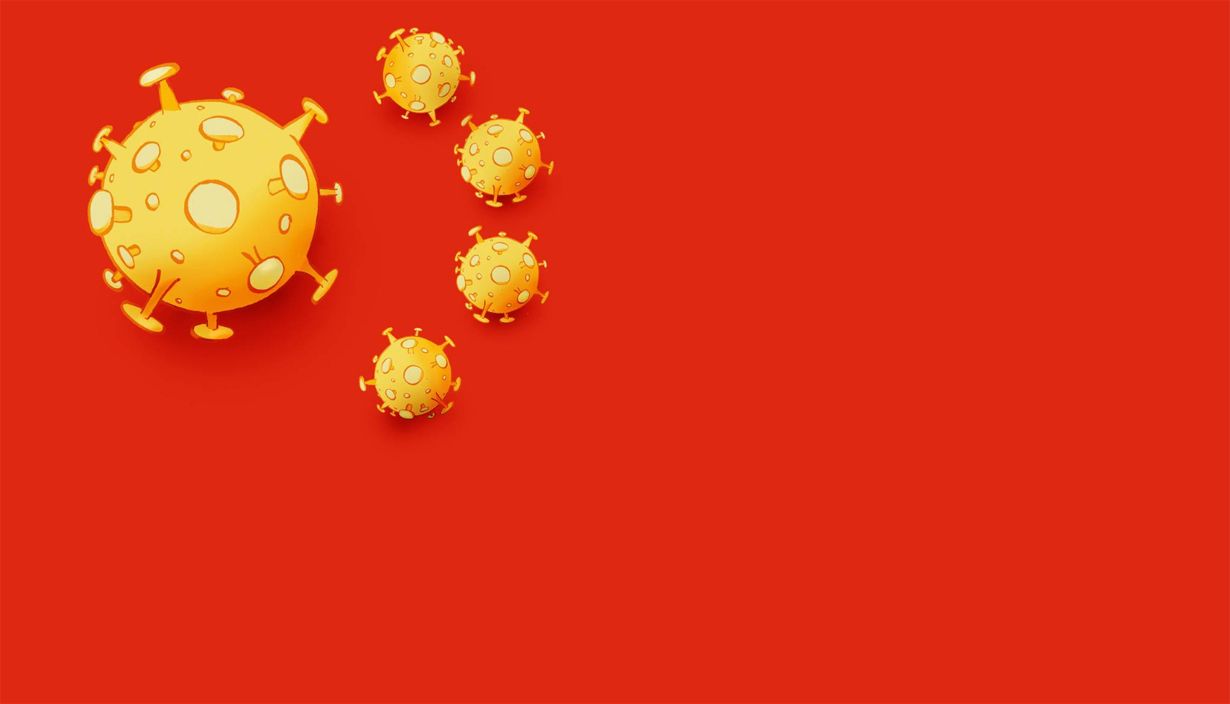 The Chinese embassy in Denmark issued and published on its web site a communiqué in which it urges the newspaper Jyllands-Posten and the author of the cartoon, the cartoonist Niels Bo Bojesen to publicly apologise.

“The recent outbreak of new coronaviruses in Wuhan has claimed 81 precious lives in China. While the Chinese government and people are doing everything possible to combat this rare public health emergency, and the international community has shown us great sympathy and support, Jyllands-posten published a “satirical cartoon” by Niels Bo Bojesen that is an insult to China and hurts the feelings of the Chinese people.

Without any sympathy and empathy, it has crossed the bottom line of civilised society and the ethical limit of freedom of expression and offends human conscience. We express our strong indignation and demand that Jyllands-posten and Niels Bo Bojesen reproach themselves (?) for their mistake and publicly apologise to the Chinese people”.

To give you an idea of how upsetting the cartoon was, here are some examples this opinion piece by Zhang Zhouxiang in China Daily entitled: By insulting five-star flag, Danish cartoonist insults himself.

The newspaper responds that it was not their intention to offend the Chinese people, in a note published on 27 January they point out that the cartoon describes the problem of the evolution of this disease which is currently spreading from China to other countries around the world.

Through a cartoon and the inherent spatial limitation, the Chinese flag has been used to tell this story, in the same way that flags of other countries, such as Denmark and the United States, are often used in more or less caricatured contexts. Jyllands-Posten celebrates the principle of freedom of expression and leaves room for divergent opinions. This can sometimes cause some people to feel offended, and while we might empathise with this, it does not form the basis for our edition of the newspaper. However, we would like to reiterate that this cartoon was in no way intended to be offensive.

Later, Jacob Nybroe, editor-in-chief of the paper, according to a note from EFE said they ruled out an apology.

“We can’t apologise for something we don’t believe is wrong. We have no intention of making fun, nor do we think the cartoon does. As I understand it, they are two different forms of cultural understanding”.

Mette Frederiksen, Denmark’s prime minister, has defended “freedom of expression” in her country and assures that she will not apologise for the publication of the cartoon. So far, no one has apologised to her.

The conservative Danish daily is known and remembered for the publication, on 30 September 2005, of the infamous “Mohammed cartoons” . The publication of those cartoons drew a response from Islamic fundamentalist groups in a series of violent events in several countries attacks in different countries.

Hundreds of cartoons have been made about the coronavirus outbreak and more are to come. The flag as a graphic resource is in many of them, as Cartoon Movement reminds us.

Cartoonists respond to the coronavirus. Including some controversial cartoons at the end of the slideshow, where cartoonists parody the Chinese flag in various ways, an approach that some consider to be mocking China and victims of the virus. pic.twitter.com/CoafRR8N9H

The use of national symbols in graphic humour is another of the frequent excuses to try different kinds of stoning of cartoonists. In this case, a rather simplistic and easy, almost white cartoon has become the beginning of a diplomatic conflict.

Humour in trouble, collection of cases (III)
Cases of cartoonists who have had problems of some importance because of their cartoons or satirical illustrations. There are also some stories of other people who, without being cartoonists, have got into trouble for sharing them.