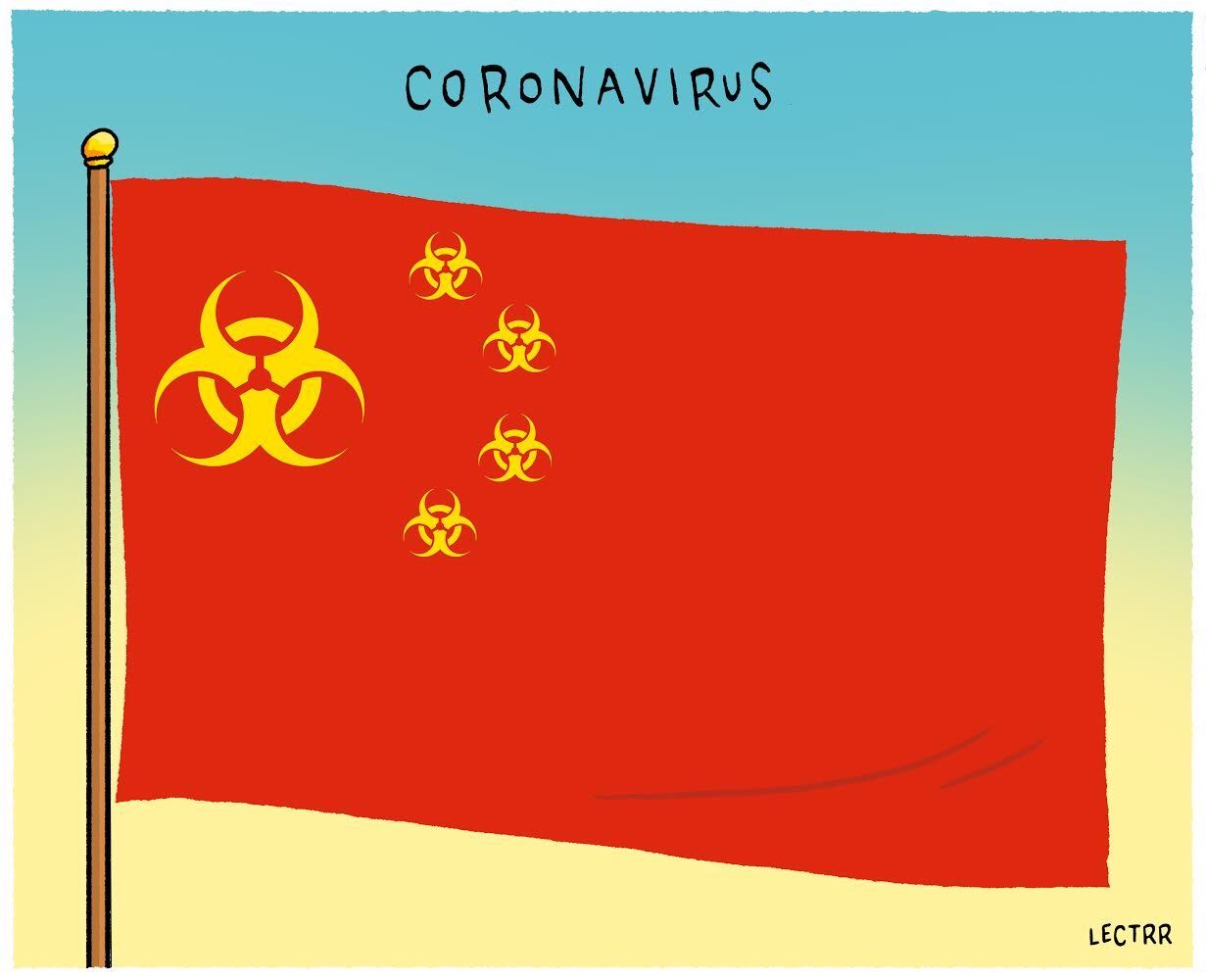 23 January 2020
The association of Chinese companies in Belgium and Luxembourg has published a note in which it considers that the image of Lectrr, which was published on its website and on Twitter on 23 January, and also in the daily newspaper De Standaard,“insults China and seriously hurts the feelings of the Chinese people“. They add that “the satire is inappropriate and offensive to us and others in various communities across the country”.

The companies are demanding that both the newspaper and the cartoonist apologize publicly to the Chinese people for their mistake.

“We demand that the newspaper and the drawer immediately reproach themselves for the mistake and publicly apologize tothe Chinese people”. 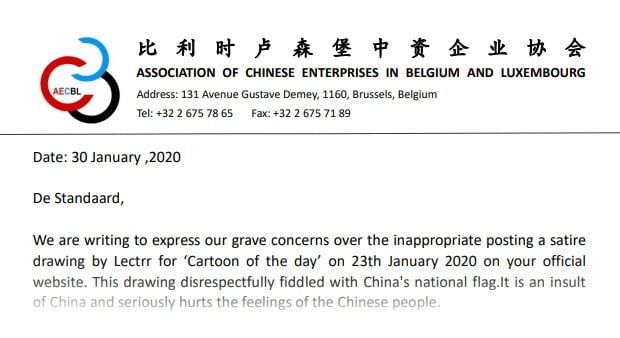 This story is almost a carbon copy of this one from a few days ago. The fact is that in China they don’t take kindly to the flag being touched.

Even the cartoon has the same graphic approach, nothing far-fetched and already very exploited, by the way.

In the reprimand to the Belgian newspaper, even the text of the communiqué is almost identical to that of the note on the Danish case. The difference is that it is slightly longer and adds some nuances to its complaints.

The statement says that the publication of the cartoon advocates the culture of intolerance and perpetuates xenophobic rhetoric, on freedom of expression they make a particular interpretation:

“Freedom of expression should not be at the cost of harming other countries and people, and certainly should not be a pretext for insulting China and the Chinese people.”

“We understand freedom of expression, but we clearly know that freedom is not absolute, borders and restrictions must be applied.

European society’s perception of the new coronavirus may cause unnecessary panic about the disease and concerns about public health and safety. Satire also generates isolation and discrimination and violates the code of conduct of journalism”.

Lectrr, who contributes to several Belgian publications, has stated that he does not feel pressured by negative reactions.

“I think freedom of expression is important and I will continue to do cartoons about the virus, I don’t feel the pressure to stop,” he told the Antwerp-based Dutch daily HLN.