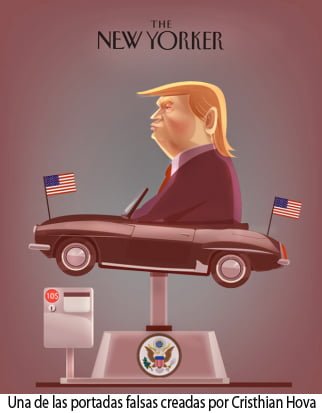 Cristhian Hoyos Varillas is a Peruvian illustrator who signs his name as “ Cristhian Hova” and has been in the news this week for clumsily lying about his artistic successes. Ghosting is one of the least forgivable sins, along with plagiarism, in the profession.

Journalist Diego Salazar scratched beyond an article published in El Comercio and ended up discovering the deception. In his blog he recounts in detail the process of verifying the illustrator’s lies, which were pretty lame.

Hova invented, among other things, that he had drawn three covers for The New Yorker, but it was all a crude photomontage.

He even manipulated a photograph of Liam Gallagher showing a picture on which he pasted one of his illustrations.

And as is often the case, other alleged plagiarism by the author is now surfacing and the rest of his achievements are being called into question.

The illustrator also apologised in his own way and removed his entire online presence by closing all his social media accounts. His website is also listed as “suspended”. 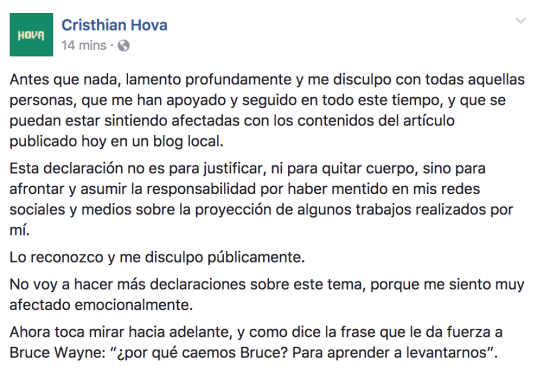 Although I’m no friend of stoning and try to avoid it, except in cases where the person targeted is a bad, very bad guy, I think in this case it was only fair that the illustrator received his reality check.