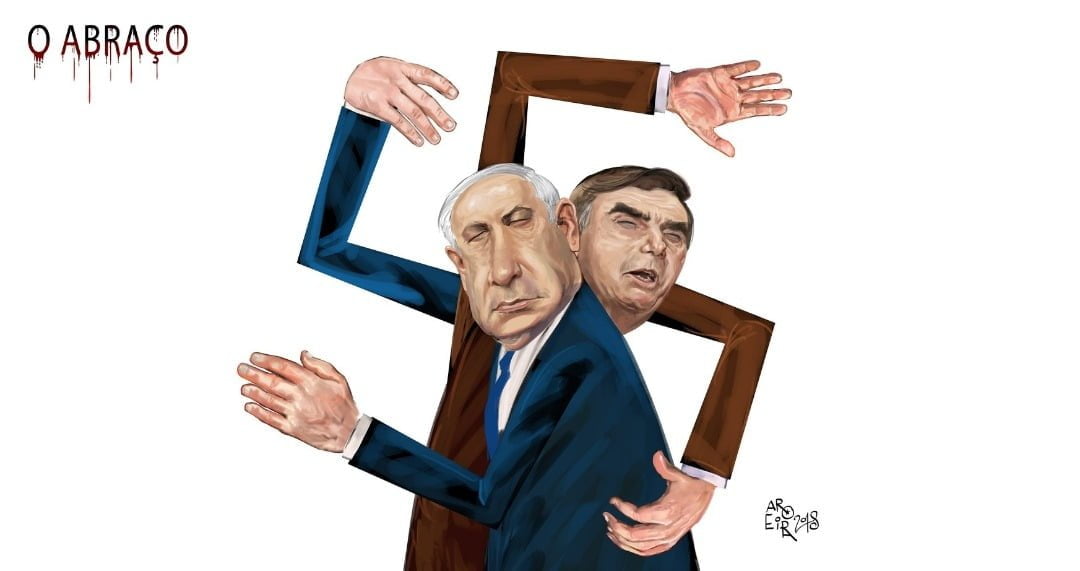 At the end of January, the Jewish federation of Rio announced a lawsuit against cartoonist Renato Aroeira. Since the announcement, there has been no further news of this lawsuit, or whether it was ever initiated.

The reason for the announcement of the legal action is a cartoon, which they consider to be anti-Semitic and which was published by the newspaper O Dia, one of Rio de Janeiro’s largest daily newspapers.

The image, entitled “the embrace”, refers to a meeting between Benjamin Netanyahu and the then newly inaugurated president of Brazil, Jair Bolsonaro, and shows the two leaders forming a swastika with their arms.

In this type of case, it is increasingly common for lawsuits to be announced to make headlines even though they are not filed or even admitted and are never heard of again.

Brazilian MP rips up cartoon on police violence at exhibition