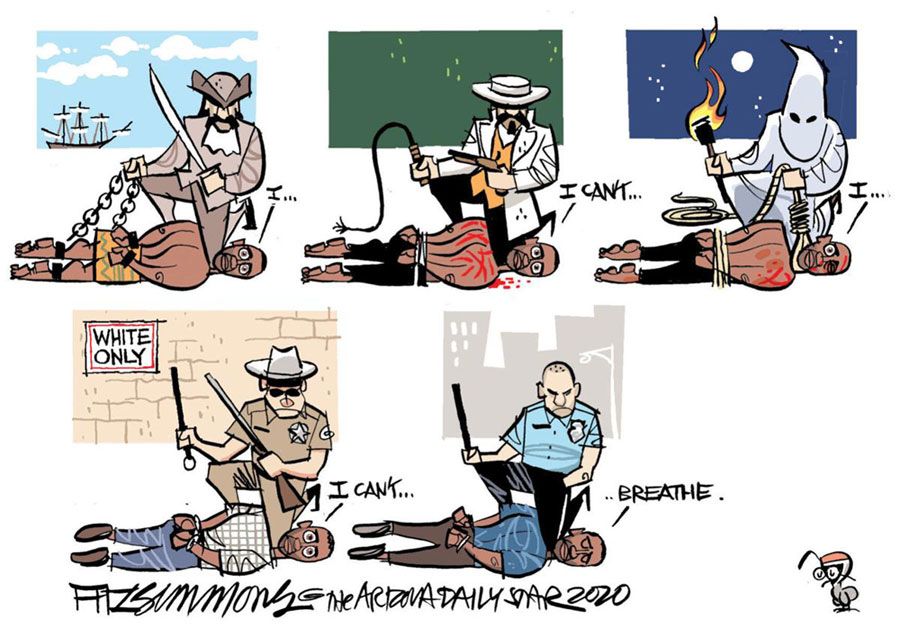 Cartoon withdrawn from a school exercise in Texas

This cartoon titled “George Floyd” by the cartoonist David Fitzsimmons Fitz” was originally published on 31 May 2020 in the Arizona Daily Star.

The exercise in question included other vignettes and their corresponding context. 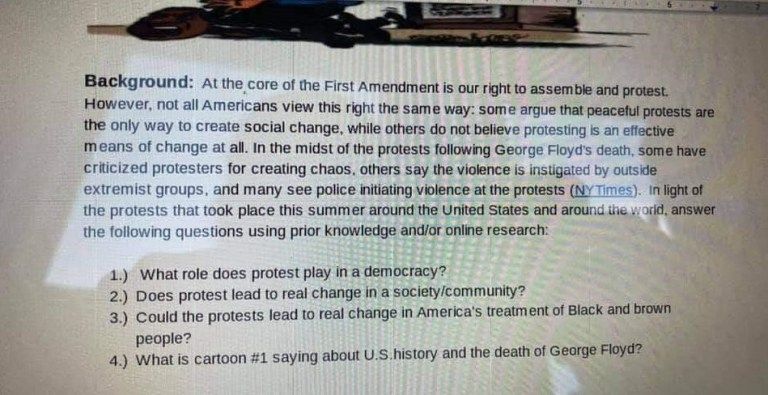 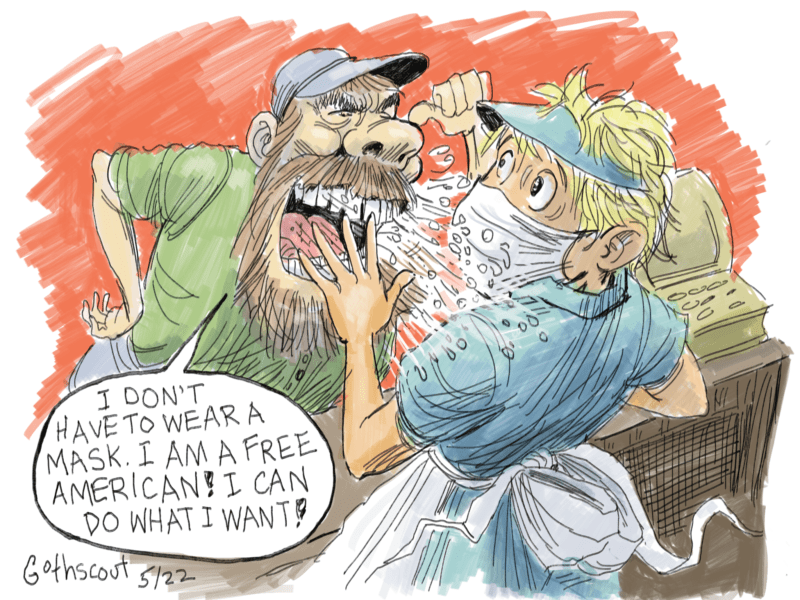 The governor of the state of Texas, Greg Abbott, requested the Texas governor called for an investigation by the Texas Education Agency and demanded that the teacher who developed the exercise be fired for comparing the police to the Ku Klux Klan Police he also issued a public apology. It is curious that it seems that the only objection to the series of 5 scenes in the cartoon is only to the one that alludes to the KKK and says little or nothing about the cartoon as a whole.

The school district withdrew the exercise cartoon and apologised.

On Daryl Cagle’s blog there are a good summary of the story titled“Mad governor, angry police, timid school district and a great cartoon” which includes response from David Fitzsimmons.

In mid-September the controversy over this cartoon it was revived after a Westchester County high school teacher reused it and others in an exercise.

Cartoon gallery from the author’s 2020 Arizona Daily Star, where he has been drawing since 1986 (View with VPN).