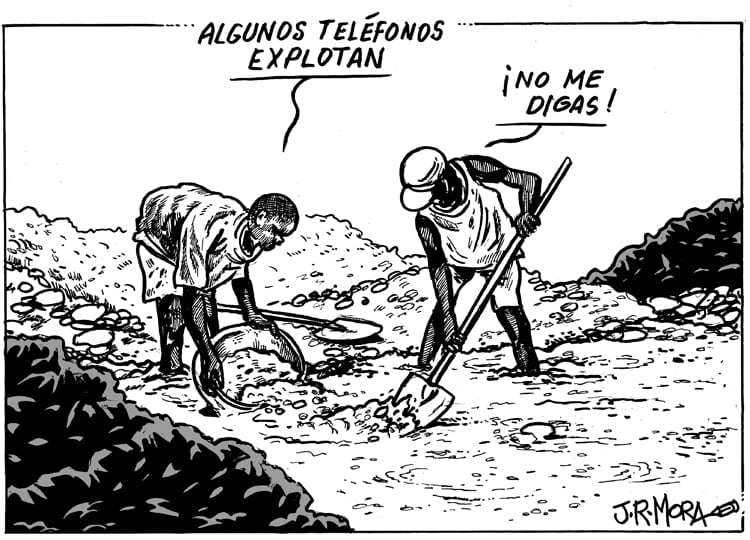 International Children’s Day will be celebrated on 20 November, but hundreds of millions of children have nothing to celebrate.

So begins the call from Cartoons For Change cartoonists and illustrators from all over the world to take part in a joint protest action.

It is absolutely unacceptable, cruel and illegal that 72 years after the Universal Declaration of Human Rights and 31 years after the Convention on the Rights of the Child there are nearly three hundred million children forced to work.

Cartoons on the Berlin Wall

Cartoons For Change is preparing an exhibition in Germany, the works will be hung on the Berlin Wall as a protest against child labour under the slogan #BerlinWall2021 and on social media as part of its global campaign #365DaysAgainstChildLaborMany authors the cartoons and illustrations have already been sent in by children from different countries and are starting to be used as a basis for the campaign’s global campaign print.

The works should be sent to cartoons@itima.org with the highest possible resolution for printing as some of them will be printed to be placed on the wall in sizes 1, 5 and 2, 25 metres. They will also be published in the press and shared on the accounts of Twitter e Instagram and on Facebook @Cartoons4ChangeNow.

A world of children forced to work

According to Cartoons For Change, the European Union claims to respect human rights and children’s rights, but Europe is now the biggest financial beneficiary of misery and child labour in rural communities producing coffee, cocoa and many other agricultural products.
Switzerland claims to be a model democracy, but the Swiss Confederation has more children in its coffee, tea and cocoa supply chain than children in all Swiss schools.

Most of the “development aid” programmes of the United States, Canada, the European Union, Norway, Switzerland, the United Kingdom, Japan, etc. that claim to help eradicate child labour and reduce poverty not only fail to reduce it but also serve to hide the cruelty of the neo-colonial business models that are the real cause of poverty and therefore of child labour.

According to data from the International Labour Organisation (ILO), there are more than 152 million children in child labour in the world. According to Fernando Morales-de la Cruz, founder of Cartoons For Change, the ILO child labour figures underestimate the total number of exploited children.

The ILO estimates that there are more than 100 million working children in Asia and more than 30 million in Africa. This means that the total number of children working worldwide today may be very close to 300 million.

According to the blacklist published on 30 September 2020 by the US Department of Labor, Colombian children are exploited for the production of coffee, gold, coal, fruit, emeralds, sugar and pornography. See USDOL report. 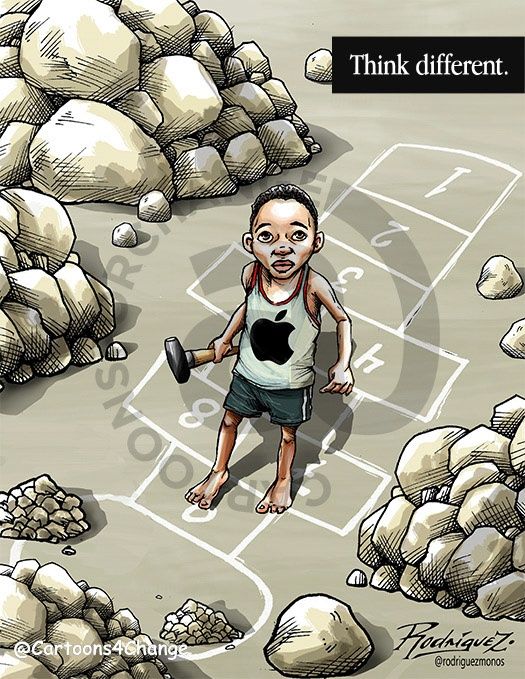 It is urgent to stop the exploitation of hundreds of millions of children. There are too many industries, such as chocolate, coffee, mining and many others where child labour continues to increase because it is so profitable for multinationals.

From field to mine

According to ILO figures, globally, child labour is mainly concentrated in agriculture (71%), which also includes fishing, forestry, livestock and aquaculture, and includes both subsistence and commercial agriculture; 17% of children in child labour work in the service sector; and 12% in the industrial sector, particularly in mining.

Cartoons For Change is also developing a special Teachers for Change project for teachers and students to research and study child labour in their respective countries and in the products they consume. Interested teachers can follow the project at his Facebook page.

The land of opportunity